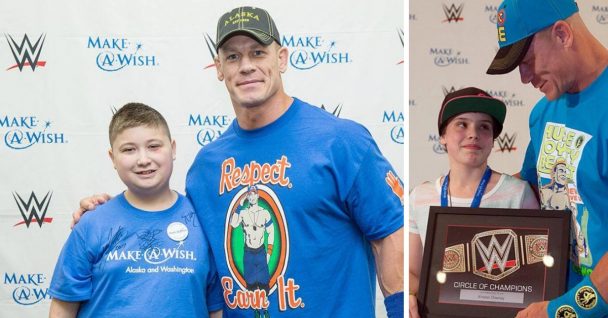 John Cena has officially reached a record with his work for Make-A-Wish. He has fulfilled dreams for 580 kids. That is more than any other celebrity in history! The most interesting part is that his first wish granted for Make-A-Wish was actually an accident. We bet you didn’t know that!

John Cena is a WWE superstar and now an actor. Turns out he is a really nice guy too! In 2004, he wasn’t very famous yet. He was pulled in to talk to one of the families from the Make-A-Wish Foundation. He described it as a life-changing experience and immediately wanted to grant more wishes.

Learn What John Cena Does Now Over A Decade Later 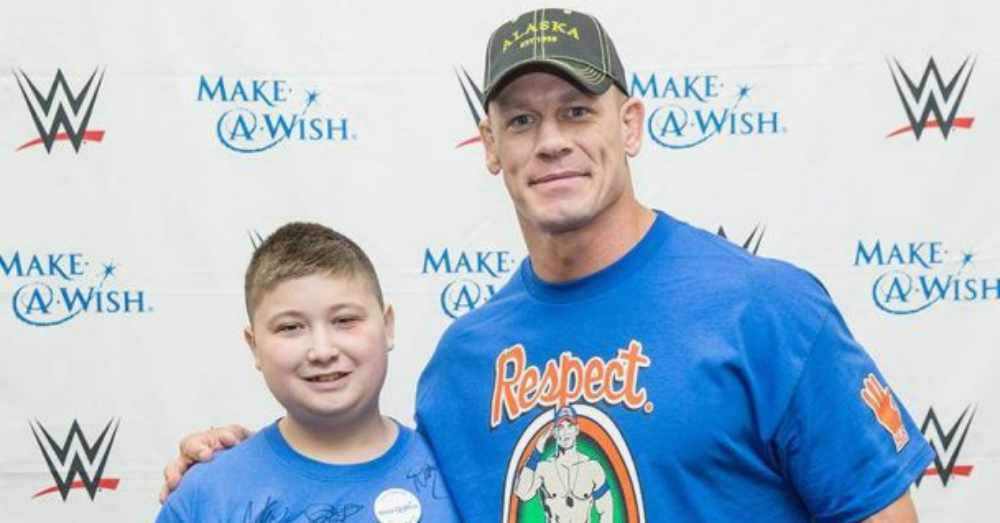 Now Cena is the most requested celebrity by kids in the Make-A-Wish Foundation. While he has granted 580 wishes, no other celebrity has done more than 300. Cena says that every wish is just as fulfilling and amazing as his first accidental wish. 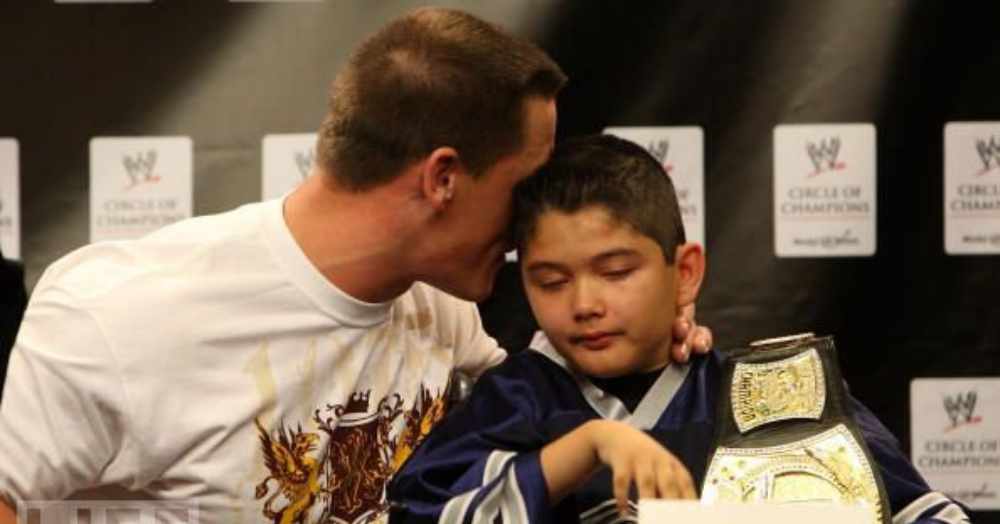 According to TODAY, Cena said, “They all stand out. The most important thing is making the experience special because it’s their wish. It’s a spectacular thing…When you give them happiness, they get an escape. You don’t know the power of hope. Hope can equate to time, and that’s absolutely priceless.” 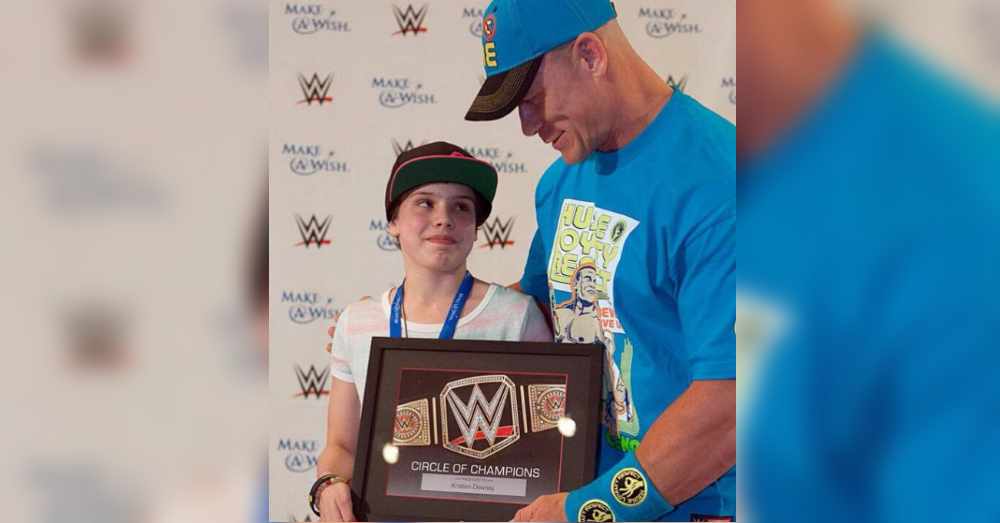 He believes that kids love him because he never gives up, just like them. The kids in the Make-A-Wish Foundation program are generally battling life-threatening illnesses and start to maintain a “never give up” attitude. These same kids watch Cena in the ring, where he is often down but never out! 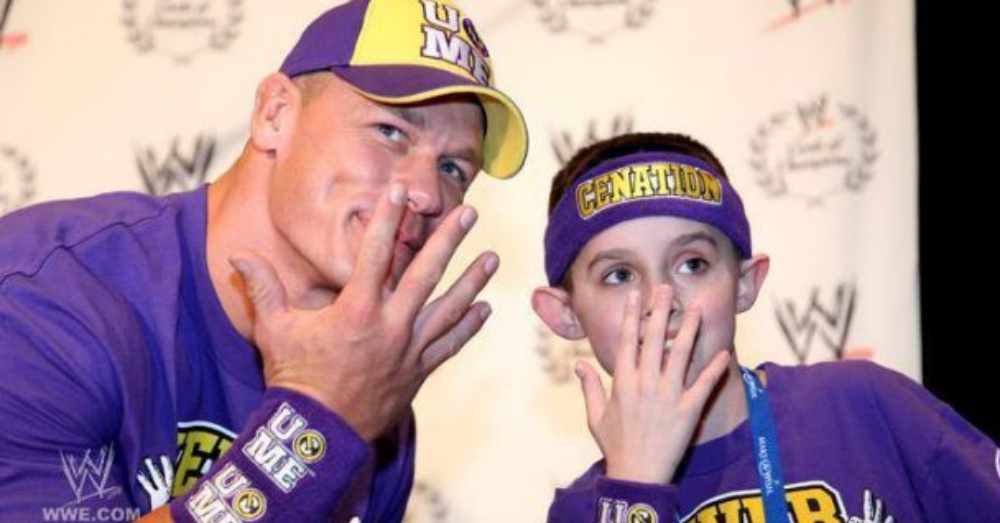 Cena said this is what connects him to the kids so much. He also said that it really gives him a new perspective. He said he thinks about when he gets sick and how grumpy he gets. Then he sees these kids battling something much worse and sees how positive and upbeat they are. He often tells the kids they inspire him more than he could ever inspire them. 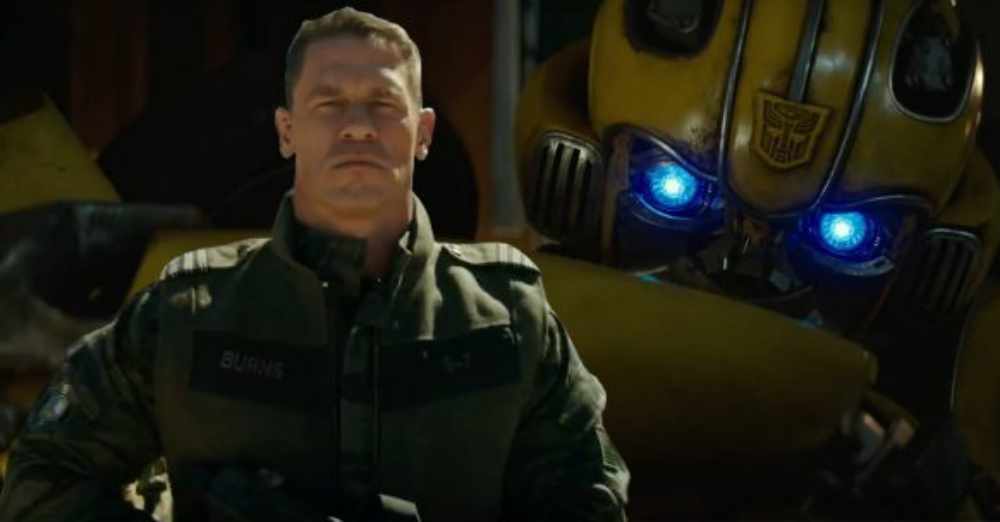 Cena starred in the new Transformers movie, “Bumblebee,” and recently invited 20 Make-A-Wish kids to an early screening of the film. What a nice guy! We hope to see John Cena continue to grant wishes for Make-A-Wish kids and their families. 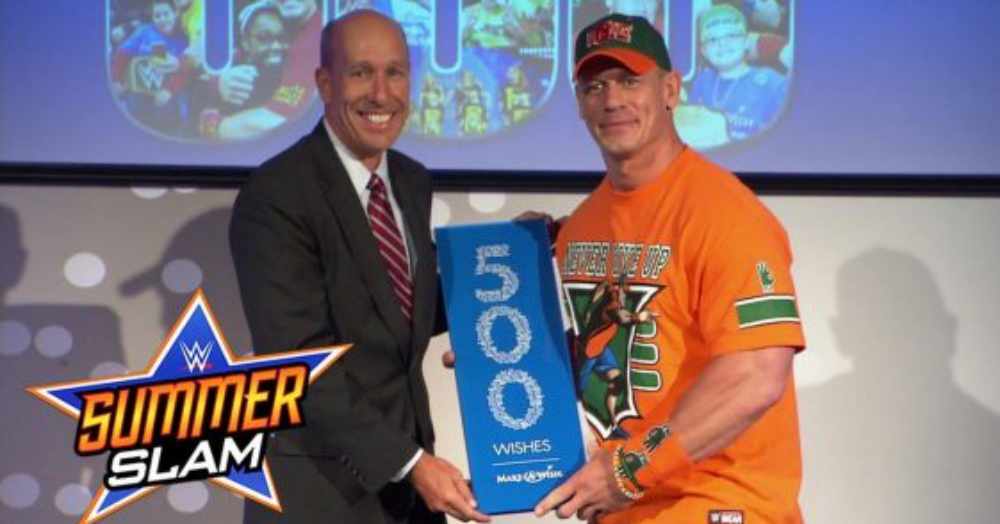 It isn’t just the kids that love Cena. Make-A-Wish Foundation is really grateful for him as well. According to TODAY, Shaina Reeser, Make-A-Wish’s director of entertainment and sports relations said, “Every moment he spends with a wish child, he shows that child that the impossible is possible; that hope is powerful. Wishes can give children the strength to keep fighting — and that strength is what John provides with each wish to meet him he grants.”

What do you think about John Cena? If you enjoyed this article, please SHARE with your friends and family!

Learn more about John Cena, his past, and his other work with charities:

Doctor Asks Terminally Ill Kids What Really Matters In Life — Here Are Their Answers: Click “Next” below!