New Parents Lose Their Baby, So Their Waitress Does Something Incredible For Them 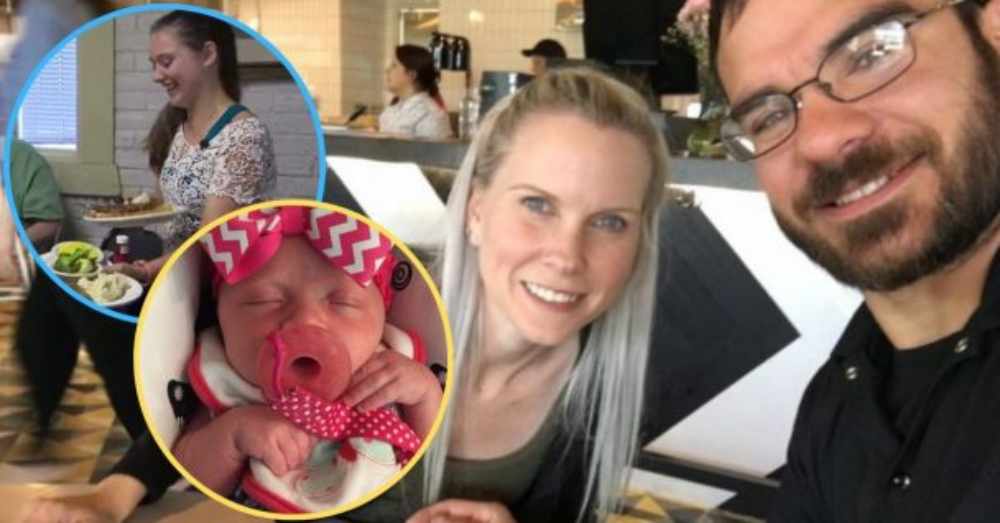 A set of new parents, Debbie and Shaun Riddle, had to experience the most horrifying thing any new parents could ever imagine dealing with; they lost their newborn to Sudden Infant Death Syndrome (SIDS). Before that, though, the two would often visit their favorite diner in Fort Worth, TX, called the West Side Cafe. It was a place for locals to meet and talk, and the Riddles particularly loved the kind waitstaff.

They had a favorite waitress who would always serve them. The Riddles would always bring their newborn in, a baby girl named Glory. But one day, the Riddles didn’t bring Glory with them to the cafe, and their waitress, Kayla, took notice of it. 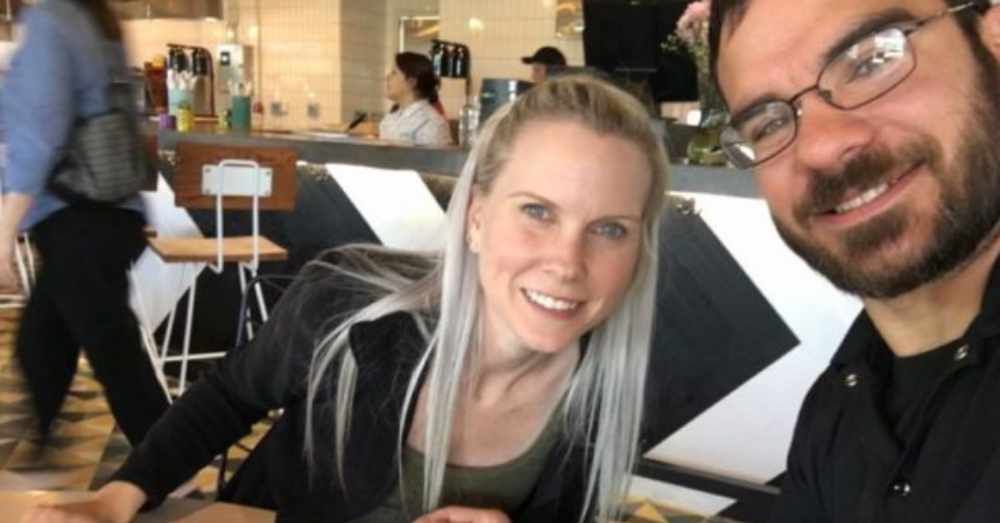 Kayla had noticed that not only was baby Glory not accompanying the two parents, but their usual cheerful demeanor had changed, and they seemed anything but happy. She decided to ask how Glory was doing, to which the couple had to sadly report to their waitress that their baby had died of Sudden Infant Death Syndrome, and doctors had no idea why it happened.

Kayla felt awful that she had even asked and caused the couple to relive the pain when they just wanted to go out to eat and probably get their minds off it. 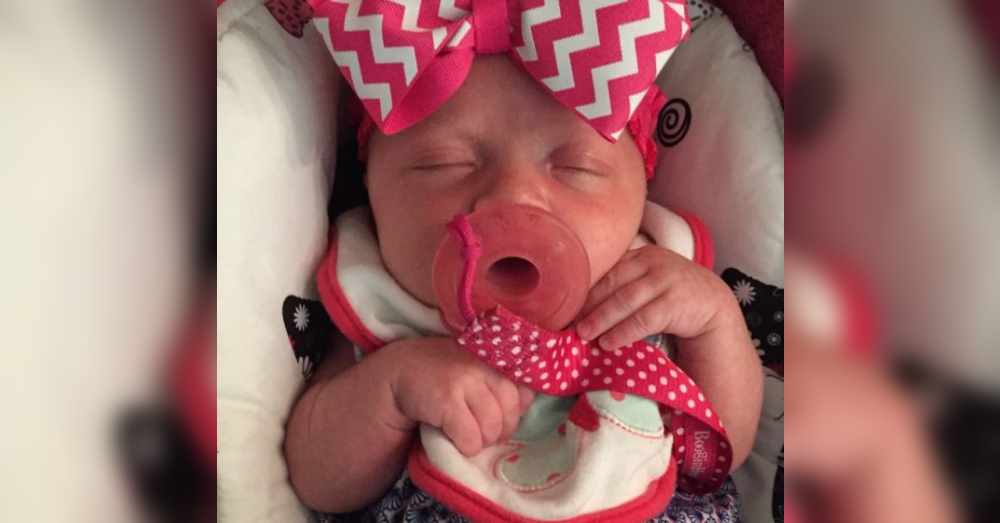 Kayla didn’t have any children but was an aunt to a little boy and sympathized with these parents, as she couldn’t imagine having to go through the loss of a child. She wanted to do something for them. When Debbie and Shaun were finished with their meal, instead of dropping the check on the table, Kayla dropped a slip of paper on the table with a note that read, “Your ticket has been paid for. We are terribly sorry for your loss! God bless. -The West Side.”

Kayla had paid for their meal in full out of pocket. The Riddles were completely touched by her act of kindness. 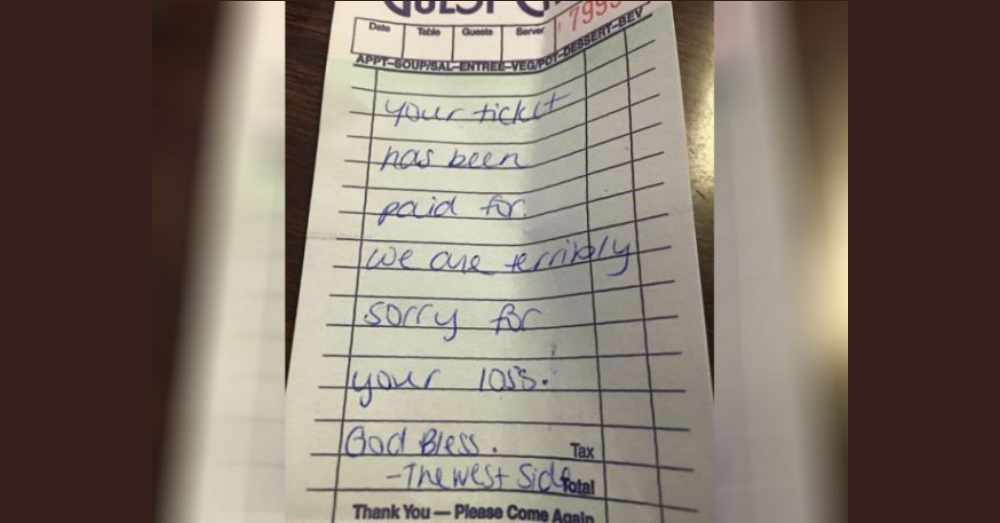 After Kayla extended this gracious act of generosity, the Riddles wanted to pay it forward. They chatted with the manager of the diner and found out that Kayla was working at the diner to help pay for school. So they started a scholarship program to help kids get through school, inspired by one of Glory’s onesies that said: “Kisses 25 cents – I’m saving for my college fund…”

Not only was the scholarship program a great way to keep their baby’s memory alive, but they were also helping Kayla and people like her trying to pay their own way through school. Kayla says she wasn’t expecting any form of reciprocation and just wanted to try and be of help to the grieving family, but she is “eternally grateful.” 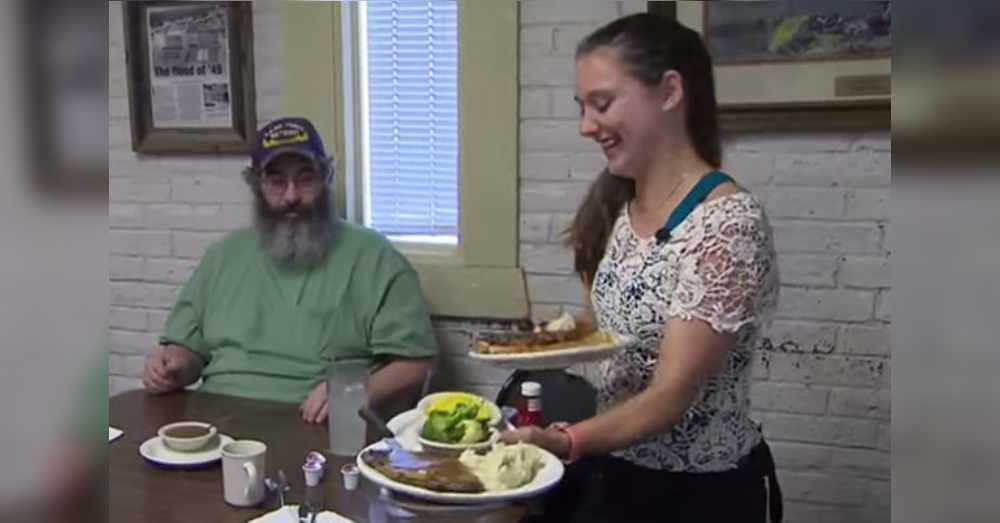 We can’t imagine how grateful this couple must feel to be surrounded by people who are so caring and generous during their hard time! Thank you, Kayla, for your kindness!

Walmart Employee Caught On Camera Responding To Customer’s Special Request: Click “Next” below!