Diagnosed With Breast Cancer At 24, Her Biggest Fear Wasn’t Death But Infertility

Emmy Rickert was only 24 years old when she was diagnosed with triple negative breast cancer, a very aggressive form of the disease.

Her biggest fear wasn’t the cancer, though — it was that she wouldn’t be able to start a family. She was young and had her whole life ahead of her. She wasn’t even married yet.

Her cancer diagnosis was just another terrible occurrence in a string of unfortunate health issues in her family that occurred over the span of only a few years.

Rickert’s dad underwent a heart transplant. Only eight months later, her mom died from a brain aneurism. Two years after that, she lost her aunt to breast cancer.

“I was really angry. I just kept thinking, ‘Okay, when is it gonna end?” Rickert said. “We’re kinda worn out.” 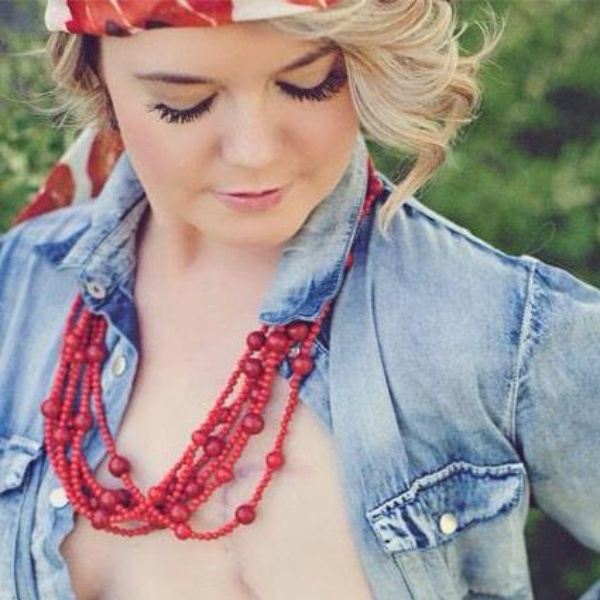 Two weeks after her aunt’s death, Rickert felt something on her chest.

“I was sitting at my desk, playing with my necklace and I noticed the top of my chest felt really bruised,” she told Wood TV8. “And so I felt a little deeper and noticed a definite lump.”

“Normally, I would’ve just waited or thought, you know, maybe I bumped something on it.”

But her aunt’s recent death made her pause. 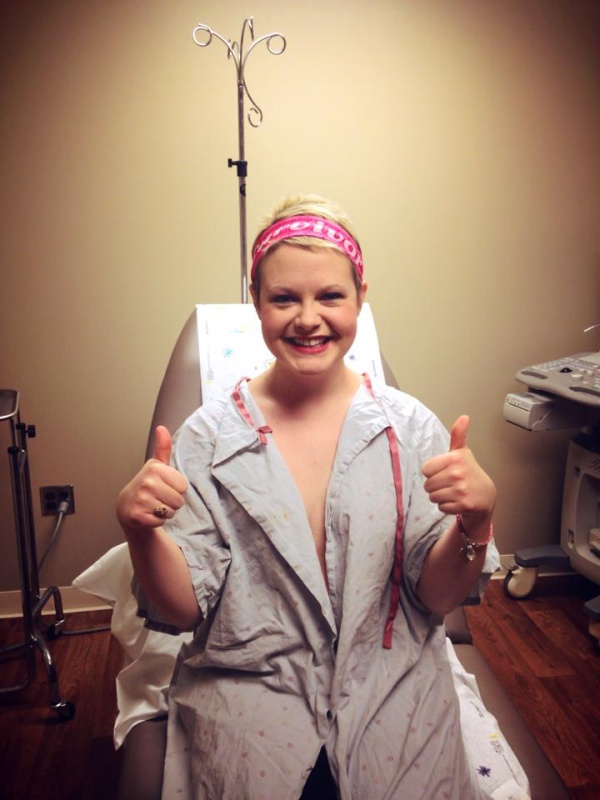 She immediately called her OBGYN. From there, she underwent an ultrasound and then a core biopsy. A few days later, she got the phone call telling her that she had triple negative breast cancer. She was already stage II. She also found out that she carried the BRCA2 gene mutation.

She underwent a mastectomy. Then she had to begin chemo. But before she did, she saw a fertility specialist and had her eggs frozen.

“I decided I’m not letting this take being a mother from me — whether it’s through, eventually, fertility procedures, or adoption, or if God gives me my own babies,” she said. 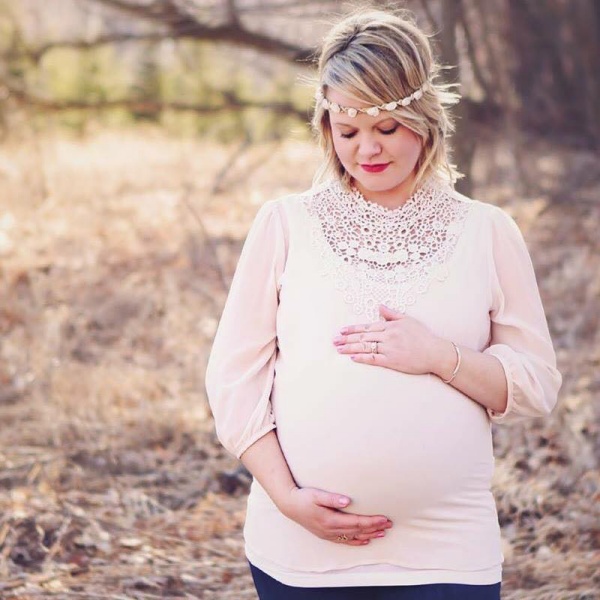 About a year after she completed chemotherapy, Rickert started dating her college sweetheart, Kelly Rickert, again, and they soon got married.

They wanted to start a family, but knew it would be a long road ahead of them. They expected it to take several years, and they started trying right away.

Much to their surprise, they conceived naturally. 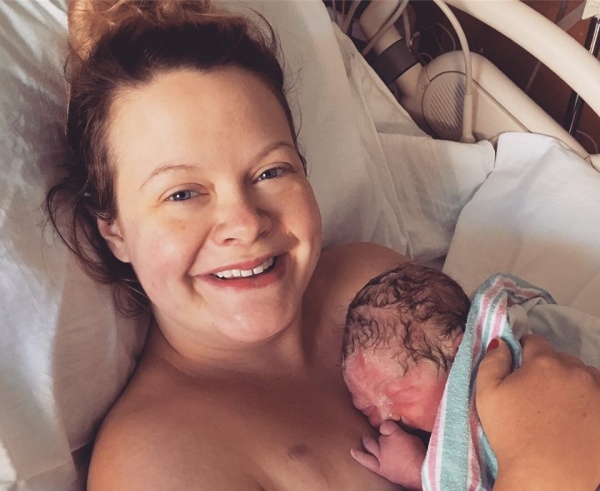 Their daughter, Grace, was born. Then, 18 months later, they welcomed Huck; 20 months after that, they had Boone.

The Rickerts feel incredibly blessed, and don’t take their sweet family for granted.

“I’m so thankful still when I look at them,” Rickert said. “I tell them that, ‘Even when you guys are being stinkers, I love you so much!'” 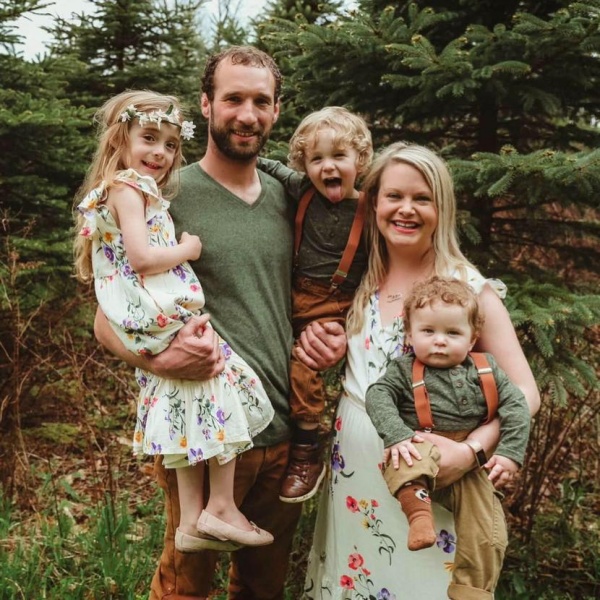 Rickert has since been a big advocate for looking after your breast health and being aware of your body. In one Facebook post, she wrote: 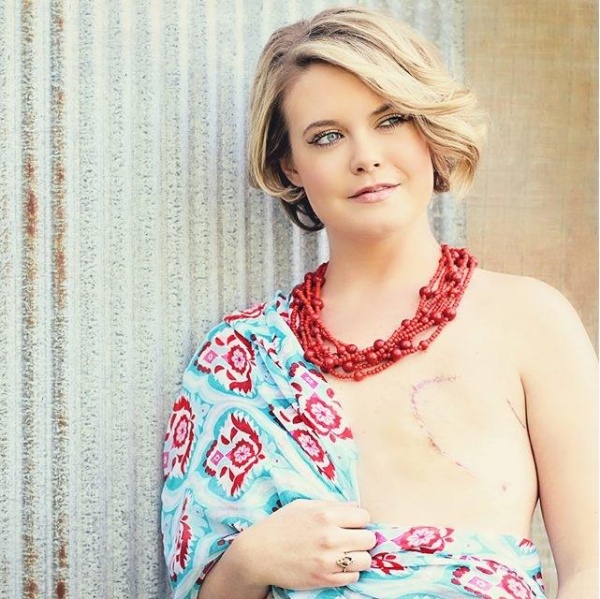 In April of 2017, Rickert found out that Susan G. Komen had named her their Survivor of the Year, and she was floored. She realized her battle with breast cancer and all the blessings she’d received since were just part of God’s plan.

“Yesterday, I received news that has humbled me to the highest degree. Susan G. Komen Michigan has named me their Survivor of the Year. When diagnosed with cancer, I asked God why. How could this possibly be the right plan for my life? I could find no reason, no answer besides Him needing me to be a bright light for others. I know now that His plan and path for my life is more splendid than I could have ever imagined. The tapestry He has woven for me is something that humbles me every day. To God be the Glory. And cancer, I will ALWAYS fight back because being a Survivor is a never ending quest. In it to end it!” 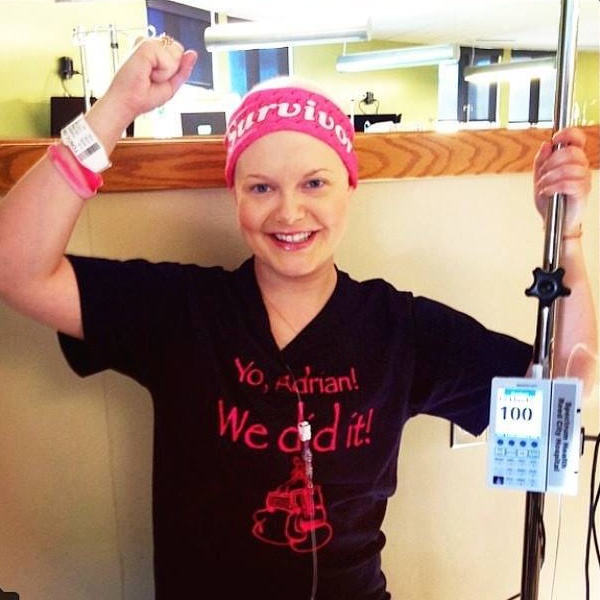 It’s been more than six years since her diagnosis, and Rickert is still cancer-free.

Eventually, she plans to get an oopherectomy, since she has a 40% chance of developing ovarian cancer as well.

We are so glad that she was able to have the children she dreamed of, and that she’s happy and healthy!