Fasten your seat belts, ladies and gentlemen. It’s time for some science.

For years, researchers have been watching, confused, as certain types of aggressive cancerous cells—including triple-negative breast cancer cells—forced healthy cells within tumors to produce faux viruses, which then helped the cancer grow and resist treatment.

Now they’re beginning to understand exactly how the process works. And while the discovery isn’t exactly a cure in and of itself, it is a step in the right direction that we’re very happy to be able to take. Lead researcher, Andy J. Minn from University of Pennsylvania, says:

“We’ve been studying this problem for many years, and it’s a puzzle we were motivated to solve because cancers with this kind of anti-viral signaling can be particularly aggressive.”

When an aggressive cancer cell comes into contact with a healthy fibroblast (also known as a builder cell), the cancer cell sends a signal to the fibroblast, causing it to release little bubbles called exosomes that contain a particle known as RN7SL1, which helps sort and secrete proteins within the cell.

This RN7SL1 molecule is a piece of RNA, a valuable part of the cell’s “equipment,” so viruses love when it’s out in the open and ready to be “borrowed” for their own use. The cancer cells recognize the presence of RN7SL1 as meaning there is a virus at work somewhere nearby. And that triggers the cancer cells to produce increased levels of interferon-stimulated genes (ISGs), which cause them to ramp up the rate of cellular reproduction and their resistance to treatment, making the already aggressive cancer even more aggressive and difficult to eradicate.

Hopefully this new discovery will help scientists develop future treatments for aggressive cancers that will work better than the currently available treatments. “Now that we understand how the exposed RNA is generated,” says Minn, “we can look to potential therapeutic targets.” 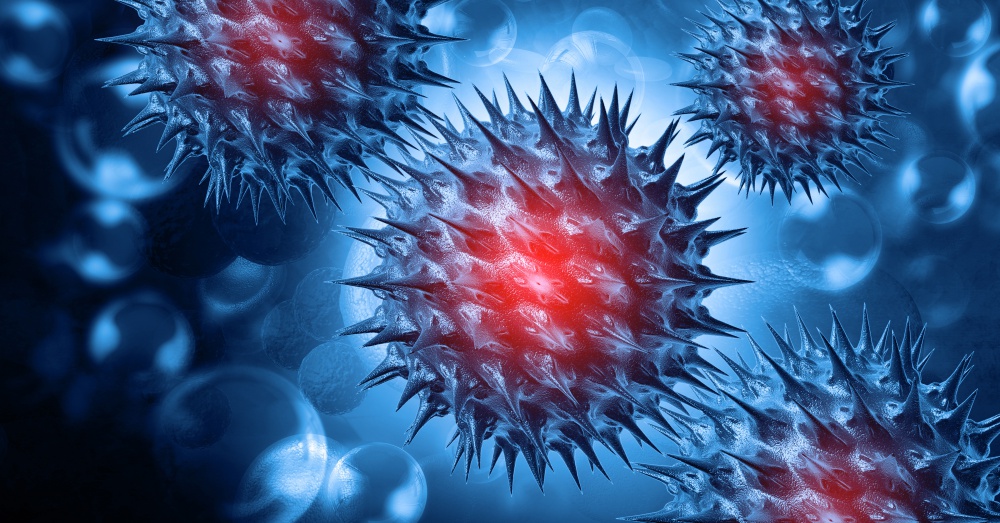 This new knowledge could also serve as a resource for new diagnostic tools. Blood tests can show how much RN7SL1 is exposed in the body, allowing doctors to get a better idea of how aggressive an individual’s cancer will be.