Man Gets His First Haircut In 15 Years To Join The Army, Donates It To Children In Need

We have probably all seen video of new recruits getting their hair cut but one man went above and beyond. It was the first time he had his hair cut in 15 years and he got 150 inches chopped off of the length so he was ready to enlist in the military.

Reynaldo Arroyo, 23, from Riverside, California decided to do something good with the hair, so he donated it to provide wigs for children suffering from alopecia or going through chemotherapy.

A video was shared by the Salt Lake City Army Recruiting Battalion that showed the moment Reynaldo sat in the chair and the scissors came out. It was posted on their Facebook page.

The 23-year-old man shows his ponytail to the camera that extends the entire length of his back. He says that he is ‘really excited to be enlisting in the Army’.

You then see Reynaldo in the barber’s chair, having his hair separated into groups while the woman makes it look like child’s play to remove the sections from his head.

The expression on his face as she puts the strands of hair into his lap is priceless. 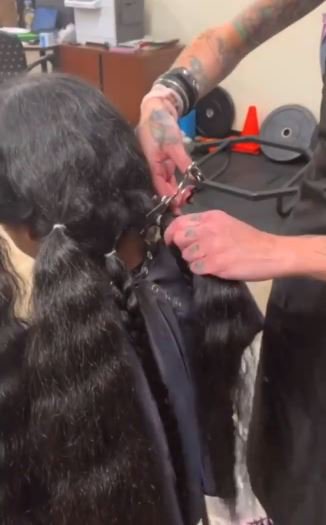 The Army has a strict code as far as the hairstyle is concerned. Soldiers must have a ‘neat and conservative’ cut to ‘maintain uniformity within a military population’.

“The hair must… conform to the shape of the head, curving inward to the natural termination point at the base of the neck. When the hair is combed, it will not fall over the ears or eyebrows, or touch the collar, except for the closely cut hair at the back of the neck.”

At the end of the video, he gets both sides of his head shaved and then reveals his new hairdo along with a bag of hair. 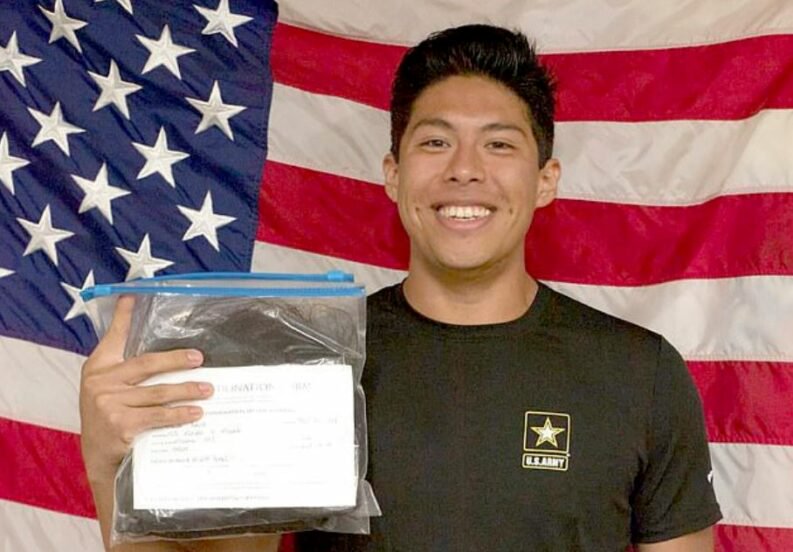 Locks of Love would be receiving the donated hair from the recruit. They are a nonprofit charity that collects donated hair then makes wigs for children who are up to the age of 21. Those children may need wigs because they suffer from alopecia or have gone through cancer treatments that caused hair loss.

Reynaldo summed things up nicely when he said: ‘Hopefully, some lucky little girl is going to get it’.

I love to write and it keeps me busy. I've been working online, full time since 1999.
Whizzco