Laura Elliott has been through a lot over the past year, and she’s starting 2019 with a generous spirit.

Her battle with breast cancer began in late 2017. After years of discomfort, she had finally undergone breast reduction surgery. But when she went in for her 6-week follow-up appointment after that surgery, she was told that she had some concerning test results.

Just two days later, she was diagnosed with breast cancer.

Elliott and her husband, Steve, have been together for 15 years, and were planning on tying the knot in 2018. In fact, they were in the midst of planning their wedding when Elliott was first diagnosed.

She was sent to the Cross Cancer Institute, and was told she needed a double mastectomy.

Her life became even more stressful two weeks after her diagnosis: her mom, Judy Jackson, was told she had breast cancer. She would eventually undergo surgery, radiation, and chemotherapy.

The two women relied heavily on each other through their treatments, though they were far apart; Elliott lives in Fort Saskatchewan in Alberta, Canada, while her mom lives in South Brook in Newfoundland. But being able to swap notes and lean on each other was a precious blessing in the midst of all the uncertainty.

Elliott’s treatment center was close by, only a half hour away. However, her mom had to travel five hours away, to St. John’s in Newfoundland, in order to get radiation. Fortunately, her brother lived there, so she was able to stay with him at no cost.

But lots of other cancer patients traveling for treatment don’t always have ready access to accomodation, they soon found out. And the cost of traveling can add a huge financial burden on top of already mounting medical bills.

“We did some research, and there’s a lack of accommodations for people that are dealing with cancer,” Elliott told CBC News in Newfoundland. “People staying in expensive hotels, and then gas and food on top of that. I’m sure it would have been a nightmare.”

So Elliott and her husband decided to help cancer patients who needed someplace to stay.

They cozied up a spare bedroom and guest bathroom, as well as their laundry room. They shared the free accommodation offer on social media, and even registered the spare room with cancer charities to help spread the word.

The only requirements the Elliotts have for their potential visitors are a doctor’s note and a pre-consultation with each person, as the Elliotts “want to feel 100% comfortable” with who they are allowing into their home.

Their original Facebook post on November 8th went viral. It was shared over 14,000 times and got over 11,000 reactions, with thousands commenting on the post as well. 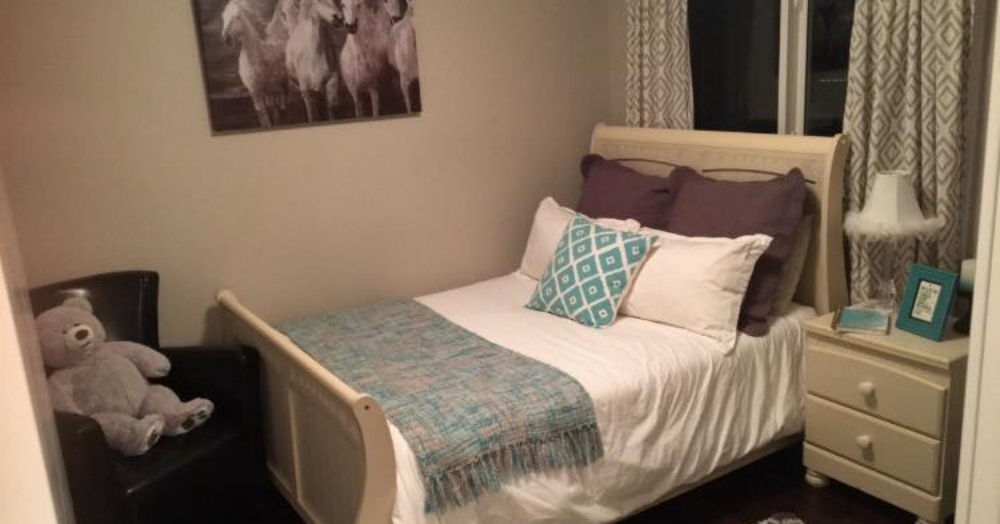 Both Elliott and Jackson are currently cancer-free, though Elliott will have another surgery later this year, and Jackson will start her reconstruction surgery this year.

Elliott said, “To be there for somebody else, to help them through their journey, to add a positive vibe to their life, is what brings happiness to us.”

If you’re a cancer patient interested in free lodging for appointments in Edmonton, contact Laura at lauraelliott77@hotmail.com.