Radiation therapy can now be given in higher doses over a much shorter time period thanks to a device called the GammaPod.

As opposed to conventional methods that deliver radiation to healthy areas of the body as well as cancerous ones, GammaPod uses stereotactic body radiotherapy (SBRT) to deliver radiation to one highly targeted area. This gets radiation into the cancerous area quickly and safely, sparing healthy tissues and organs surrounding it.

Standard radiation treatments can happen five days a week for three to seven weeks. But GammaPod can deliver the same amount in a fraction of the time, completing treatment in only one to five sessions.

Here’s how it works. 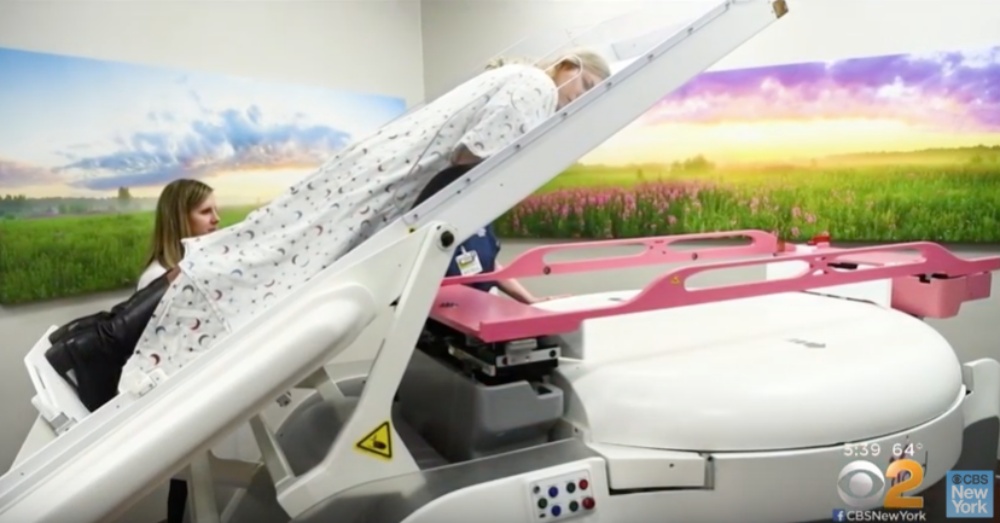 First, the breast is fitted snugly into a double-layered breast cup tailored to the patient’s size. The inner cup and outer cup are joined together with a silicone flange that helps secure the cup to the breast. The outer cup contains a sterotactic wire. Air is vacuumed out of any space between the cups to keep them in place. 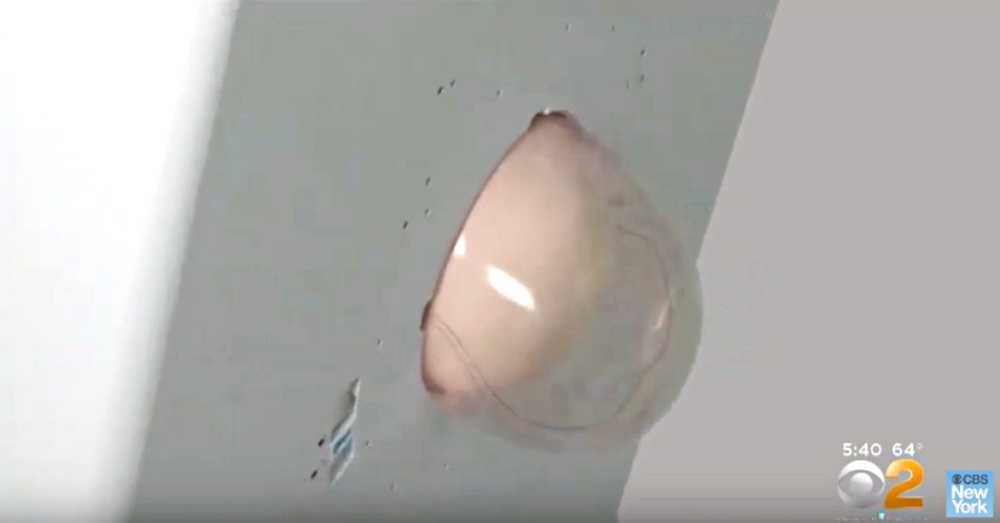 The breast cancer patient steps into the GammaPod loader with the cups already secured on her body. Then the loader rotates her into a prone position (face-down), with her breast hanging down. Gravity pulls the breast naturally away from the chest wall, keeping the lungs and hearts safe from the radiation.

The breast and cup fit neatly through an opening in the pod, and are then secured in place to eliminate any movement during treatment. 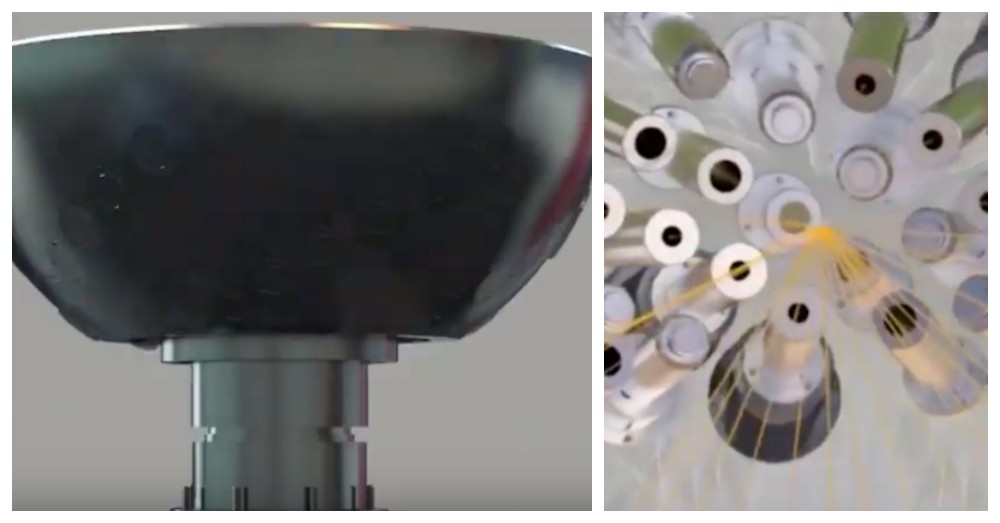 The radiation system is set up beneath the patient. Dozens of thin beams of radiation coming from multiple angles focus on the targeted area. Each beam has a small amount of radiation, but when combined, the dose is strong. All of the beams hit the tumor location at once, treating the area quickly and efficiently, while avoiding blasting just one area of the skin.

This, in turn, reduces side effects. 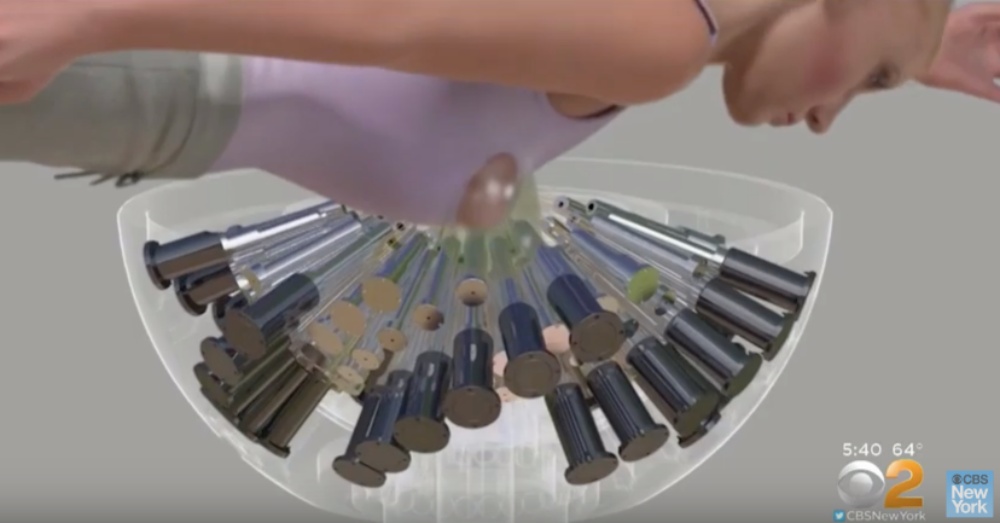 GammaPod is designed for women with early-stage breast cancer who have already undergone a lumpectomy. The beams targets the cavity the lumpectomy left behind as well as the tissue just outside of it. 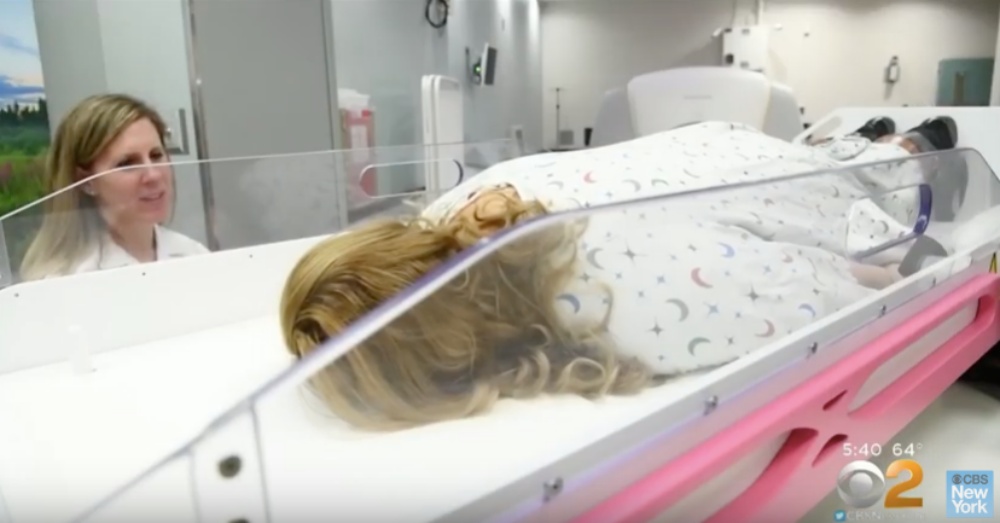 “We can actually deliver a little bit of a higher dose of radiation per day for a shorter time frame, and that can shorten treatment from a daily treatment, Monday through Friday for four weeks down to just days of one to five treatments,” Dr. Nichols told CBS News. “We’re seeing that fatigue is significantly less for women undergoing therapy and the skin reaction is also significantly improved.” 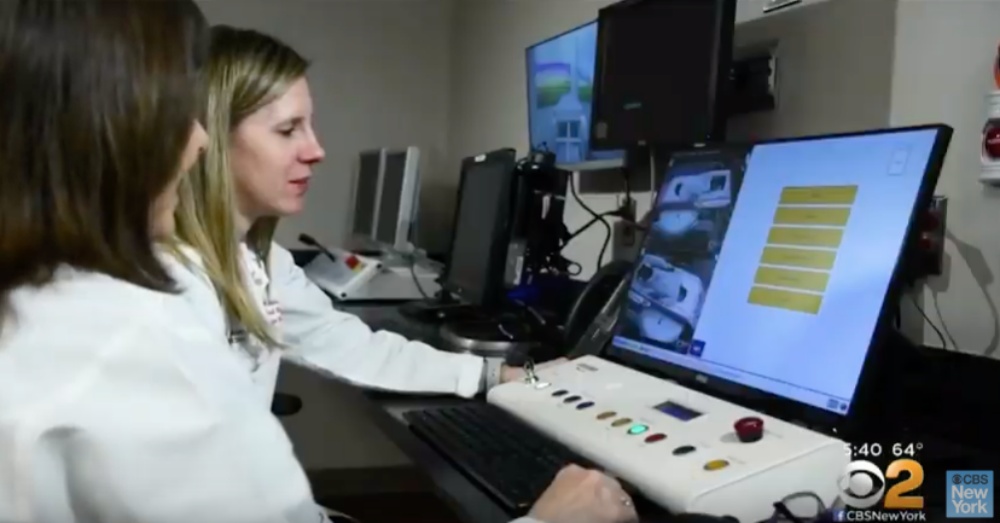 Currently, the GammaPod is only meant for patients with early-stage breast cancer who have already had a lumpectomy. However, Dr. Nichols is looking into beginning clinical trials using the GammaPod as a standalone treatment for elderly women with early, non-aggressive cancers.

New Cone Beam Breast CT Takes 10 Seconds And Is More Accurate Than Mammogram: Click “Next” below!