33-year-old Willie Gilmore is a huge Garth Brooks fan. She grew up listening to his music in Spokane, Washington, and was thrilled when her husband surprised her with two tickets to see his show.

But Willie wasn’t just going to celebrate good music—she was fighting breast cancer and had just completed chemo. She went to the concert with newly growing hair on her nearly bald head and a sign that said, “Livin’ with breast cancer, dyin’ 2 meet Garth.” 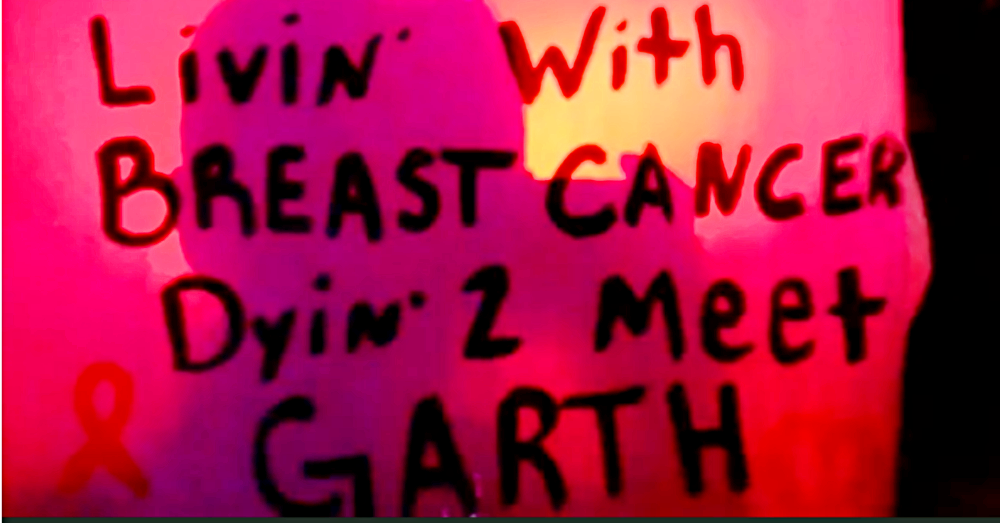 The day of the concert, one of Garth Brooks’ concert promoters saw Willie’s sign and handed her two tickets for spots right in front of the stage! Willie was on cloud nine. “Throughout the concert, Garth had acknowledged me… when he came out onto the stage my hand was one of the first hands he grabbed.” But there were more surprises in store for Willie! 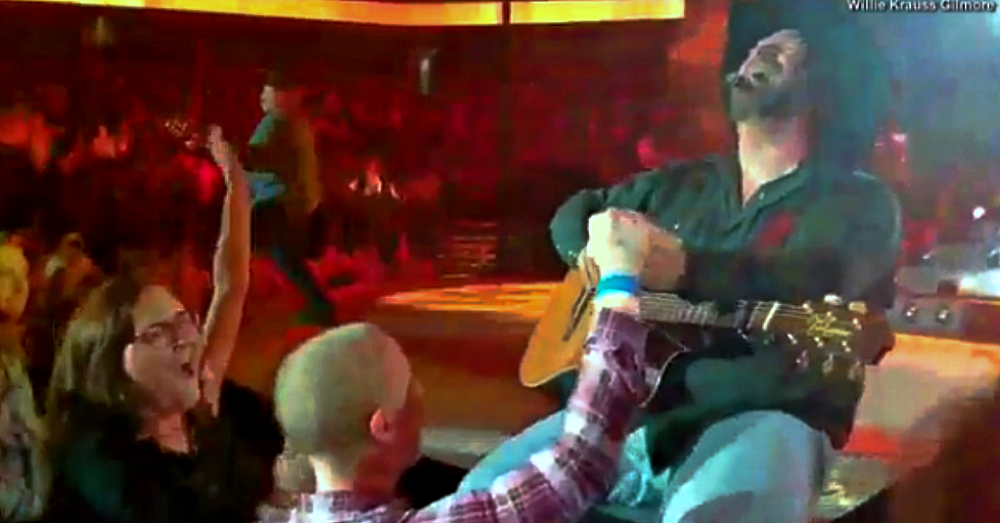 During the song, Standing Outside The Fire, Garth sat down on the stage right in front of Willie and serenaded her. She must have felt like the only person in the arena!

Garth then reached out and stroked the newly growing hair on Willie’s head. She grabbed his hand and lifted her sign high. “At that moment, I could’ve died a happy woman,” Willie said. 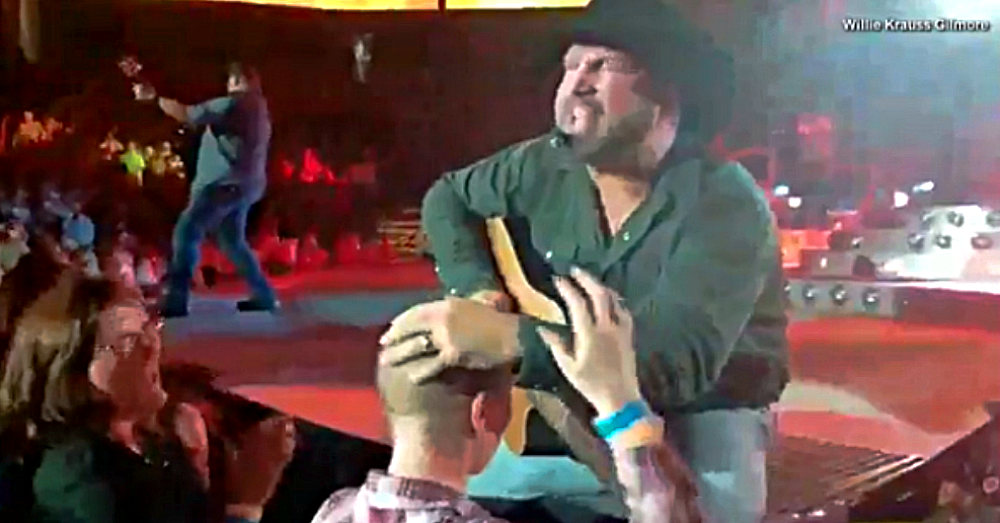 At the end of the song, Garth handed Willie his guitar as a memento of their meeting. Willie says that the guitar is priceless to her, and it’s not surprising.

Willie’s doctors expect her to reach full remission. She says that she always knew she was going to be okay and is grateful for her journey. 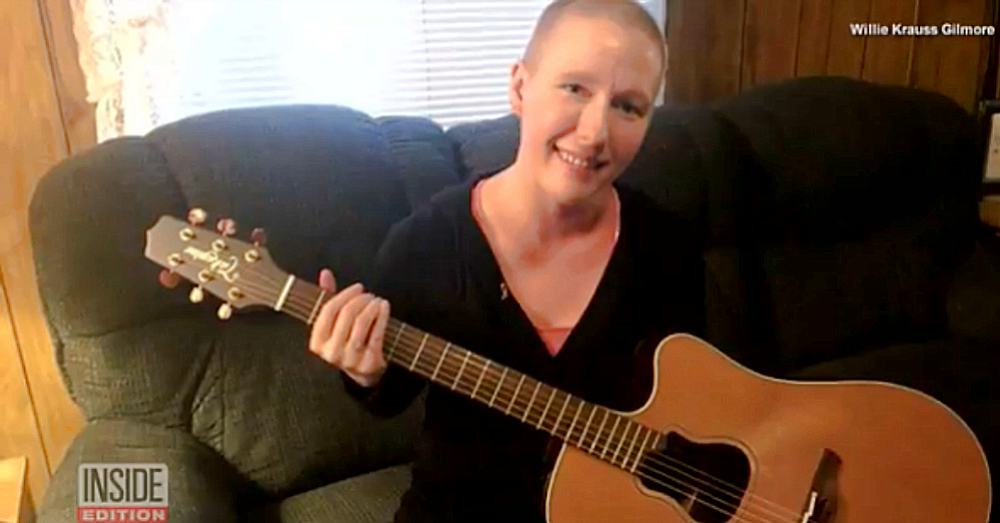 We are always encouraged by people like Willie who share their stories of hope, and we’re grateful to people like Garth Brooks who show love and support to those fighting cancer! Keep fighting!