If you want to learn the secret to living a long life, it makes sense to start with the people who have already lived long lives — like centenarians. While some centenarians may wax poetic about the importance of eating healthy or exercising every day, other say it comes down to genetics.

One woman, Susanna Mushatt Jones, credited eating bacon as the reason why she was able to live to the ripe old age of 116.

In 2015, Holiday Retirement commissioned a national survey of American centenarians. They wanted to hear from real people who were able to live past 100. These centenarians were asked different questions, and one question asked what it took to live a long and meaningful life.

The “secrets” that were revealed touted spending time with family, saving money from an early age, refusing to run away from your problems, and maintaining physical activity.

Butt it was a 109-year-old Scottish woman’s response that has captured the most attention. People just loved her anything-but-typical “secret.” 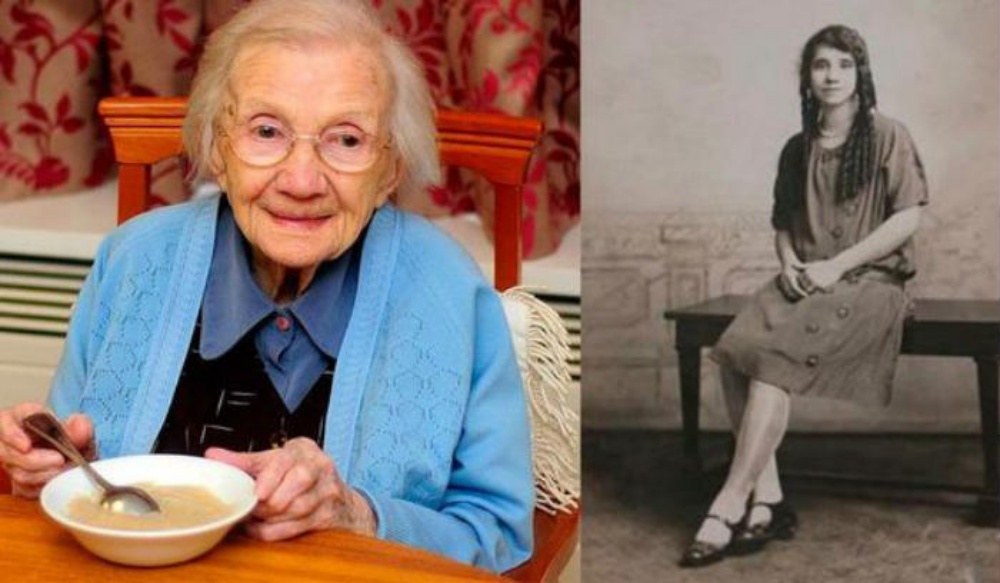 Jesse Gallan was born in 1906 on a farm in Kintore, Scotland. She had six siblings — five sisters and one brother — and all seven of them lived in a small, two-room cottage. They shared straw-filled mattresses when they slept. Gallan went to school for a little while, but soon left to work in a farm kitchen. After that, she worked as a housemaid for a wealthy man in the city. She continued her career in the service industry in both the country and the city.

When she no longer wanted to live on her own, Gallan moved into a residential care facility for senior citizens.

One of her support workers told a local news station all about the sweet old woman. “Jessie is a lovely woman. She has got her best friend here, Sarah Jane, and they are always together. She likes her music and likes her exercise class and is a very independent person. She is always walking about.”

Gallan certainly seemed like a centenarian who could also add “being active” and “social life” to reasons why she lived so long!

Before she passed away in 2015, she revealed the secret to her long life — and it was one that many probably hadn’t heard before!

“My secret to a long life has been staying away from men. They’re just more trouble than they’re worth.”

She did also add that a specific food could be partly responsible for her longevity.

“I like my porridge. I have all my life.”

While Gallan didn’t actually mention any of the previously covered survey points (like an active lifestyle), she did live them. She was social and kept her energy up by staying active. And for her, steering clear of men helped even more!

Gallan’s “secret” is certainly intriguing, and good for a giggle. Seems like maybe the secret to life is doing whatever you can to keep going — and keeping on top of healthy habits, too.

Perhaps you, too, will be able to live into your hundreds!