Our wedding days are events in our lives that we’ll always remember. Whether it’s walking down the aisle brimming with nerves and excitement, the first dance, or signing the all-important marriage certificate, weddings are full of special moments, and the memory will always stay with us.

The father-daughter dance is something that’s a big deal to many brides. This was the case for Mary Bourne Roberts, a new bride from Alabama.

On her wedding day, she danced with her father, Jim — but it wasn’t your typical dance. 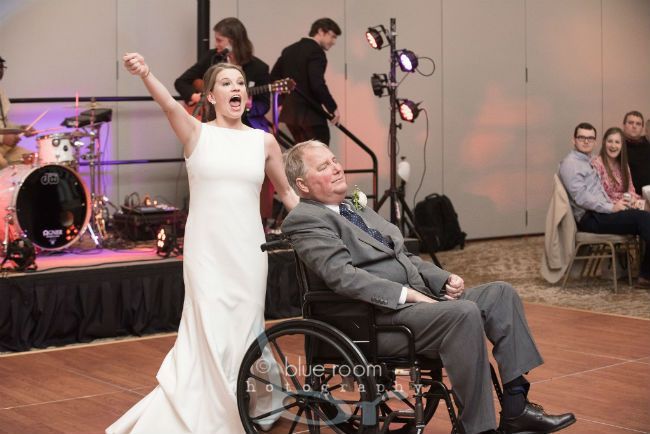 As Lee-Ann Womack’s “I Hope You Dance” began to play over the speakers, Mary wheeled her father, who’s terminally ill, onto the dance floor. Practically everyone was teary-eyed as they began to dance.

Jim has glioblastoma, a type of brain tumor that is inoperable and untreatable for him. He was diagnosed last year, and at the time of his daughter’s wedding, he was in hospice. In the weeks leading up to his daughter’s special day, he wasn’t even sure if he would be able to make it.

Mary smiled with joy as she pushed her father around the dance floor. Jim teared up and sang along to the song. The dance was bittersweet, but also beautiful.

Blue Room Photography captured the duo’s dance on video, and when it was posted to social media, it quickly became viral.

As of this posting, it’s been watched upwards of 600,000 times on Facebook.

The dance was so important to Mary, who was determined to be on the dance floor with her dad.

“We weren’t sure how he was going to even feel that day,” Mary said about the dance. “We just knew that we were going to do it somehow.”

Jim’s wife, Tracy, said that the dance meant the world to him, too.

“It was such a good thing to happen to him,” she told AL.com. “He would have cried through the whole thing even if he’d been on his feet.”

“It was a great day for him, a beautiful, perfect day for all of us.” 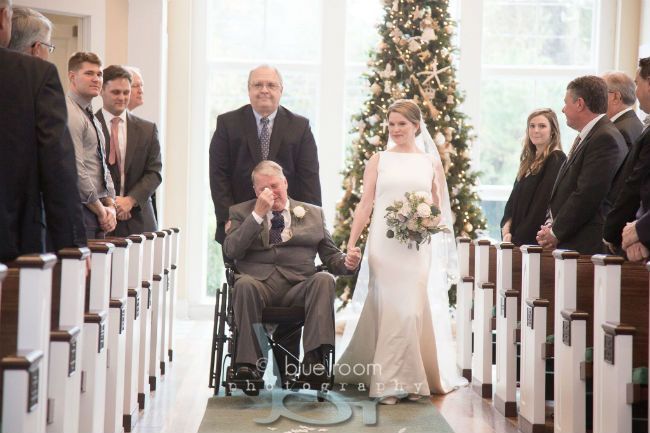 In addition to being able to share the dance floor with his daughter for the father-daughter dance, Jim was also able to escort his daughter down the aisle, with the assistance of a guest pushing him along.

Though Mary’s family is thrilled with the attention the video has received, they can’t say they’re surprised that it’s captivated so many hearts.

“It’s been great to see people touched by the love they share – we’re used to seeing it all the time!” Tracy said.