This isn’t exactly a “feel-good” story, but it’s one that will touch your heart. A 4-year-old boy’s life ended much too soon, due to the monster known as cancer.

But little Nolan Scully will make you believe that the world has exceptional people in it, even if their time here is brief.

The last words that Nolan ever spoke were to his mama. He said, “I love you.” 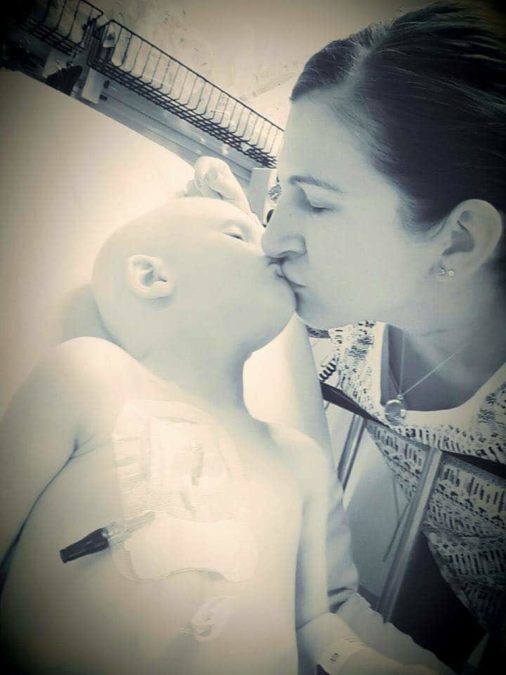 Nolan had a disease called rhabdomyosarcoma, which is a type of rare soft tissue cancer. He was only three years old when he was first diagnosed. It took a lot out of the little sweetie, but it couldn’t take away his joy.

He talked a lot about his impending death as his health deteriorated, and he told his mom that he would wait for her in Heaven.

Though his life was short, Nolan’s smile and story touched the hearts of so many people. Over 335,000 people followed his story on Facebook.

“Every battle he’s had, he just bounced back, unbelievably,” said Mark Bell, a family friend and Chief of the Leonardtown Volunteer Fire Department. “You knocked him down, he just came back and ran.”

Nolan dreamed of being a policeman, and while he was in the hospital, the local police department made his dream a reality. Nolan was sworn in as “Sergeant Rollin’ Nolan” by the city’s police commissioner. Then a couple fire departments followed suit, also making him honorary members of their teams.

When Ruth, Nolan’s mom, realized her little boy wasn’t going to survive, it was so difficult.

“We were sat down with his ENTIRE team,” she said. “When his Oncologist spoke, I saw the pure pain in her eyes. She had always been honest with us and fought alongside of us the whole time. But his updated CT scan showed large tumors that grew compressing his bronchial tubes and heart within four weeks of his open chest surgery. The Mestatic Alveolar Rhabdomyosarcoma was spreading like wild fire. She explained at this time she didn’t feel his Cancer was treatable as it had become resistant to all treatment options we had tried and the plan would be to keep him comfortable as he was deteriorating rapidly.” 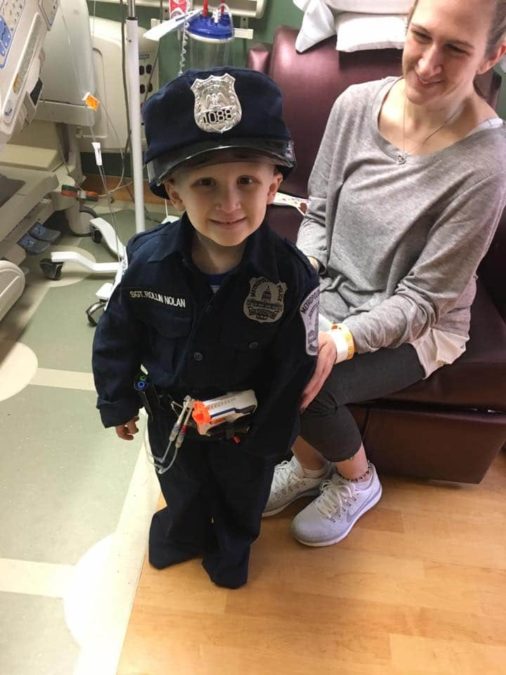 Ruth knew that she was going to have to be honest with her little boy, and the conversation went like this:

Me: Poot, it hurts to breathe doesn’t it?
Nolan: Weeeelll…. yeah.
Me: You’re in a lot of pain aren’t you baby?
Nolan: (looking down) Yeah.
Me: Poot, this Cancer stuff sucks. You don’t have to fight anymore.
Nolan: (Pure Happiness) I DONT??!! But I will for you Mommy!!
Me: No Poot!! Is that what you have been doing?? Fighting for Mommy??
Nolan: Well DUH!!
Me: Nolan Ray, what is Mommy’s job?
Nolan: To keep me SAFE! (With a big grin)
Me: Honey … I can’t do that anymore here. The only way I can keep you safe is in Heaven. (My heart shattering)
Nolan: Sooooo I’ll just go to Heaven and play until you get there! You’ll come right?
Me: Absolutely!! You can’t get rid of Mommy that easy!!
Nolan: Thank you Mommy!!! I’ll go play with Hunter and Brylee and Henry!!” 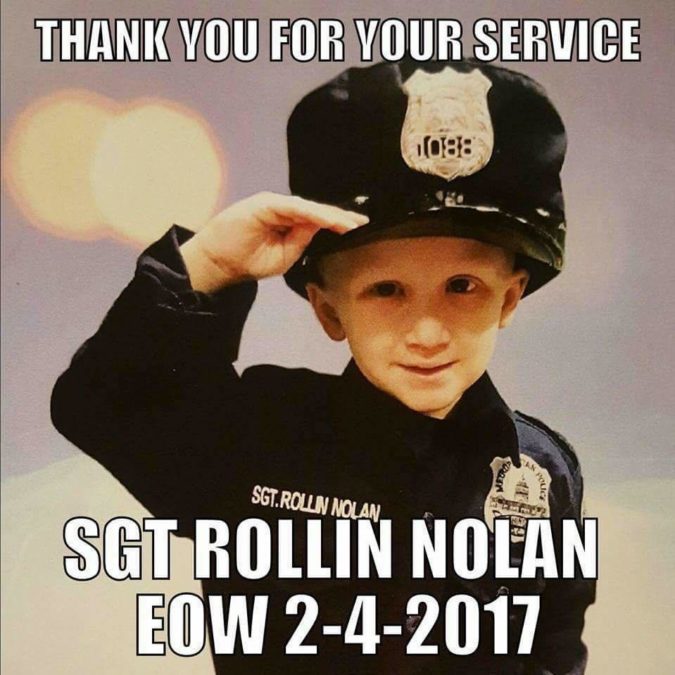 In a matter of days, Nolan’s final moments came.

Ruth headed to the bathroom at one point, and Nolan began to slip away. The whole medical team was there when Ruth came back, and Nolan had one more gift for his mommy.

“I ran and jumped into bed with him and put my hand on the right side of his face. Then a miracle that I will never forget happened…

“My angel took a breath, opened his eyes, smiled at me and said ‘I Love You Mommy’, turned his head towards me and at 11:54 pm Sgt. Rollin Nolan Scully passed away as I was singing ‘You are My Sunshine’ in his ear.”

The local policemen and firemen who knew Nolan gave him a hero’s sendoff. They gave him a special escort to the cemetery where he was laid to rest.

This little child touched so many people in his short life. His courage and sweet smiles showed us that it’s possible to endure difficult times with love.