A couple years ago, four little girls met at Johns Hopkins All Children’s Hospital in St. Petersburg, Florida. They discovered they all had a terrible thing in common: cancer.

But because of the time they spent together at the hospital, something very special happened — they became best friends.

Their names are McKinley, Chloe, Ava, and Lauren, and ever since they met each other, they’ve tried to be with each other as much as possible.

Now they’ve reunited for a “survivors” photoshoot to celebrate the beautiful fact that all of them are cancer-free!

The little girls weren’t the only ones who bonded and are thrilled to be reunited. Their moms became friends, too.

“From the standpoint of a mom, too, having other moms to relate to has been phenomenal,” Karen Moore, McKinley’s mom, said. “Just to have other people going through it at the same time as us.” 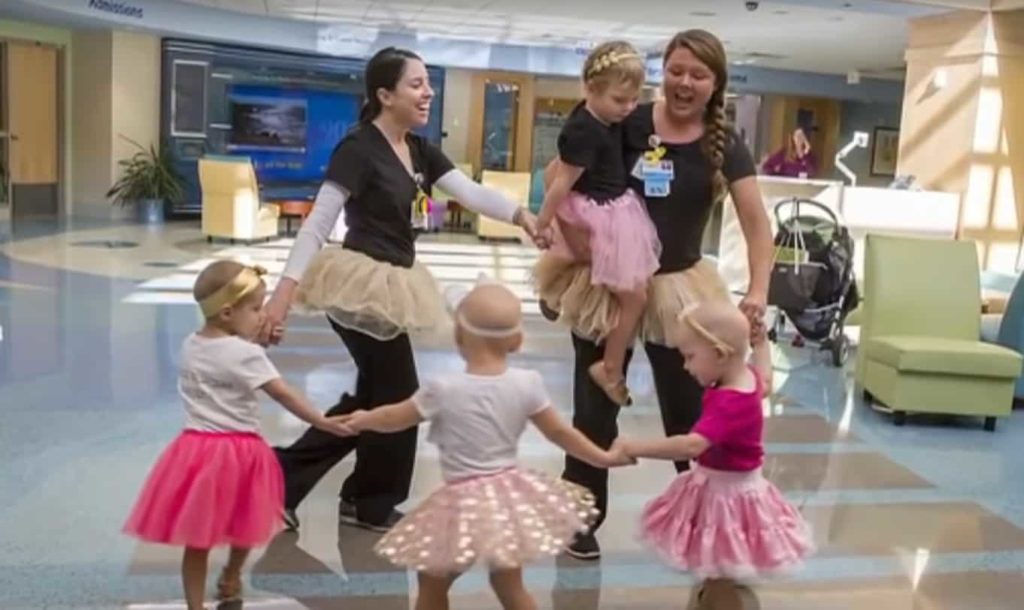 The little girls’ friendship had a powerful effect on their nurses as well.

Paige Ward is one of the nurses who cared for them during their time in the hospital, and she’s just overjoyed for them.

“It gives me chills, it makes me want to cry,” Ward said. “I mean, I love these kids as if they were my own, for sure. They’re awesome.”

It’s easy to see why everyone is so proud of these girls. They’ve been through a harrowing experience at such a young age, and they’ve not only survived, but gained strong friendships with each other in the process! 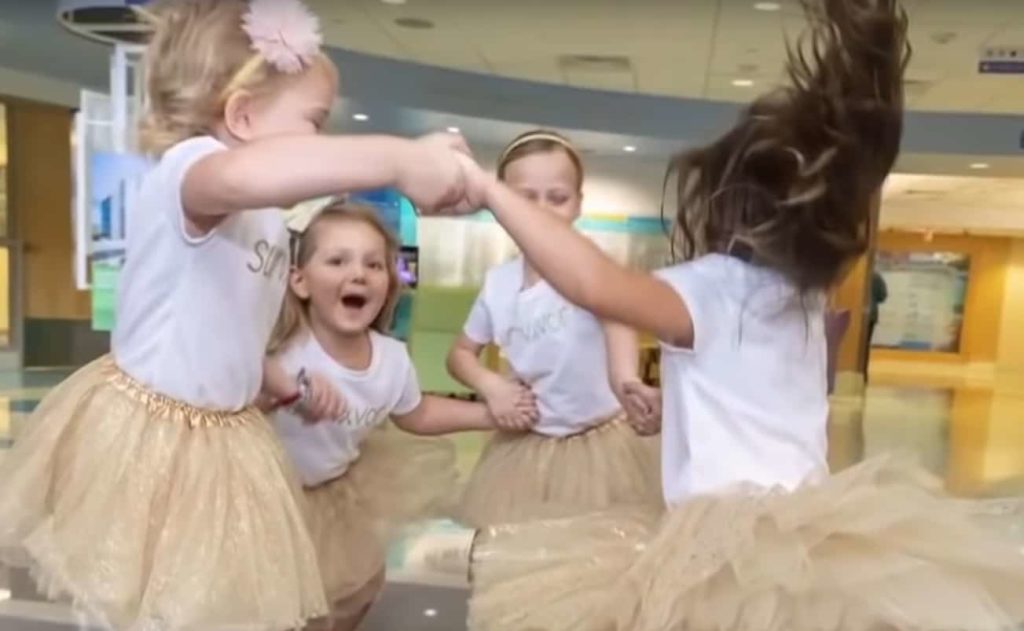 They’re all done with treatments, so all of them have a full head of hair again. Watching them together, they all seem so happy.

In 2018, Lauren finally got to ring the hospital bell, and that makes this reunion all the more special. She got to start kindergarten, too!

The little girls and their moms are planning to reunite every year from here on out, and we think that’s the sweetest thing.

Learn more about these darling little girls in the video below.