Breast Cancer Is Most Common In Women, But Not In This Man’s Family Tree

There’s a reason the color for breast cancer awareness is pink: the disease is far and away more prevalent in women than men. About one in eight women in the U.S. will develop breast cancer in her lifetime, whereas only one in 1,000 men will be diagnosed.

But for Giles Cooper, a husband and father of two in Britain, the odds were unusually high. He is one of three men in his family to be diagnosed with breast cancer. Giles lost his father to breast cancer in 2004, and then his uncle (his father’s brother), in 2006. 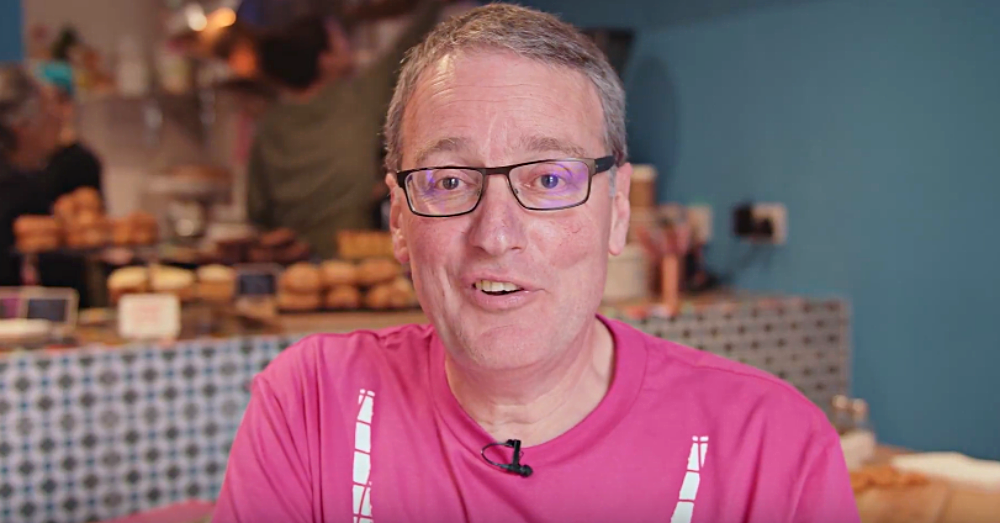 Giles says that his father’s cancer was found far too late, and when he lost his uncle to the same disease, he felt as if he were being warned. He began having regular check-ups, and he found a lump in 2014. At 56 years old, Giles became the youngest man to undergo a double mastectomy. He decided on the double mastectomy because, “I didn’t want to be facing the same problem in five or ten years’ time.” 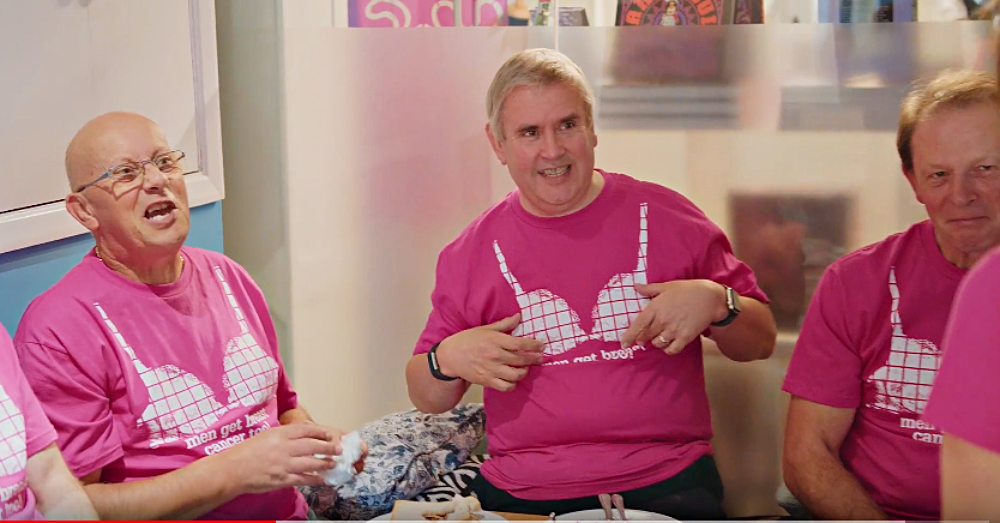 Why do men get breast cancer?

Breast cancer occurs when malignant tumors form in cells of the breast. Both males and females have breast tissue, and the amount of breast tissue stays about the same until puberty. At that point a female’s breast ducts will grow and lobules will form at the end of the ducts. Because males have lower levels of female hormones, their breast tissue growth at puberty is minimal. The male breast tissue will develop ducts, but few or zero lobules.

A man’s risk of developing breast cancer is comparatively small because they have fewer breast cells overall and they have lower levels of estrogen. Men are about 100 times less likely to develop breast cancer than women. 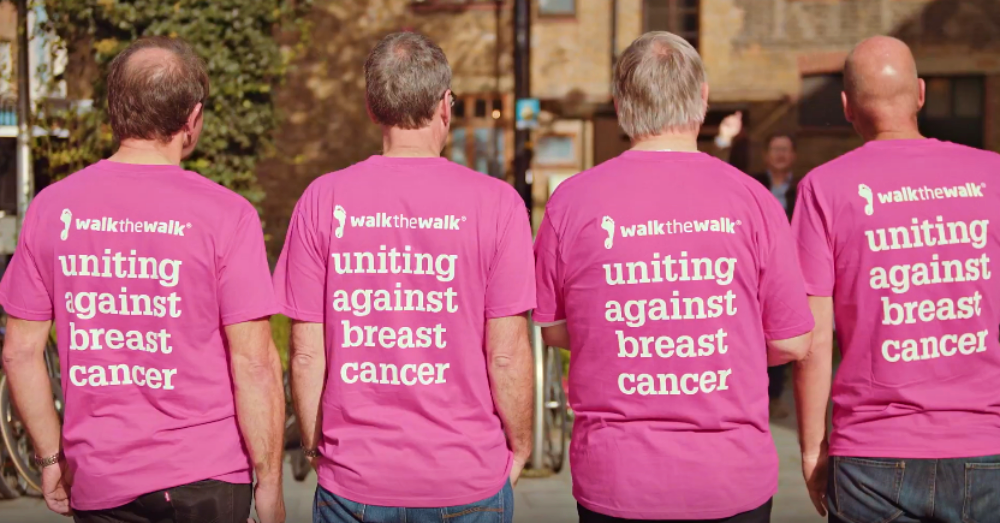 Still, as Giles Cooper and his family know all too well, a small risk is still a risk. Now Giles wants to spread awareness to other men. He wants to see men be more open about their heath and notes that his father and uncle’s generation tended to wait for problems to become extreme before visiting a doctor.

Part of the problem is that men don’t always realize they’re even at risk for breast cancer. “They think they have man boobs instead of breasts,” Giles says.

Giles encourages men to check their breasts for lumps when they see their wives or girlfriends doing so. “You only have to spend 30 seconds doing it every so often, and it can make all the difference.” It certainly did for Giles and his family! 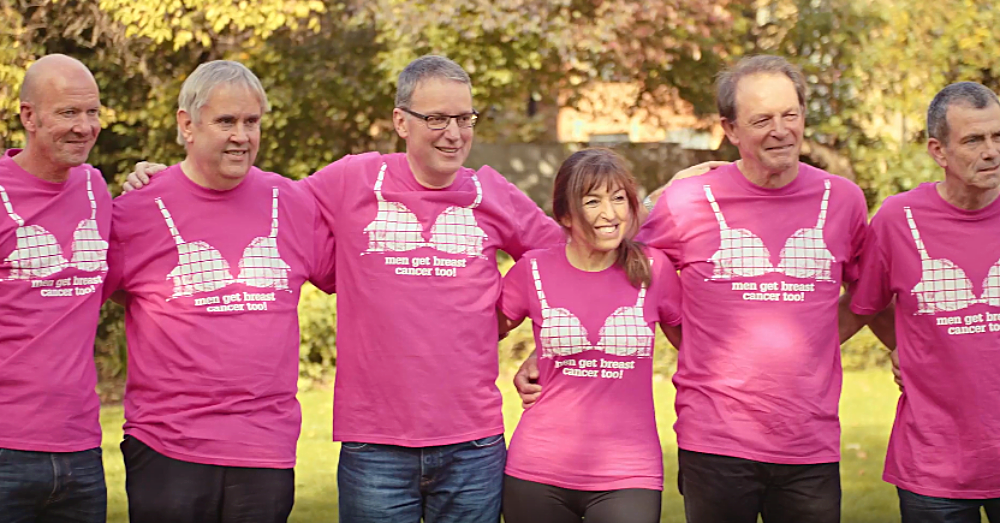 Now Giles spends his time advocating with Walk the Walk, the United Kingdom’s largest grant-making breast cancer charity. We love seeing men encouraging men, men encouraging women, and women encouraging everyone to check themselves, share their experiences, and wear pink with pride! Unlike Giles, many men who are diagnosed don’t know any other men with breast cancer. It’s great to see them realize they have a support system!