Demicka Gilmore is the mother of a 21-year-old son and a 15-year-old daughter. Her son is intellectually disabled and her daughter Tavi was diagnosed with osteosarcoma (bone cancer) at age 12. She lost her left leg at age 14, and the tumors have metastasized to other parts of her body.

Ever since Tavi lost her leg in the fall of 2014, Demicka has stayed home to care for her daughter. She relies on government benefits in order to survive, but in the fall of 2015, she could no longer afford the rent for her apartment. Her family became homeless.

After couch-surfing, sleeping in their car, and even crashing in the basement of a church, Demicka set up a GoFundMe for her family in November of 2015 to help pay for a year’s worth of rent, give Tavi daughter special 16th birthday party in January, and also raise funds for Tavi’s Make-A-Wish trip in the summer of 2016. She set their goal for $10,000.

The family got overwhelming support. In the span of the month, they finally obtained an apartment in Section 8 housing, and raised over $15,000 on their GoFundMe.

Then Demicka mentioned the generous donations to a government caseworker. 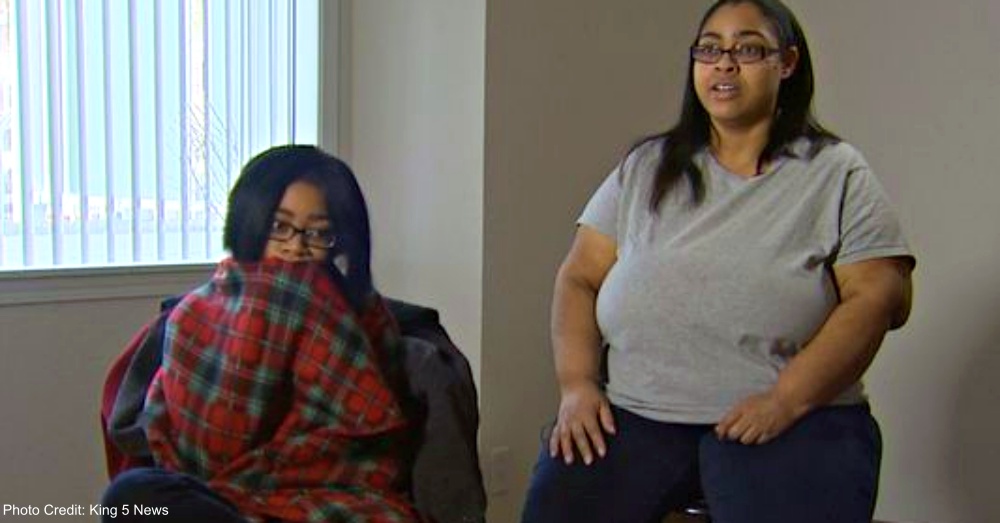 Within weeks, Demicka got a notice in the mail, according to King 5 News. It stated that her government assistance was being revoked; the donated $15,000 counted as income, and that had pushed her over the limit for support. By accepting the donations, Demicka would lose her food benefits from the state as well as federal medical assistance — including Tavi’s chemo treatments.

Demicka was in shock. She could use the money until it ran out and then reapply for benefits, but that troubled her. What was the point? What would have been a help getting the family back on their feet had become another liability; $15,000 is a lot of money but doesn’t go far in the face medical bills, housing, and living costs, and she would have to use it before being able to start the long reapplication process for government help. She was at a loss.

But then, another light of hope; the same church that took the family in while they were homeless — Riverton Park United Methodist Church in Seattle — began accepting donations for the family. They began asking for food, clothing, and furniture, and also asked for gift cards to specific stores in lieu of cash donations.

At the time of this posting, Demicka’s GoFundMe is no longer accepting donations.

This hearbreaking but touching story is only one of many. To witness another mother’s dedication to her daughter with cancer, watch this video here.