Some kids can’t wait to give their parents a long list of items they want for their birthday.

But for children like Weston Newswanger of Carlisle, Pennsylvania, birthday gifts seem rather trivial. In fact, when Weston’s mom Amy asked what he’d like to celebrate turning 5 years old, the little boy said, “I don’t want anything. I don’t need anything.” 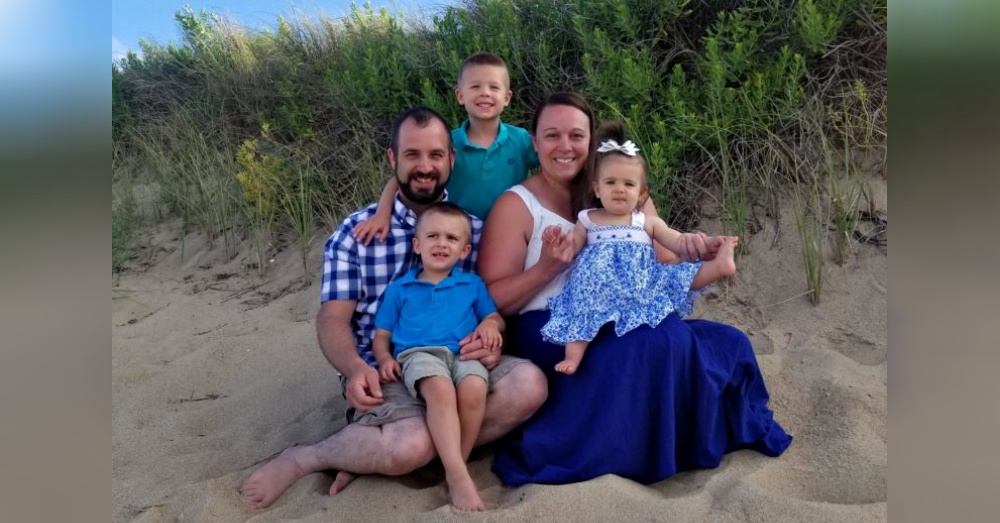 Amy wasn’t surprised. That’s because Weston and his family have already received the greatest present of all: more time together.

When he was 2, Weston was diagnosed with rhabdomyosarcoma, a rare cancer that forms in the body’s soft tissues. Thankfully, after receiving treatment at Penn State Children’s Hospital two years ago, the little one got the all clear. He’s been embracing life with both arms ever since. 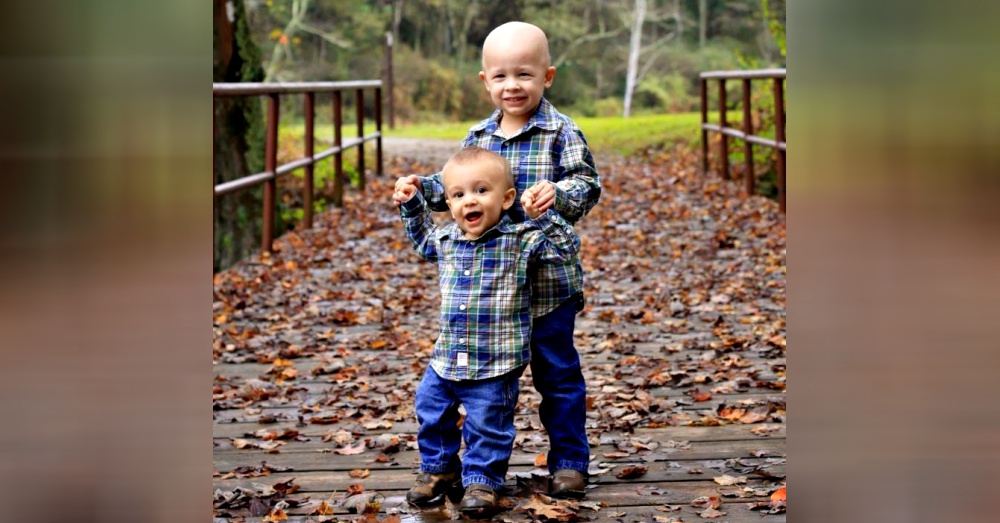 Of course, he still remembers being in the hospital and spending countless hours playing with toys like action figures and Play-Doh. So when his birthday came around, he thought not of himself, but of all the other kids still fighting for their lives.

He asked his mom to help him collect toys for them, and Amy set about making his wish come true. She posted on Facebook asking for help, and the response was overwhelmingly positive! 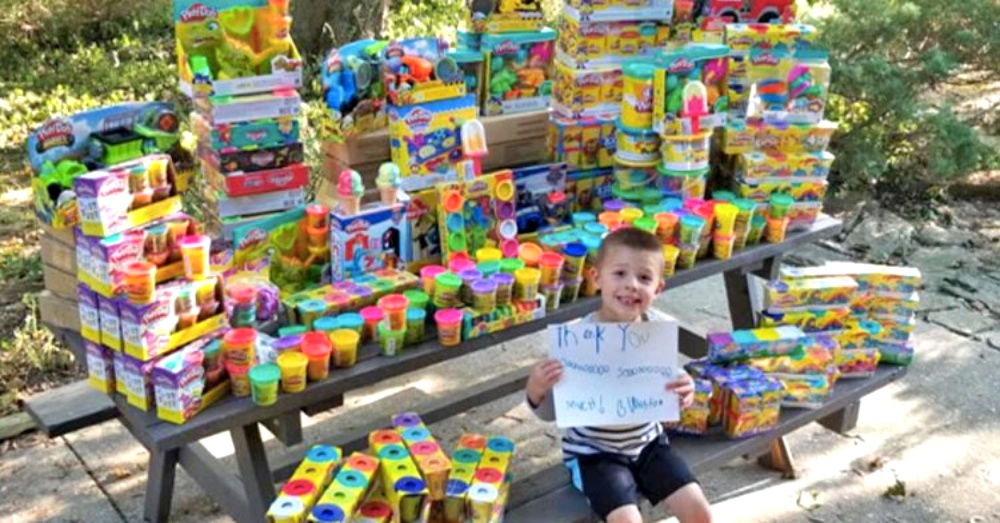 People from all over the country sent Weston new toys and tubs of Play-Doh to donate to his hospital’s Child Life program. Amy said his face lit up every single time a new package arrived. And as he excitedly placed each cherished item in the donation pile, they became more and more amazed.

By the end, they had gathered 1,263 containers of Play-Doh, 71 superheroes, and 1,249 dinosaurs — and that doesn’t include the miscellaneous items they didn’t count! 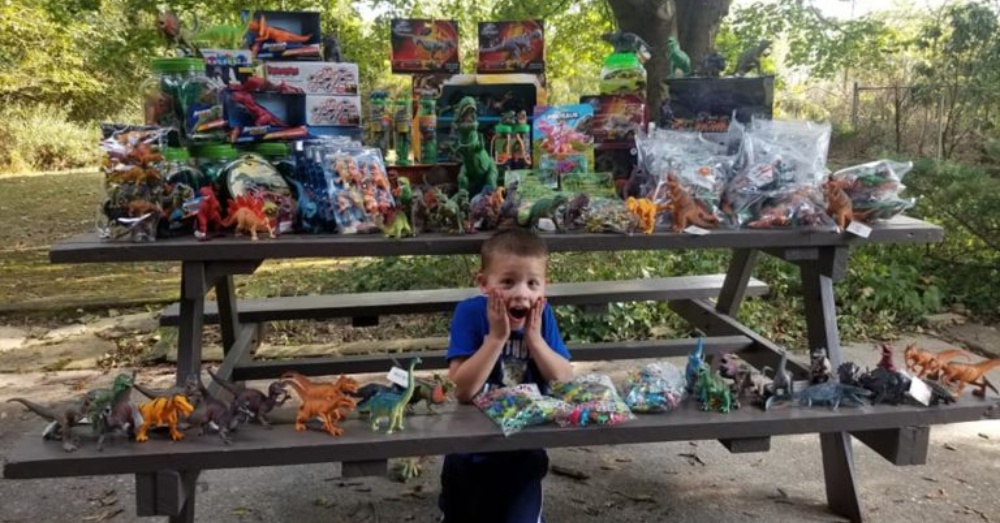 The week after his birthday, Weston and his parents loaded their SUV with the colorful toys and brought everything to Penn State Children’s Hospital.

When they arrived, they quickly learned the donation would be put to good use! “Child Life said this year they have already given out over 3,000 containers of Play-Doh,” Amy wrote on Facebook. 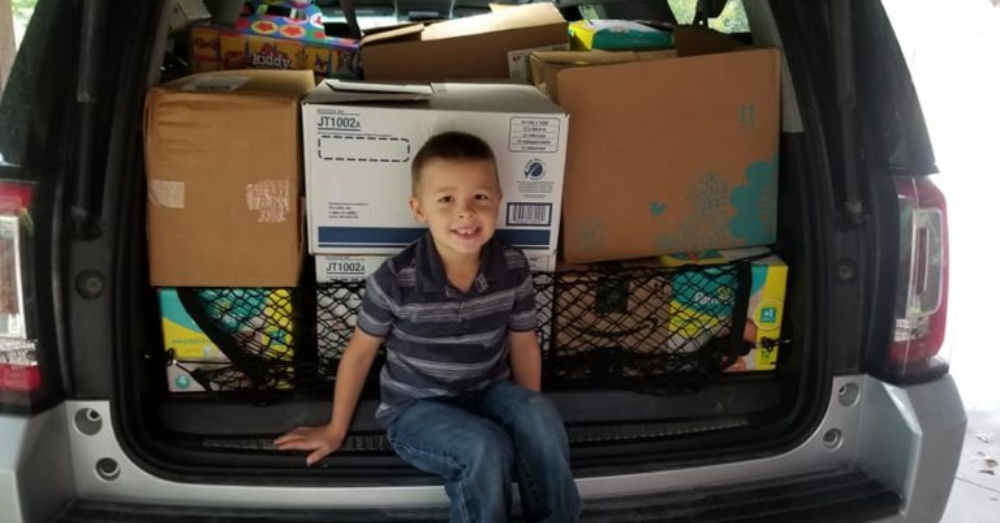 Weston and his family lived through every parent’s worst nightmare, and now they’re giving back to those who are still fighting. From this sweet gesture alone, we’re sure this little boy understands empathy and compassion better than many adults! We can all learn from his selflessness!

Share this story to thank Weston for helping so many kids feel just a little bit better.

Family Starts “Dancing While Cancering” To Honor Their Daughter’s Joyful Memory.: Click “Next” below!