There’s something soothing about rowing through water, hearing soft splashes against the hull of your boat and feeling the wind on your face.

But for members of the Dallas United PINK rowing team, the time they spend on White Rock Lake is restorative in more ways than one. That’s because all 32 athletes have survived the terror, pain, and sadness that come with breast cancer. 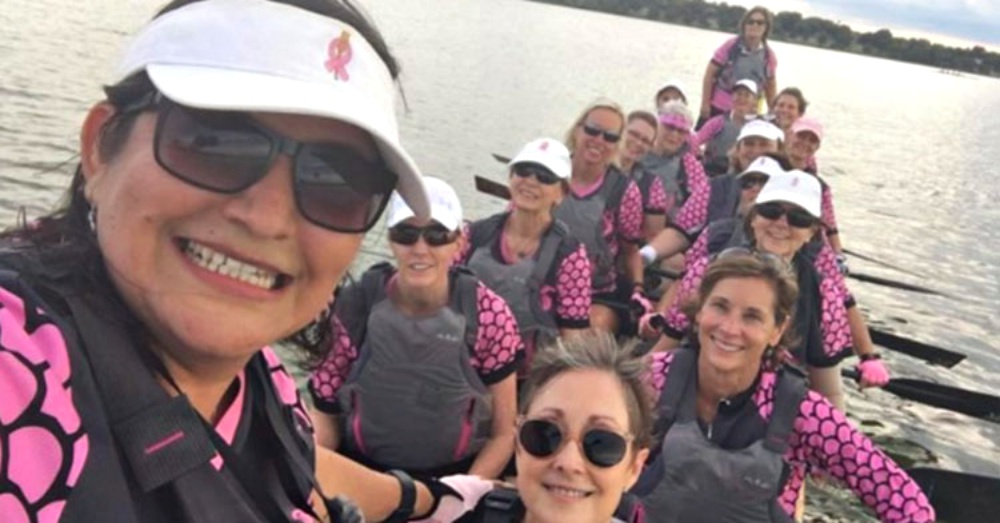 Tara Racheta was only 35 when she was diagnosed. With a family history of the disease, she wasn’t entirely surprised by the small lump in her breast, but she also knew firsthand how difficult her battle would be.

Still, Tara took the necessary steps, enduring chemotherapy, radiation, a double mastectomy, and reconstruction before getting her all-clear. Although the experience left her feeling weak, she also found a different kind of motivation. “It was right after one of my surgeries, and I saw this really inspiring article about the Dallas United Crew PINK Dragon Boat team,” she said. “I read every single word of it! I remember lying in bed and thinking, ‘This is what I want to work towards.’” 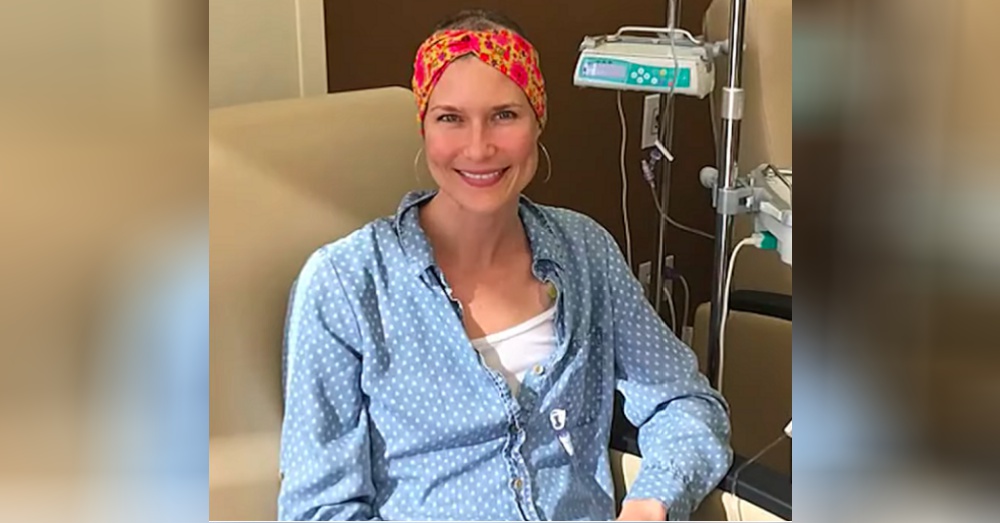 Two years later, Tara is the youngest member of the rowing team. Thanks to the exercise and bonds she’s developed with her teammates, she’s rediscovered her strength. After all, sometimes you just need to know you’re surrounded by people who understand your journey and are navigating their own to feel empowered. 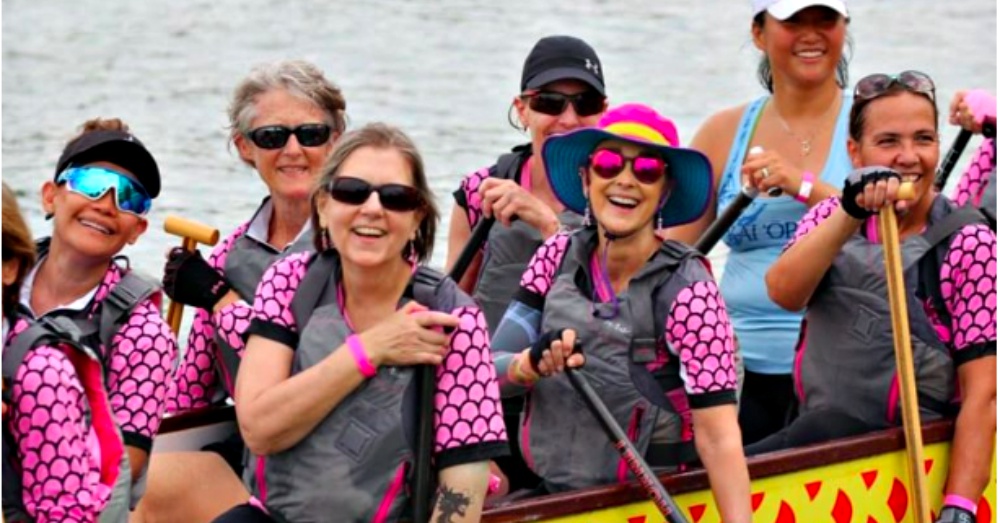 Tara certainly has plenty of inspiration to choose from. The group’s oldest member, Linda Wolfe, is 76. Like Tara, she has found a different perspective by spending time on the water with fellow survivors. “I look at them, and I look at myself and I think, ‘Gee wiz,’” Linda said. “I’m in good shape compared to what some of these women have gone through.” 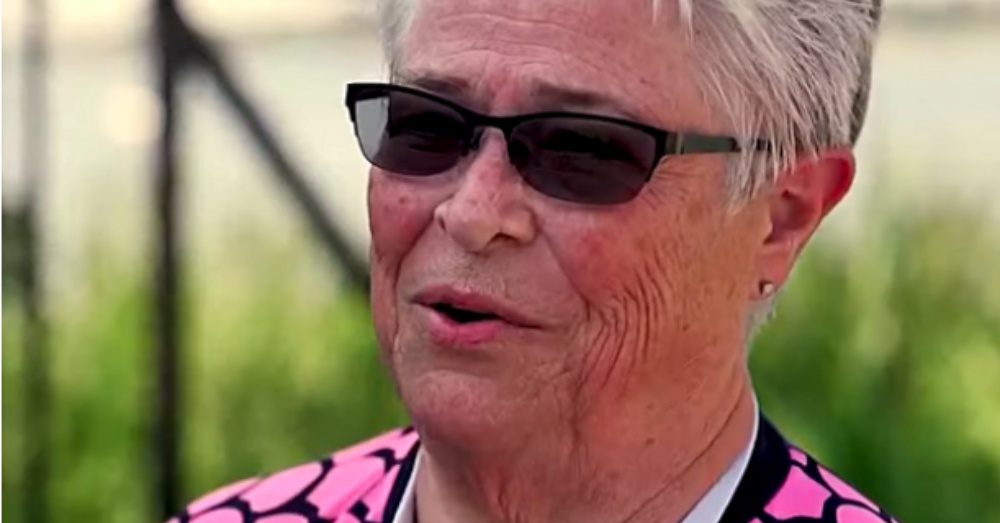 Debbie Kehoe founded the inspirational team about four years ago. She started the club because of her lifelong love of rowing — and because when she’s out on the water, breast cancer is the last thing on her mind.

“We go out on the water and we’re just together. We don’t talk about our cancer,” Debbie said. There are also clear health benefits to staying active, including helping the range of motion in shoulders and torso that is often lost after surgeries and treatments. 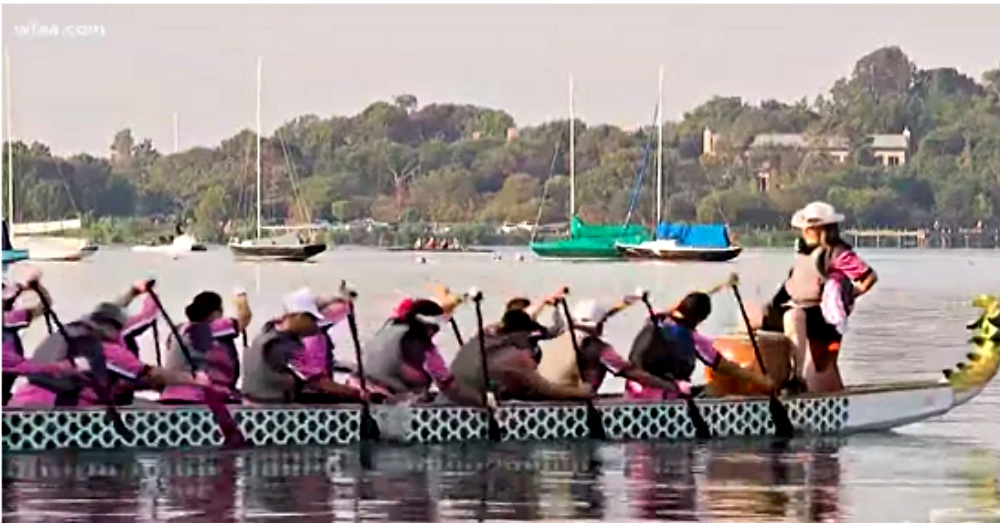 “I worked a lot on my range of motion, and I still feel that it’s affected somewhat,” Tara said. “But that motion of moving the paddle through the water felt so good.”

Most of the team has no prior experience, but something about working alongside such powerful women drew everyone in and helped them fall in love with the sport.

“You’re hearing that drum,” Tara explained. “You’re hearing the words of encouragement from your teammates. You’re hearing the splash of the water as the paddles hit in unison at just the right moments.” She added, “What I love about this team is we’ve all had these very individual journeys, but when we’re together it’s about being in sync.” 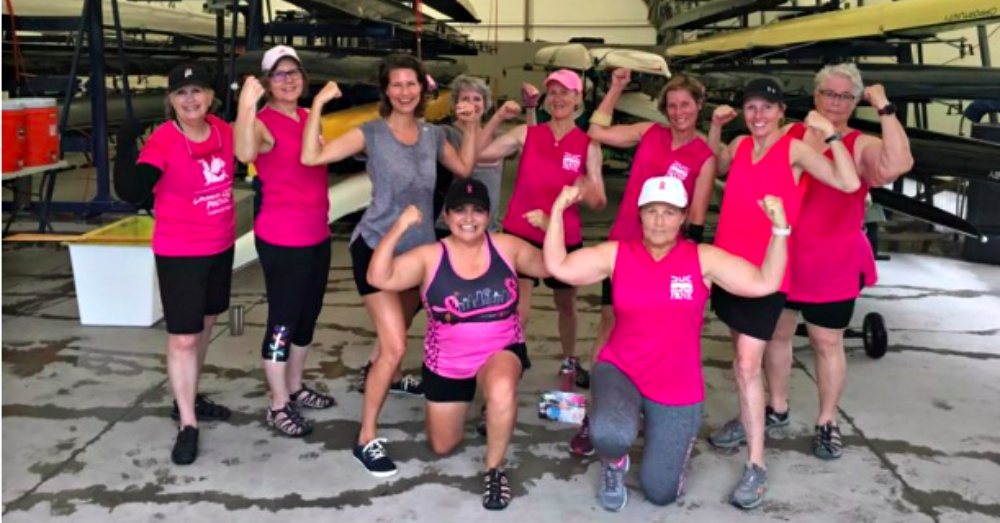 No matter what happens with their health, these women win every single day they keep pushing forward. We are so impressed by how these warriors have devoted themselves to bringing solidarity, purpose, and joy into their post-cancer lives.

Watch the video below to learn more about the team, and share this story with anyone who might relate. After all, the Dallas United PINK team is always accepting new members!

Cincinnati Police Are Wearing Pink Badges For Breast Cancer Awareness: Click “Next” below!