Super-Pregnant Mom Busts A Move During 30-Hour Labor & Even Her Nurses Join In!

If you’ve seen one laboring mom-to-be, you’ve pretty much seen them all: shuffling and waddling to get to where they’re going, letting out the occasional groan or grunt, clinging to their partners’ hands.

But one mom is showing us that not all laboring women are the same. For some, the thought of being just hours away from meeting their newborns is enough to provide a burst of energy the likes of which even non-pregnant people rarely experience. Alicia Exantus of Palmetto, Florida, is one of those special ladies who’s still got plenty of get-up-and-go even while in labor. 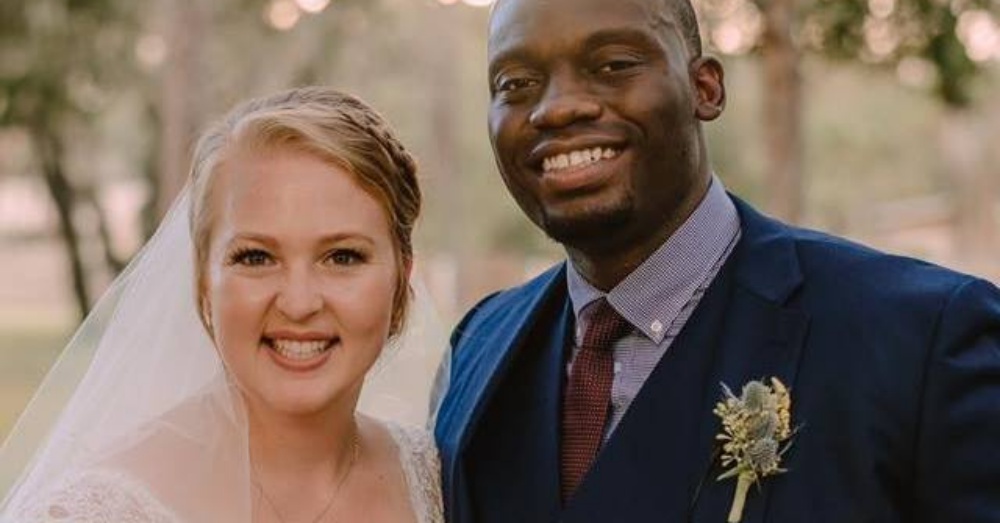 Alicia and her husband, Miller Exantus, checked into Manatee Memorial Hospital to have their baby, but the wee one wasn’t quite ready to come out yet. In their excitement (and in an effort to get things moving), they couldn’t help but get their groove on for a few minutes. And their wicked dance moves were catchy enough that the labor and delivery staff were soon getting involed as well.

“This was the beginning of what turned into a 30 hour labor,” Alicia wrote when she uploaded the video to Facebook. “We were accompanied by the labor and delivery nurses at Manatee Memorial. I must say these women are truly superheroes and made this experience an incredible one.” 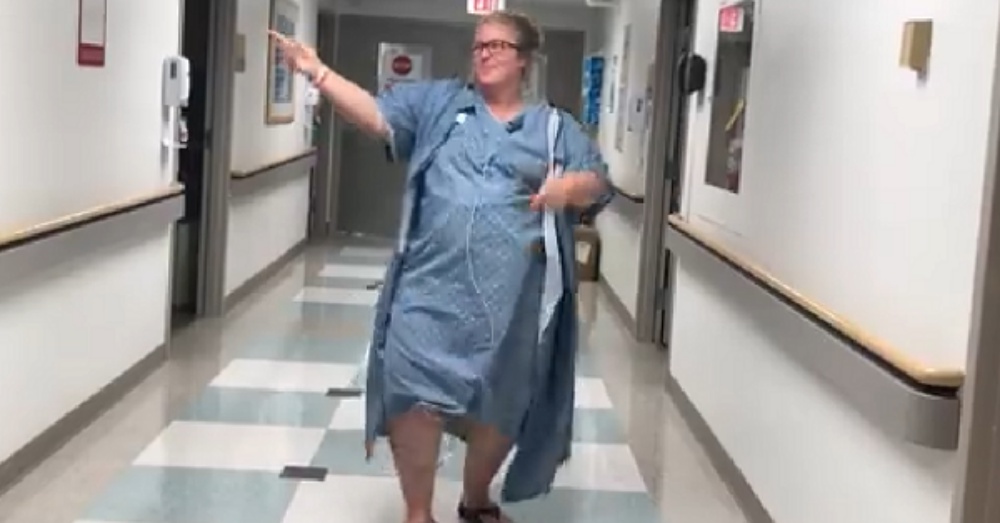 In the 30-second video clip, Alicia begins dancing to the beat with a surprising amount of energy and flexibility for a woman in her state.

Next, she’s joined by her husband, and soon the labor and delivery nurses show up on the scene. 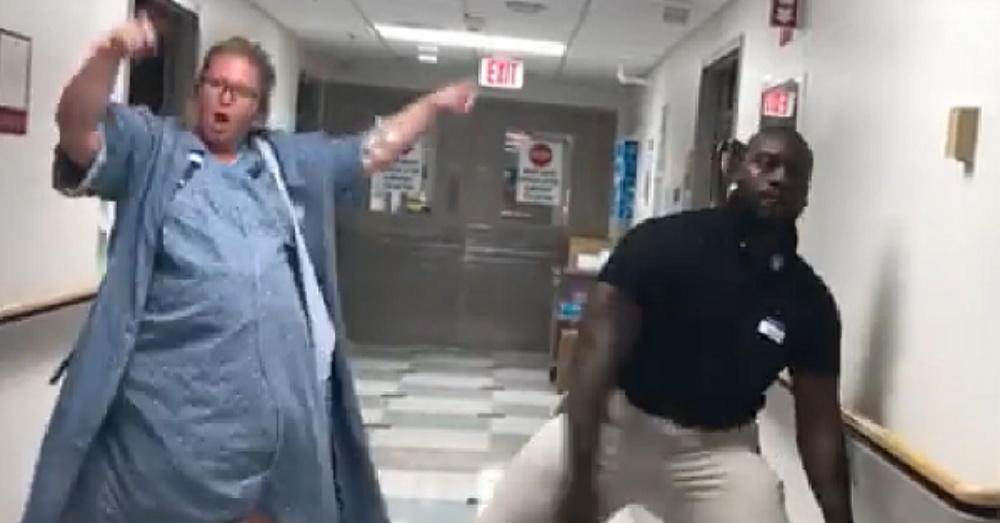 The hard part was still to come, but Alicia didn’t let that stop her from celebrating the birth of her baby a little bit ahead of schedule. 30 hours later, on August 2nd, she gave birth to a beautiful daughter, Tatum.

It’s lucky that someone thought to capture the happy dance on video, because it didn’t take long for it to be posted to Facebook and go viral. Alicia and her family have enjoyed the fabulous response from friends and strangers alike. 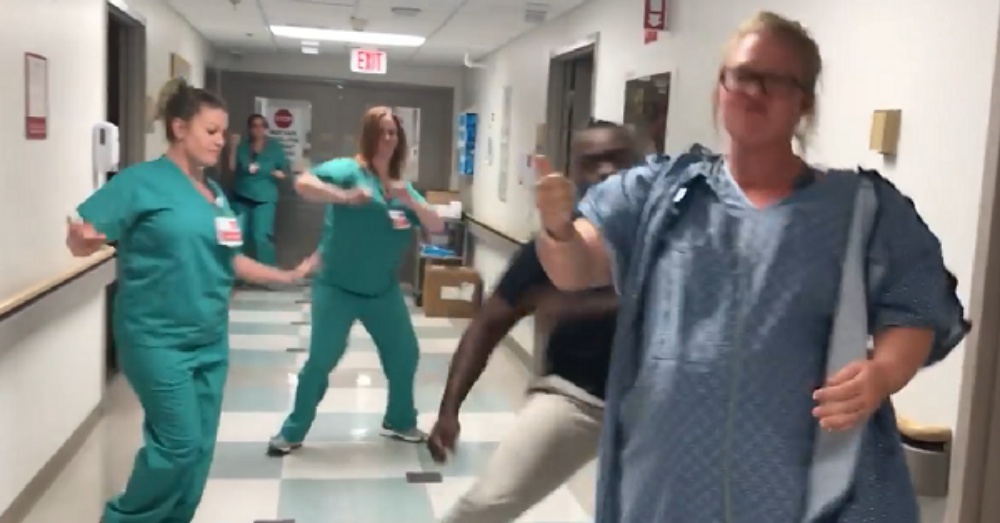 And as if this story weren’t cool enough as it was, two interesting coincidences made it all the better. First, Alicia gave birth to Tatum in the same hospital and the same room that she was born in years ago. And second, the attending doctor at the delivery that day was the daughter of the doctor who delivered Alicia. Crazy!

Congratulations to the parents of this lovely new baby. You and Tatum will undoubtedly share many more fun memories in the future.

Click on the video below to see Alicia’s spontaneous delivery dance!

Be sure to share with some friends who could use some excitement in their lives today!

Dad Celebrates His Baby Son’s Final Day Of Chemo Round By Nailing Killer Dance Routine!: Click “Next” below!