Redditor Lifeandtimes89 has a darling little girl who is the apple of his eye. And if there’s one thing he knows, it’s that Sarah Rose absolutely adores their local garbage men (also known as bin men in Ireland).

Naturally, he wanted to do something special for his sweet daughter, and so he asked the garbage men to surprise her with a hello the next time they rolled through the neighborhood. Nothing would make Sarah Rose happier, and her dad wanted to make her day!

However, the garbage men decided that the dad’s small request was actually too modest. They wanted to do something bigger.

So they formed a plan. 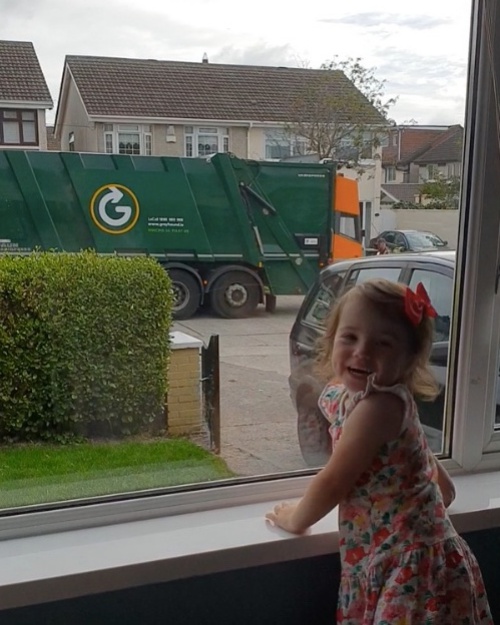 The next garbage day, Sarah Rose watched outside the window for the men. But they didn’t just continue on with their job as usual; instead, they pulled the truck right up in front of the house! Sarah was awestruck. Her mom and dad were pleased and watched the scene unfolding before them, expecting the men to pause, wave, and move on.

But they were all in for a surprise!

“They have a present!” Sarah Rose exclaimed.

They family gaped as the driver stepped out of the truck carrying something in a plastic bag. As promised, he smiled and waved at Sarah Rose.

And then he continued up the driveway.

Sarah Rose was in shock and couldn’t believe her eyes. Was she about to meet her hero? And also get a present?! 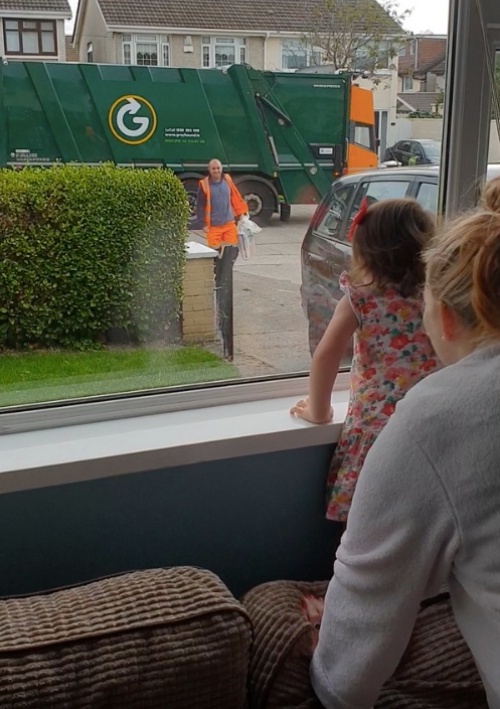 Her mom swooped her up and opened the door to meet him.

This was the first time Sarah Rose had ever seen him up close, and she was so happy she didn’t know what to do with herself. She hadn’t been expecting anything like this to happen!

She didn’t know what to say! 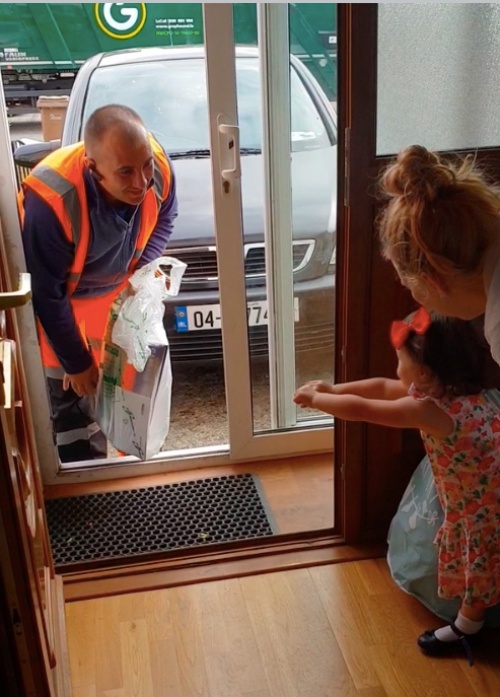 But Sarah Rose wouldn’t be rushed. She fixed her shoes, perhaps in an attempt to make the moment stretch out for as long as she could.

Or maybe she was hoping they would ask her to come with them to finish up the rest of their route!

Dad encouraged her to come back, and she soon found out what was inside the plastic bag: a garbage truck of her very own! 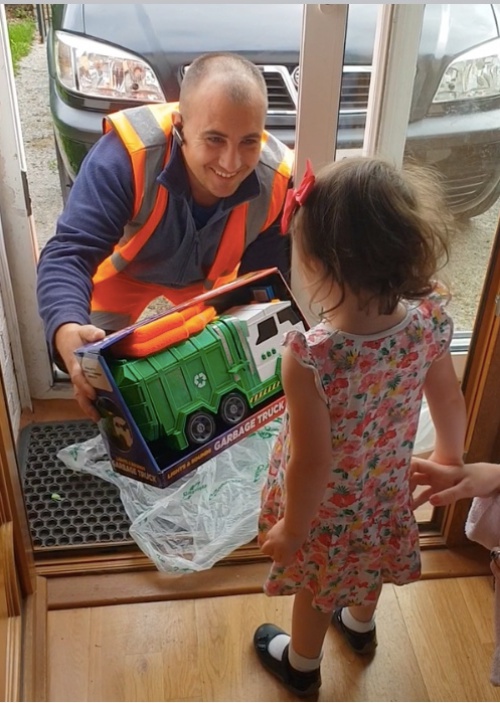 And let’s not forget the coloring book, too.

Sarah Rose was probably the happiest little girl in the world that day! 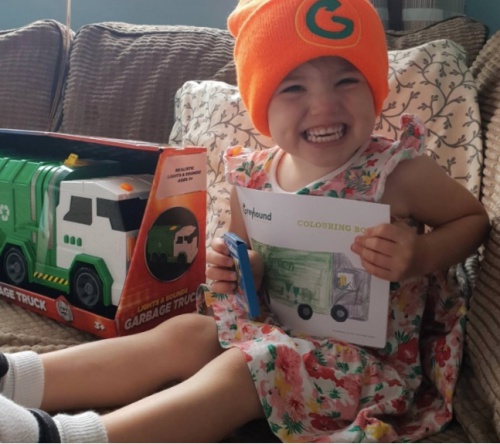 Honestly, it’s impossible to say who is the giddiest here: Sarah Rose, her dad, or the nice bin man. What do you think?

Watch the whole video now, and share to help spread some smiles today!