Former supermodel Janice Dickinson spent nine months of her life feeling like something was “off” before she was finally diagnosed with Stage I breast cancer in March of 2016 at the age of 61.

The “first supermodel” has battled alcoholism, anorexia, and bulimia, but she didn’t think breast cancer could possibly be in the cards. She initially thought the lump in her breast was the result of a cosmetic surgery error and dismissed it.

“My doctor gave me lots of tests,” Dickinson recalls. “She found a lump. I said, ‘That’s probably an old botched boob from one of my reality shows.'”

When she learned she actually did have breast cancer, she says, “I just walked around the house feeling numb.” Now she says she wishes she’d never had implants done, because the cancer could have been detected sooner if she hadn’t. 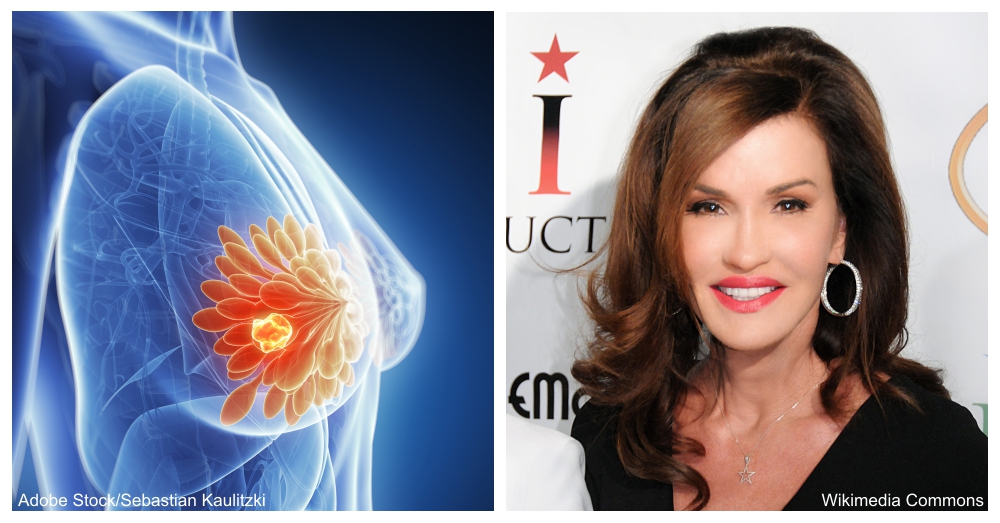 After her diagnosis, she underwent surgery and a “very harrowing” 6-month series of radiation treatments, which she says she only made it through with the support of her fiancé, Dr. Robert “Rocky” Gerner, who stood by her even when she was sure she would lose her “feminine mystique” and reminded her that cancer does not define her.

She also took comfort in helping and supporting other people in the oncology unit with much worse diagnoses than she had. These two forces motivated her to make it through treatment. “I’m Janice Dickinson and I’m gonna stick around for a long, long time, you ain’t getting rid of me yet,” she says.

Now everything seems to be working out for the best for Dickinson. As of August, 2016, she was cancer-free and celebrating.

“The radiation is over. I’m cancer free. Cancer-schmancer!”

While Dickinson partially blames her breast implants for making her breast cancer difficult to find, implants are a deeply personal choice. It is possible for implants to obstruct the view of health care professionals when searching for abnormalities in the breast tissue, but the actual risks are not proven. For more information, click here.

Watch the video below to learn more about Dickinson’s battle with cancer.