Diagnosed With Breast Cancer At 25, She Offered Her Boyfriend An “Out” — Now They’re Married

Jillian and Max Allegretti are not just an adorable couple (though they are definitely that!). The two twenty-somethings have had their relationship tested by cancer, and have come out the other side stronger than ever (and cancer-free!).

Jillian and Max met during Jillian’s senior year of college and became best friends. Jillian graduated and moved away, while Max stayed there to complete his final semester. A few months after moving away, Jillian decided to move back home, and contacted Max to let him know. That was when he asked if he could take her out when she moved back.

After a month of dating, Jillian knew they were perfect for each other.

“I knew he was the one after a month of us dating,” Jillian wrote in a personal essay. “I never usually move that fast, but something about him was different.” 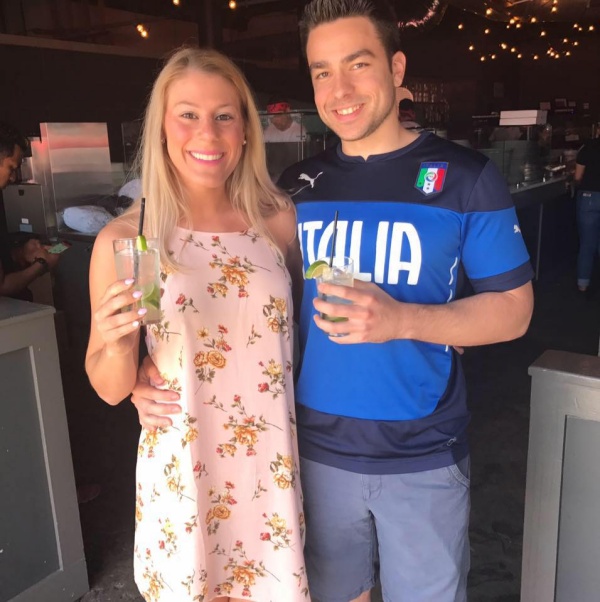 After about three years together, Jillian was diagnosed with stage I breast cancer. She was only 25 years old. The couple had always talked about their future together, but Jillian worried that it would be too much for them to get through.

“When I was diagnosed, I gave him an ‘out,’” Jillian said. “But he told me that he would never leave my side, and he never has.” 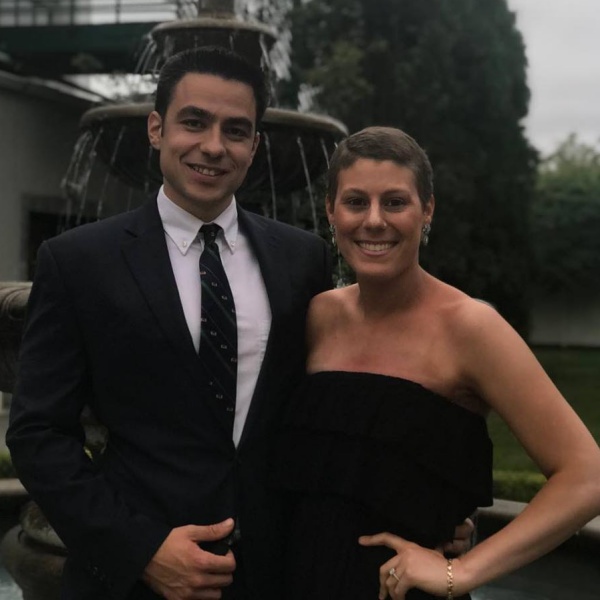 Max was her rock throughout her treatment and took care of her. Jillian underwent a unilateral mastectomy with sentinel lymph node removal. Two of the five lymph nodes that were biopsied were cancerous, and Jillian’s diagnosis was changed to stage II breast cancer. This changed her course of treatment.

First Jillian went through fertility treatments to freeze her eggs. Then she had 16 rounds of chemo over the course of five months, 25 rounds of radiation over 5 weeks, infusion treatments every three weeks, and reconstruction surgery. 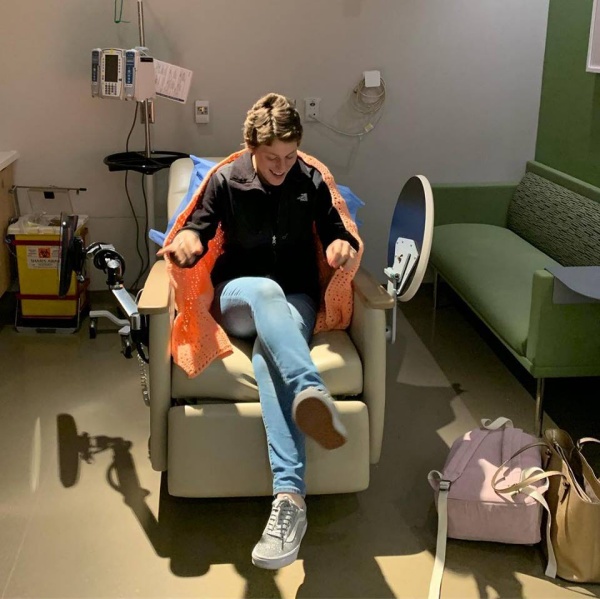 “He told me that I was the strongest woman he knew and that this whole experience has made him love me more,” Jillian said. “This hardship made us grow closer together as a couple, and that is exactly why he is my person.

“He took care of me everyday and reminded me how beautiful I was — even as my hair thinned and fell out, and my skin turned white as a ghost.” 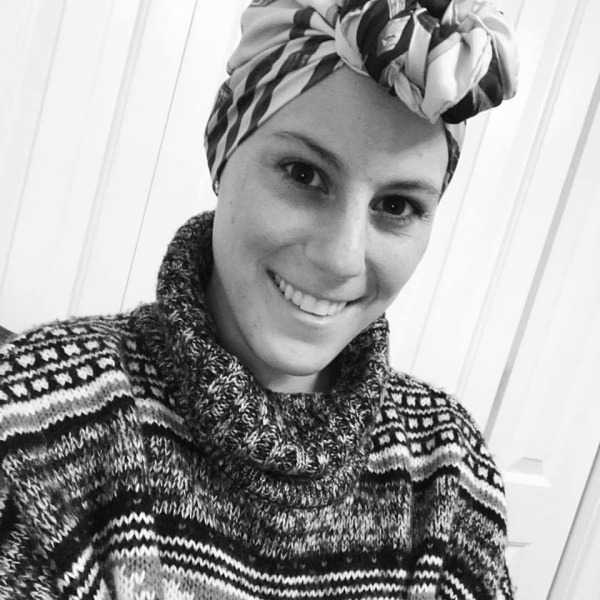 “Even though it was hard for Jil to go out and have energy, I tried to plan little things here and there, surprises, going to the movies … just to normalize the situation,” Max told GMA.

He was definitely good at surprising her. On Jillian’s last day of chemo, Max proposed! 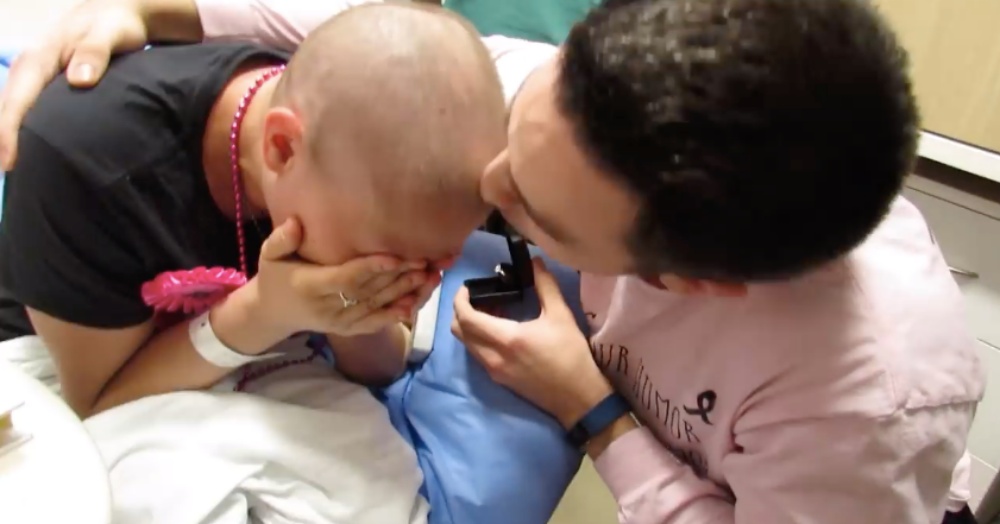 “I was thinking about it for a long time,” Allegretti said. “I spoke with her family and friends, and we all decided it would bring a lot more joy even to the special day it was going to be already.”

Jillian was getting her cancer treatment through Memorial Sloan Kettering, and their media department captured the proposal on camera. Jillian was completely shocked and, of course, said yes! 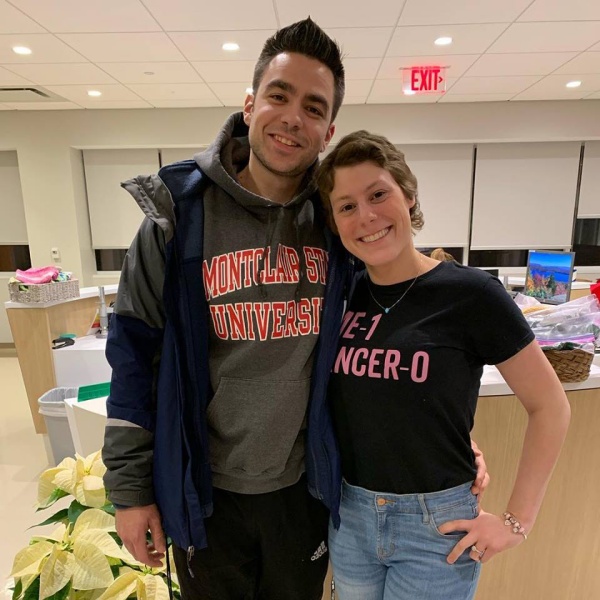 Later that same year, Jillian and Max were part of a fundraiser for Breasties, which is “a nonprofit organization dedicated to supporting young women affected by breast and reproductive cancers through community and friendship.” Through that, they met Lauren Grech, who owns an event planning company called LLG Events. Grech surprised the couple by offering them full wedding planning services pro bono. Not only that, but Grech gathered together multiple vendors for the couple who either donated their services or provided it for a deeply reduced cost. 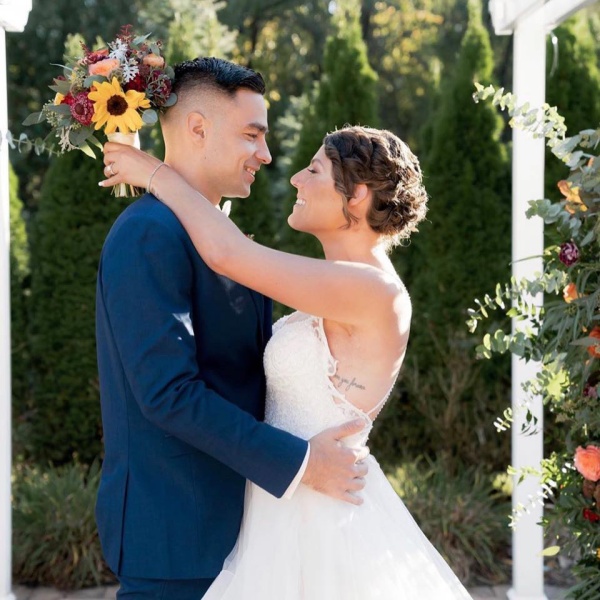 They have some advice for other people going through a difficult time. “Be there as much as you can for the other person and keep in mind it’s temporary, and you will get back to who you were. In our case, we came out stronger and better.”

Watch Max’s proposal in this video. We wish nothing but the very best for this dedicated and loving couple!