A Hospital Bent Their Rules To Grant A Dying Man’s Last Wish To See His Dog, And Nobody Expected What Happened Next!

When James Wathern was admitted into a Kentucky hospital, his health was declining quickly and he was thought to not have much time left. Social workers who were talking with Wathern discovered that his dying wish was to see his dog, Bubba — and they decided they had to do something about it!

Although the hospital has a strict no-pets policy, they decided to bend the rules for Wathern, and tracked down his beloved elderly Chihuahua at his foster home. Their reunion was emotional and heartwarming, and was luckily caught on tape in this video!

The hospital reports that Wathern’s health is steadily improving, and that now Wathern, as well as Bubba, are eating regularly and seem less depressed. The healing power of animals is nothing to be laughed at! The hospital says they are now revisiting their no-pets policy after witnessing his improvements.

Take a look at the video to see this tear-jerking reunion.

Radionuclide Therapy Could Be A Viable Treatment For Early-Stage Breast Cancer, Study Finds: Click “Next” below! 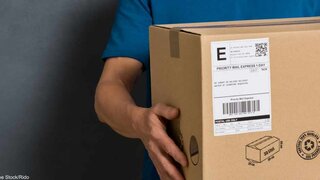