If you’ve had a young child in your life in the past year or two, chances are you’re familiar with “Baby Shark.” The viral children’s song took over everything for a while there.

Parents quietly prayed for an end to the craze, which, while adorable, lost its charm somewhere around the 10,000th listen. It’s for that reason that a Connecticut radio host’s quest to listen to the song on repeat for 24 hours sounds totally insane until you learn it’s for a good cause.

AJ of 99.1 PLR’s “Chaz and AJ in the Morning” stepped up to the challenge to raise money for a holiday toy drive. It began on Thursday morning at the McDermott Lexus Dealership in East Haven, Connecticut.

AJ had to sit in the glass box and listen to the song over and over for 24 hours without falling asleep. He brought some crucial supplies with him to get through. 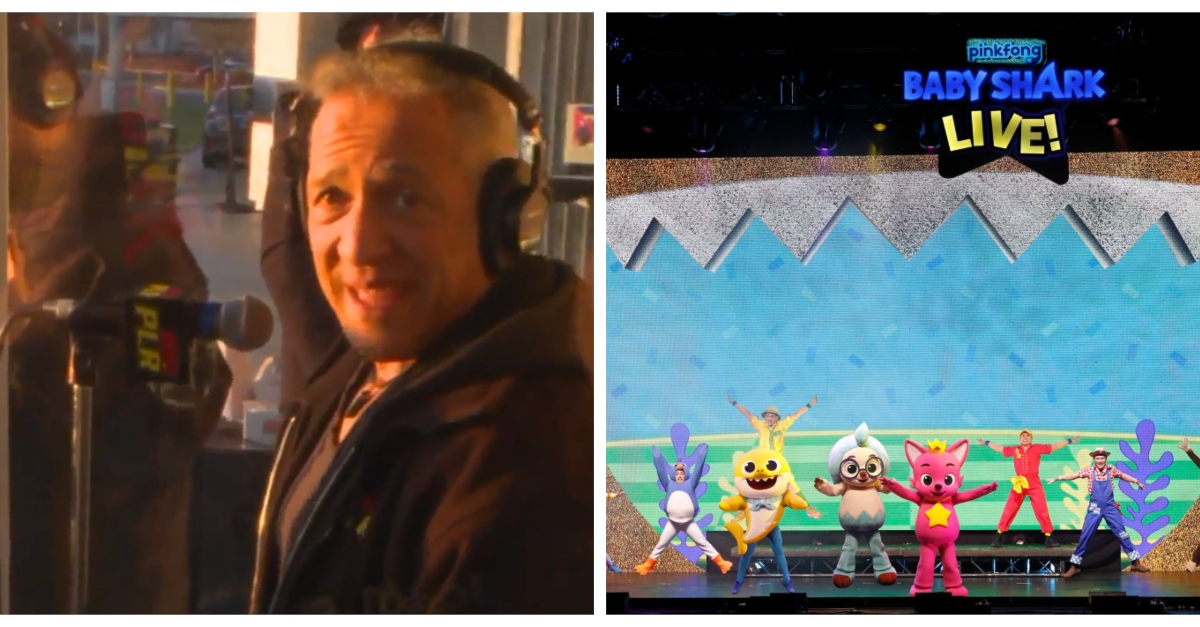 There was a crowd of dozens there to cheer AJ on, including a state trooper and a group of Girl Scouts.

“I would do it because it’s fun and people would come to sing to you and it would be funny … I would not want to stay in the box,” noted 9-year-old Amaris Santini of West Haven.

“We have people coming all throughout the day all through the night and it’s been very fun,” said AJ of the unique experience.