A 7-month-old was overjoyed after being able to see clearly for the first time in his little life. Theo Bennett underwent surgery at Leeds General Infirmary in the UK to remove cataracts from both of his eyes.

When he put on his new glasses for the first time two weeks after the surgery, Theo was happy with what he could see.

The little boy beamed as he sat on his mother’s lap, looking around and taking in the world around him. He was especially happy when he laid eyes on his dad.

Theo was diagnosed with congenital cataracts just a month earlier after his mom, Lois Bennett, noticed cloudiness in her 6-month-old’s eyes. The rare condition affects about three to four children per 10,000 in the United Kingdom, according to the Royal National Institute of Blind People.

The surgery replaced the lenses in his eyes with artificial ones.

“When he put the glasses on, he looked at me with a big smile and you could see him looking around,” dad Joe Bennett, 37, told news agency SWNS. “It melts your heart because you think to yourself, ‘He can actually see now.’” 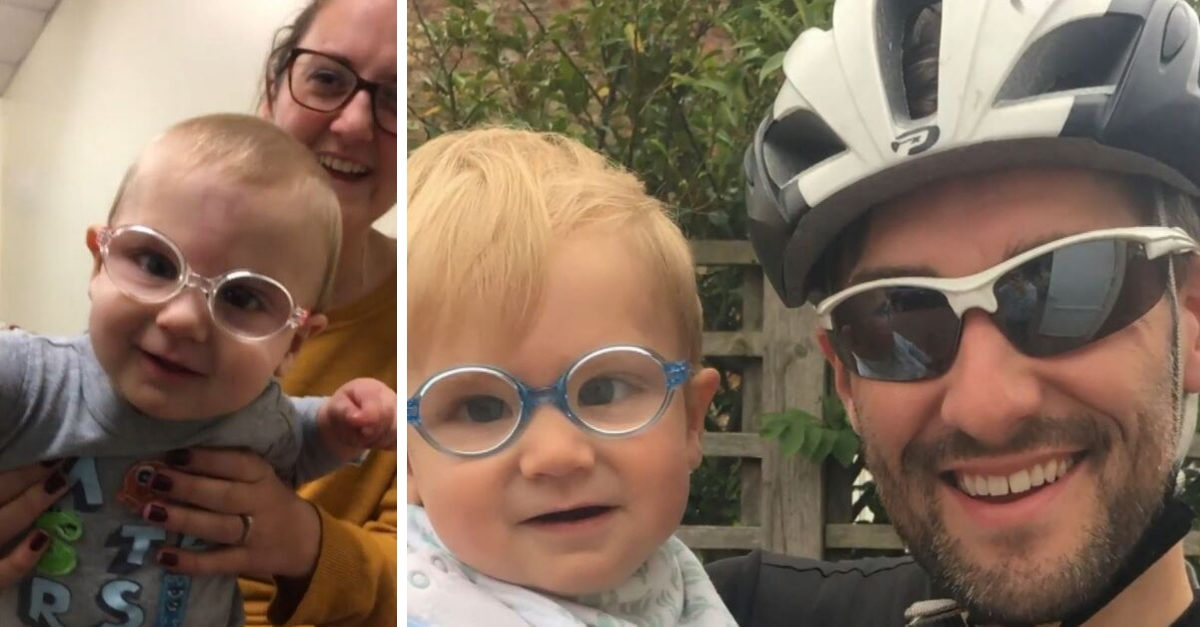 “It was amazing. We took him out that afternoon and it was apparent that he was looking at the world around him like he’d never really done before,” Joe recalled.

It’s been about a year since Theo’s surgery, and he’s doing great. Doctors hope Theo will only need glasses for reading once his vision has fully developed.

As for Theo, he’s so happy that he can see now, as you can tell by the sweet grin on his face!

Watch the video to see this little cutie in action.