Six-year-old Kalea Avery told her parents, Duncan and Nohea, she was having headaches. When nothing seemed to make the pain go away, Duncan and Nohea took Kalea to the hospital for a checkup.

It was a doctor’s visit that marked the beginning of a new reality for the family from California.

Kalea was diagnosed with medulloblastoma, a cancerous yet curable tumor that starts at the base of the skull and spreads to other parts of the brain and spine.

While Kalea was prepared for surgery, her 4-year-old brother, Noah, started exhibiting some very strange behavior. He was sleeping more than normal; he kept pointing to his head, complaining of pain; and he was particularly wobbly on his feet. 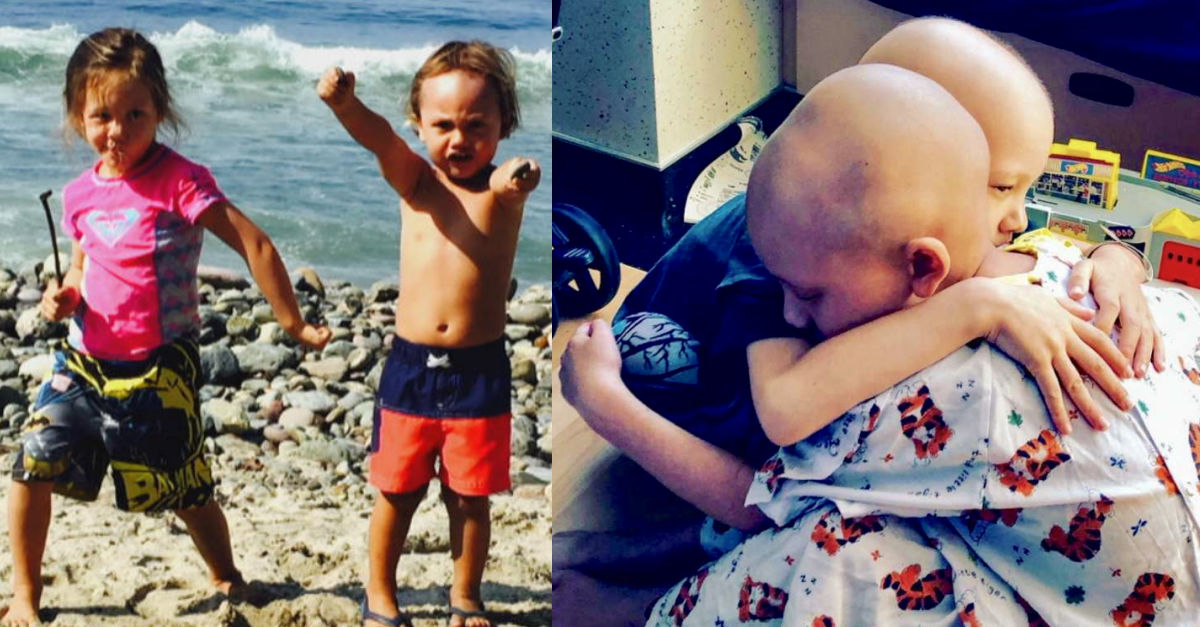 At first, Duncan and Nohea thought Noah was experiencing stress and anxiety because of his sister’s health issues. Nothing prepared them for the next round of news.

It’s a case that left the medical team completely baffled. Noah was diagnosed with exact same tumor as his sister Kalea, and in the same location.

Doctors had never seen a case of two siblings being diagnosed with the same tumor in such a short time span.

Now, as the siblings prepare for rigorous rounds of chemo and radiation, they have the best support: each other.

Since Duncan and Nohea have stopped working so they can be with their children, a fundraiser has been set up to help them cover the medical expenses. It has so far raised more than $100,000.

If you would like to help the Avery family in any way, please visit their official GoFundMe page.

Watch the family’s full story below.