One day Mike went out for a run. He felt as though his shirt was chaffing his chest, but upon closer examination, he realized there was a lump underneath his skin.

He thought it was from irritation and assumed it would go away, but it didn’t.

Instead, the lump grew worse.

Mike began to research breast cancer in men — something he had no clue even existed — but he did all of it in secret, away from his wife.

“Mike had done some research after he found the lump. He didn’t share with me that it might be breast cancer,” his wife, Kara, recalls. “When he went to the doctor and came back and said they’re sending me right for a biopsy, it was shocking.”

Not only did Mike have breast cancer, the cancer had spread to his brain. Just as the couple was dealing with the horrifying news, Kara received some of her own. She too had breast cancer.

“It was so much harder when Kara had it,” Mike said. “I felt like there was nothing I could do.” 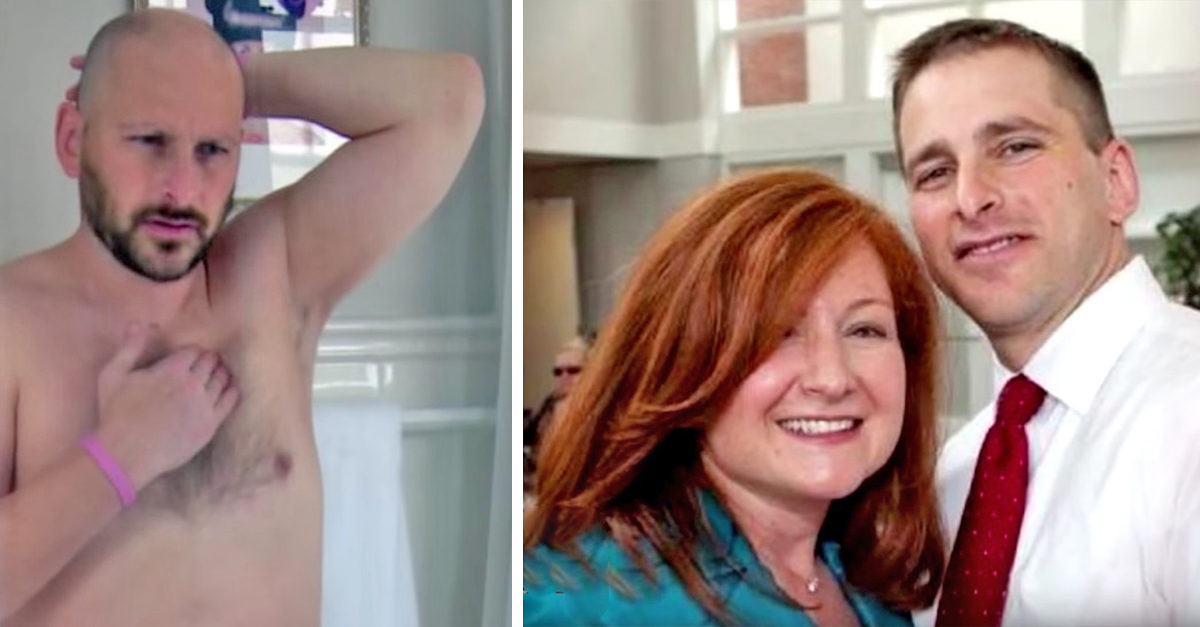 The couple underwent the exhaustive treatments together, and fortunately both survived and came out on the other side.

Now the two are working together to raise awareness about essential breast cancer screenings for both women and men — especially because early detection can be difference between life or death.

Please SHARE this couple’s incredible journey with your family and friends.