20 Women Reveal The Moment They Knew Their Marriage Was Over

There is often a lot of shame when it comes to divorce. We contend with most of society’s view that marriage means forever, and couples should do everything to make it work. Women who have been divorced have often felt this way too. Sometimes “everything” just is not enough, and things do not work no matter how hard two people may try. These 20 women bravely and openly shared the moment they knew their marriage was over. Divorce is not easy, but it can help to know that other women are dealing with very similar situations.

One can easily feel the heartbreak, the pain, but also the release of those feelings — the empowerment and new light that comes to shine within each woman as she shares her story.

There are tales of infidelity, abuse, emptiness, and loss of connection. Many may even read these stories and see something that sounds a lot like their own divorce or marriage. It’s in these words from other women that we know we are not alone and we shouldn’t feel shame. Marriages sometimes end… and that just means there is a new beginning.

*Some women chose to use an alias. 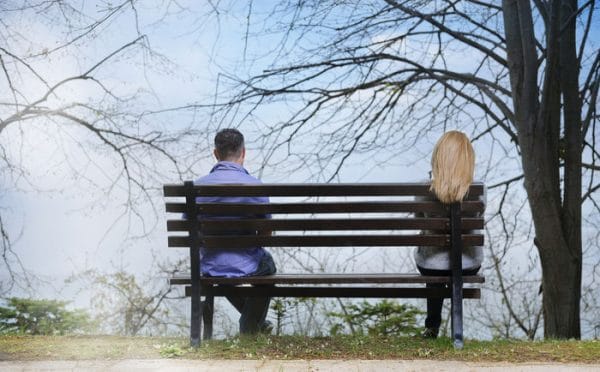 “We had been in a pretty terrible place for a long time and I kept asking him to go to couples therapy with me for years. One day while our very young children were playing outside and we were in the kitchen, I looked at him straight in the eyes and very clearly said, ‘We are in crisis. We need help. If we don’t go see a therapist, we will end up divorcing.’ He looked at me, didn’t say a word, and went outside to mow the lawn. As I sobbed in my kitchen, I knew that was it.” — Rachel 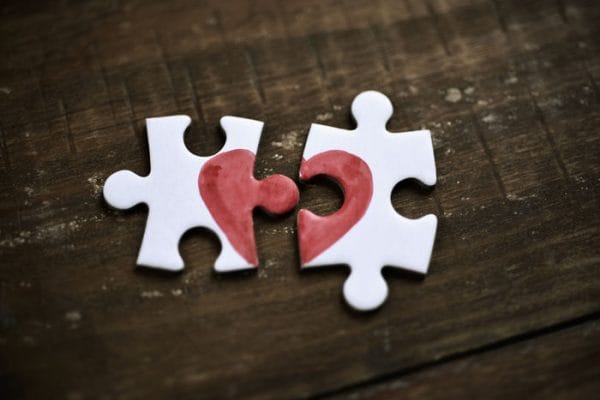 “When I was crying and saying, ‘I’ll do anything, I just want to make it work, I love you, I’ll do anything,’ and he just stayed silent and cold and maybe a little teary but basically had no response.” — Ellen 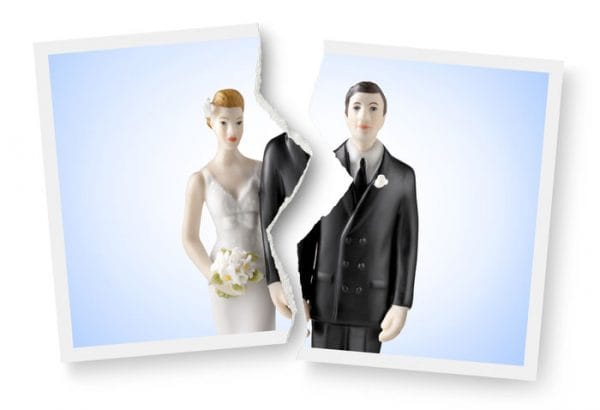 “When he said he would do anything to make it work… except go to marriage counseling or therapy. He said it was for the weak. I knew then. Apparently he wouldn’t do anything.” — Laurie 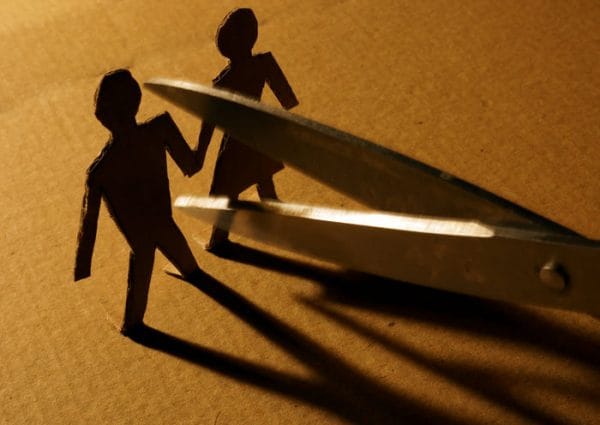 “Husband #1: When he was physically abusive and broke my phone so I couldn’t call for help.
Husband #2: When I found a keylogger on my computer because he thought I was cheating on him (I wasn’t).” — Sarah 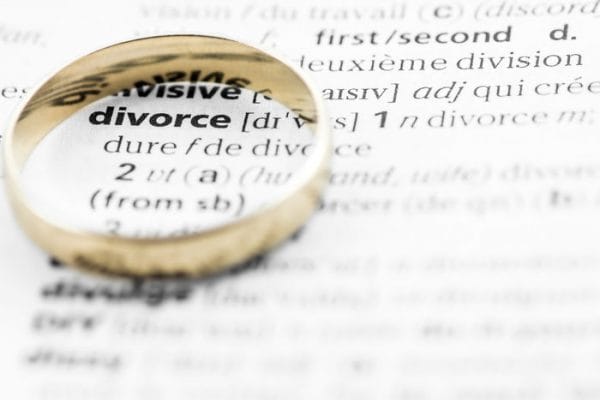 “When he went out without me… again… and it didn’t hurt.” — Angie 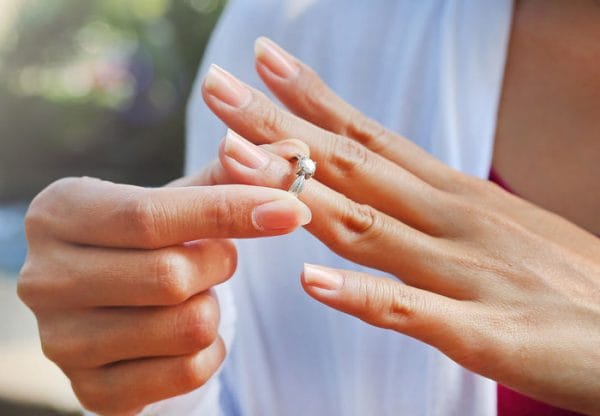 “When I didn’t feel the need to argue or fight about anything… didn’t feel anything for him at all. He wasn’t worth the energy because I knew it was over. I also knew when I looked at my daughters, and knew I didn’t want them to see or accept it was okay to be treated the way I was treated. I wanted to model something better for them.” — Sandy 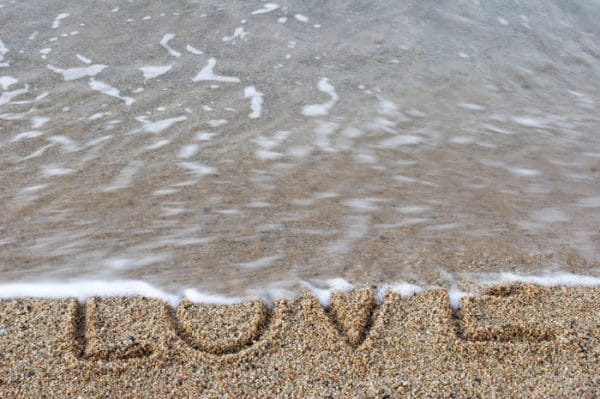 “I knew it was over when I saw the movie Chasing Amy. There’s this scene where Ben Affleck is by himself in the rain and what’s-her-name has run away and then she runs back and the noise he makes when he kisses her? I’d never heard that noise from my husband. Just… I mean… That was like a light going on in my head: This was not a marriage. It was a friendship.” — Amy 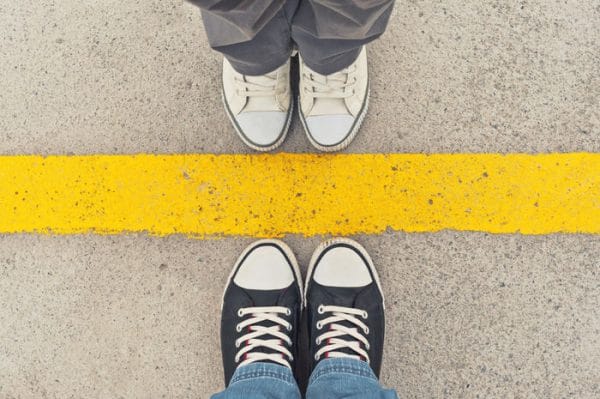 “When I was flying home from visiting my family — he couldn’t come with me and the kids. He ‘forgot’ to pick us up at the airport. We had to take a bus home and when we got in, there was another woman there with him.” — Jen 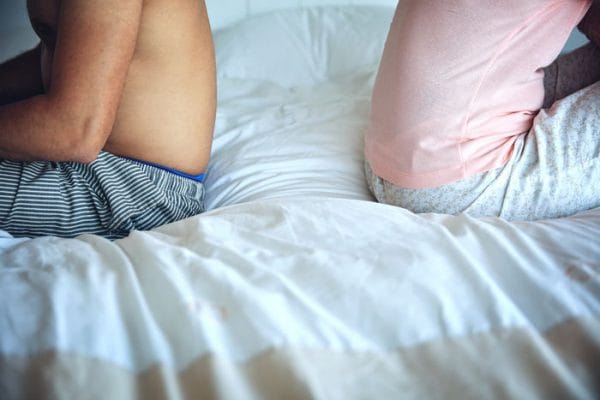 “After about six years of marriage, I realized that we were too different and that the gap would never get smaller, only bigger. We were raised in different family types; we had different opinions, morals, and priorities. At first I thought we could make it because we loved each other regardless of our differences, but really we were just not meant to be. We tried to force it and that’s never going to work out. I don’t regret it though because we had our beautiful twins. It was a learning experience, I guess.” — Amber 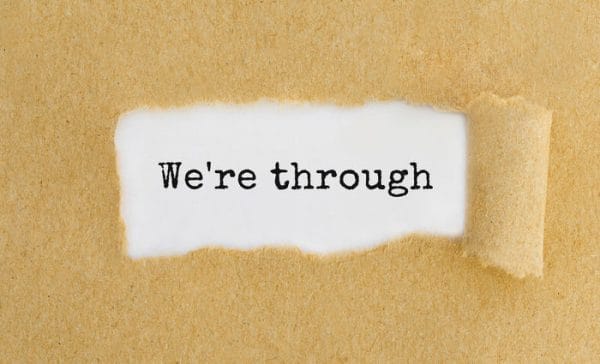 “Me: Where were you and who were you with?

“Him: Who do you think I was with?

“Him: Yup, and I’ve been f*cking her since December.” 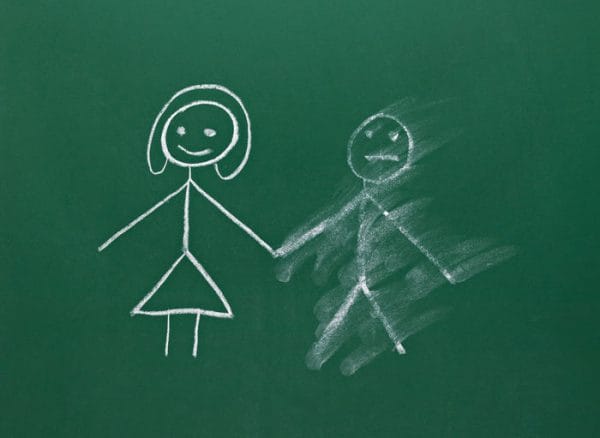 “I knew before I even walked down the aisle. I liked my husband and probably loved him too but not in a way that should have warranted our being married. I agreed to marry him and I regretted it instantly… not because he wasn’t/isn’t a great man but I wasn’t being honest with me. Three months later I had to ask him for a divorce and it crushed us both. Today we are very good friends but I remember that day (telling him I wanted a divorce) so vividly.” — Karen 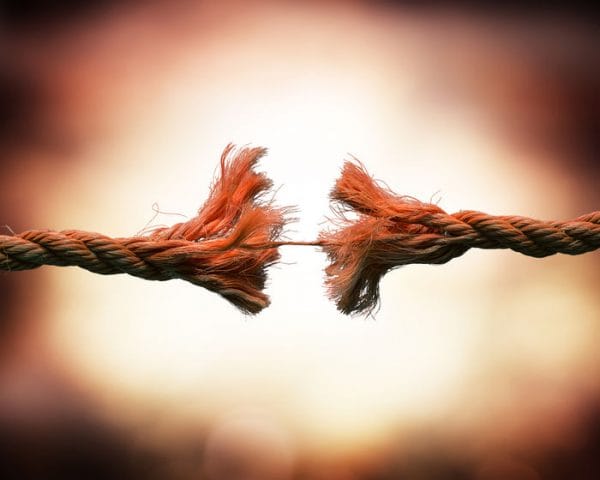 “There were so many signs looking back. But I really knew when I got home from work and he was watching a movie (The Matrix) in our living room with a ‘friend’ in the dark. He was sitting on the couch; she was sitting on the floor between his knees. He followed me upstairs and wanted to know why I hadn’t said hi to her.” — Julie 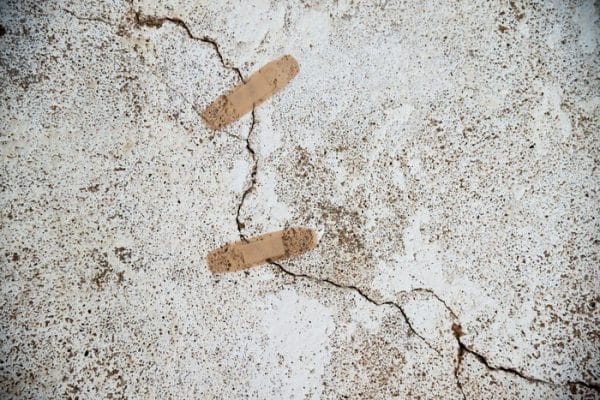 “When I had the thought and awareness, ‘I can’t live the rest of my life like this.’” — Joye 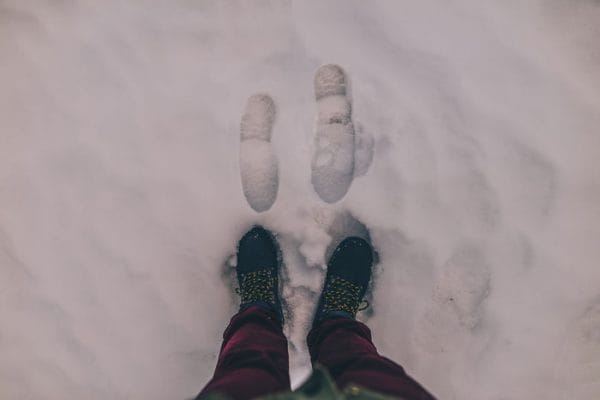 “After seriously close to four years of no sex (does one time even count?), I took my husband to dinner for his birthday and as a surprise present, I got us a hotel room, which he declined. The elephant in the room bore down upon my chest harder than it had ever done before and I just said ‘this is over.’” — Stephanie 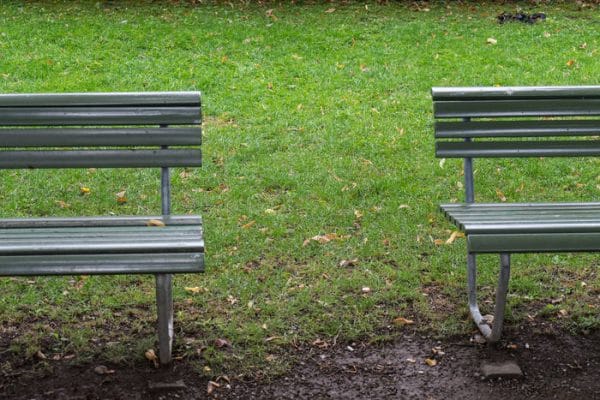 “First time I should have broken it off was right before I walked down the aisle and realized the only reason I was going through with it was for my soon-to-be stepdaughter who I loved dearly and knew would be crushed. The moment I actually did break it off was when my phone bill came in and I called to dispute charges (back in the days before unlimited texting). I was told one of our lines had gone over by thousands of messages, yet as far as I knew my soon-to-be ex hated to text. I guess since having a 19-year-old girlfriend he’d finally decided it was a cool way to communicate. Out the door his stuff went and I have never regretted it. I promised myself that my then-5-month-old wasn’t going to grow up in a house filled with fighting, disrespect, and anger.” — Cara 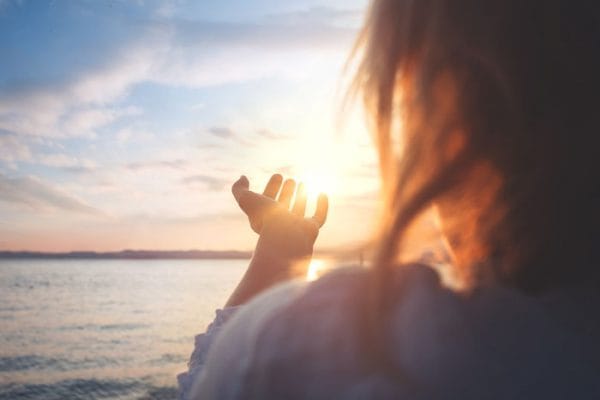 “When I started taking yoga. As I started feeling better and happier within myself it became crystal clear where in my life I was not.” — Monica 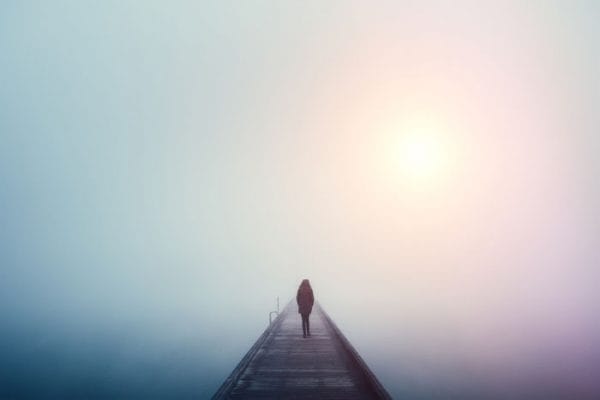 “To put it simply and politely… when I fully realized that we had two very different ideas about what love means and that we would never be able to reconcile those views.” — Jenny 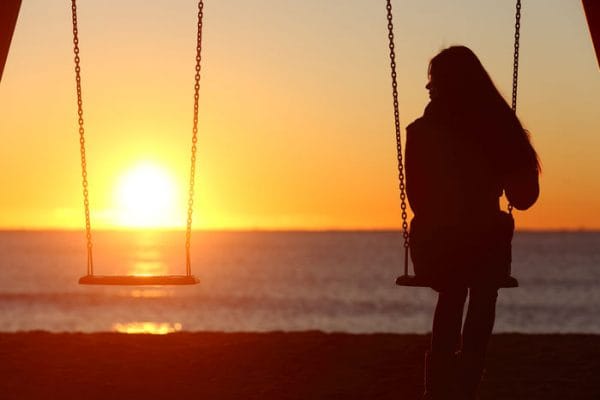 “I knew the marriage was over when I said ‘If we’re going to stay together, I’m going to need you to grow as a person’ and he said ‘That’s not going to happen.’ There was a lot of context, of course, but that’s when I knew.” — Fiona 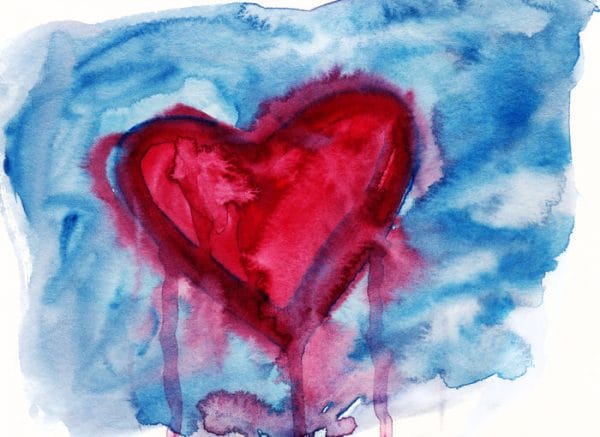 “I knew when I realized I wanted to grow as a person and he was just stuck. And also when he’d go away for weeks or months at a time and I was excited for him to leave. And anxious as hell for his return. Then after I told him I wanted a divorce, he begged me to stay and offered me $500. What a joke looking back.” — Amanda 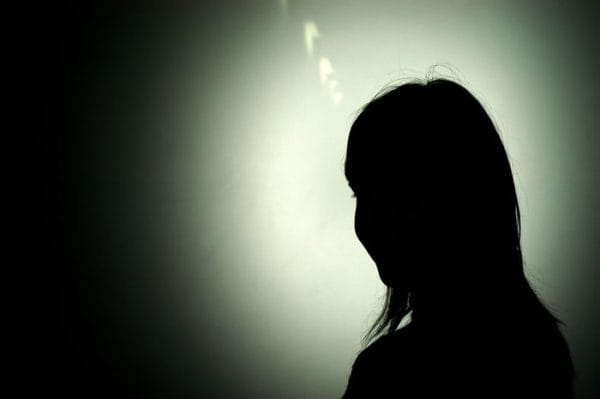 “When he said, ‘I don’t love you, no one loves you, you aren’t meant to be loved.’ There was nowhere left to go after that. I was sub-human. For all of the types of abuse there was, I think that singular remark was the deepest cut.” — Maura