Stephanie Hollifield adopted her daughter, Haley, two years ago, when Haley was eight months old. Since then, she’s struggled to figure out how to do Haley’s hair. Stephanie is white, while Haley is black.

Stephanie tried everything — she asked friends and strangers for advice, and she tried every product recommendation she was given. But she was still struggling, which meant Haley was struggling, too.

“We are gentle as can be, but she still requires at least 6 minutes of cuddles after the trauma of her daily hair combing,” Stephanie wrote on Facebook. “I feel like it looks great for about an hour or two and then it is tangly and clumpy again.”

The “clueless” mom of five finally turned to social media for help. To her surprise, a nearby black mom named Monica Hunter offered to come to her house to show her in person how to do Haley’s hair.

“It was important to me to touch Haley’s hair,” Monica explained to Yahoo. “Some hair is really soft, some is really kinky. With some, the coils are loose, with some, they’re tight.”

After one educational styling session, Stephanie learned some new techniques for doing her daughter’s hair. Monica didn’t ask for anything in return — she just wanted to help.

Stephanie was overwhelmed with gratitude, and one day, Haley will be, too. 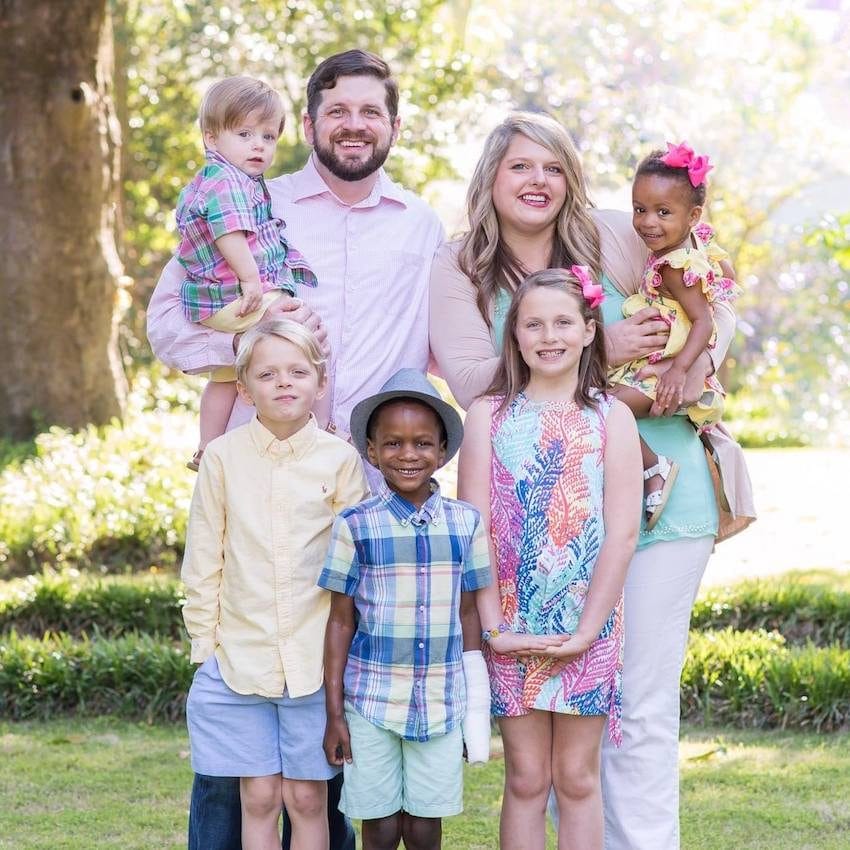 Georgia mom Stephanie Hollifield has five children, including two adopted black children. Her daughter, Haley, is two years old and has been with the Hollifields since she was eight months old. 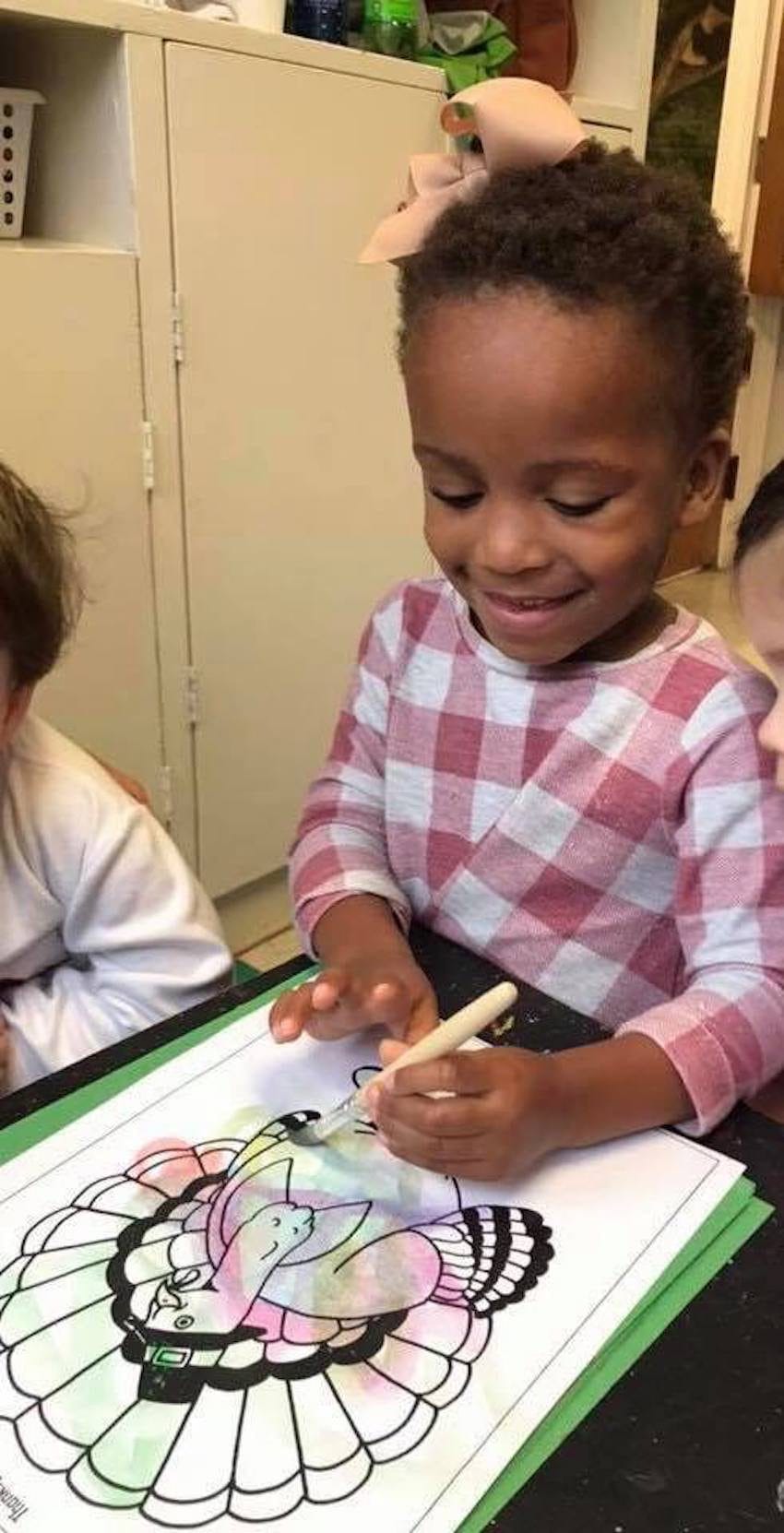 Parenting a child of another race brings unique challenges for everyone. As Stephanie attempted over and over again to figure out how to do Haley’s hair, both mom and daughter felt frustrated by the “trauma of her daily hair combing.” 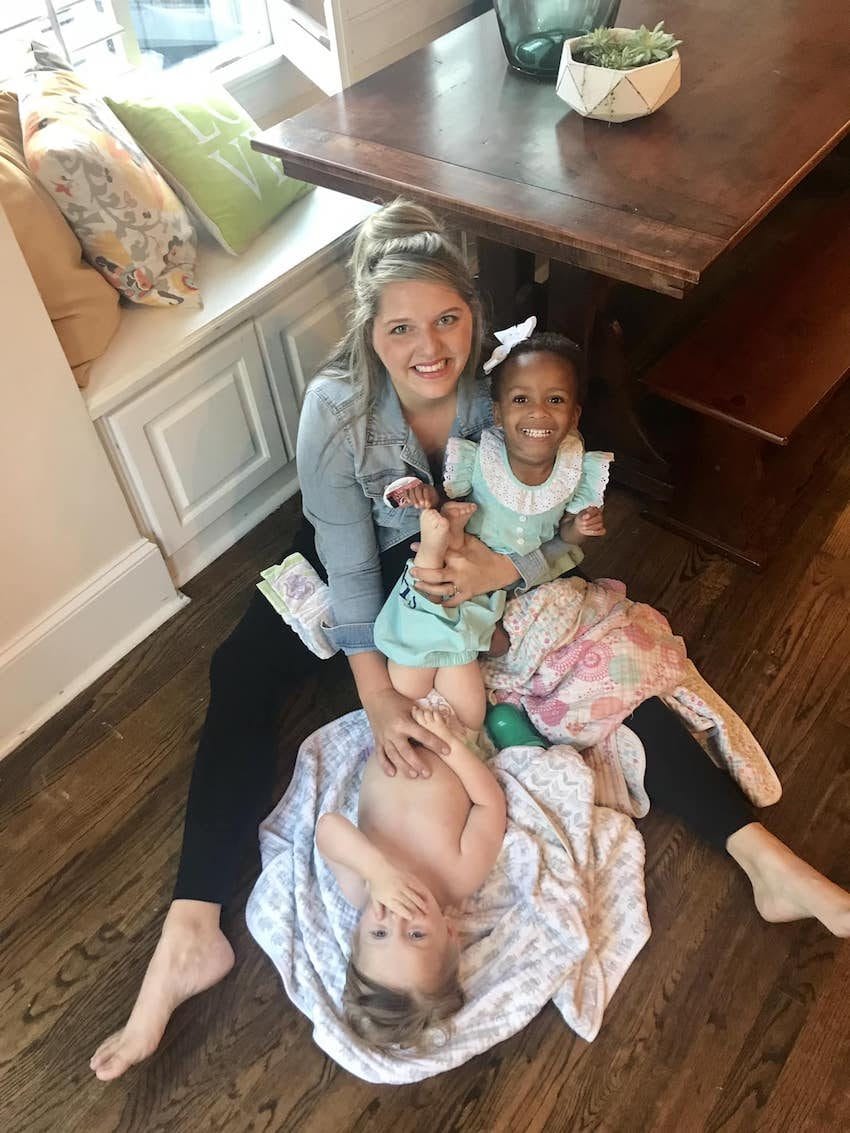 “I have asked strangers in Publix with kids with cute hair and I’m still not getting it,” she wrote.

So she finally turned to Facebook with a plea.

“Dear Black Friends of Social Media,” Stephanie began. “This clueless white momma is humbly coming to you to ask your help with Haley’s hair.” 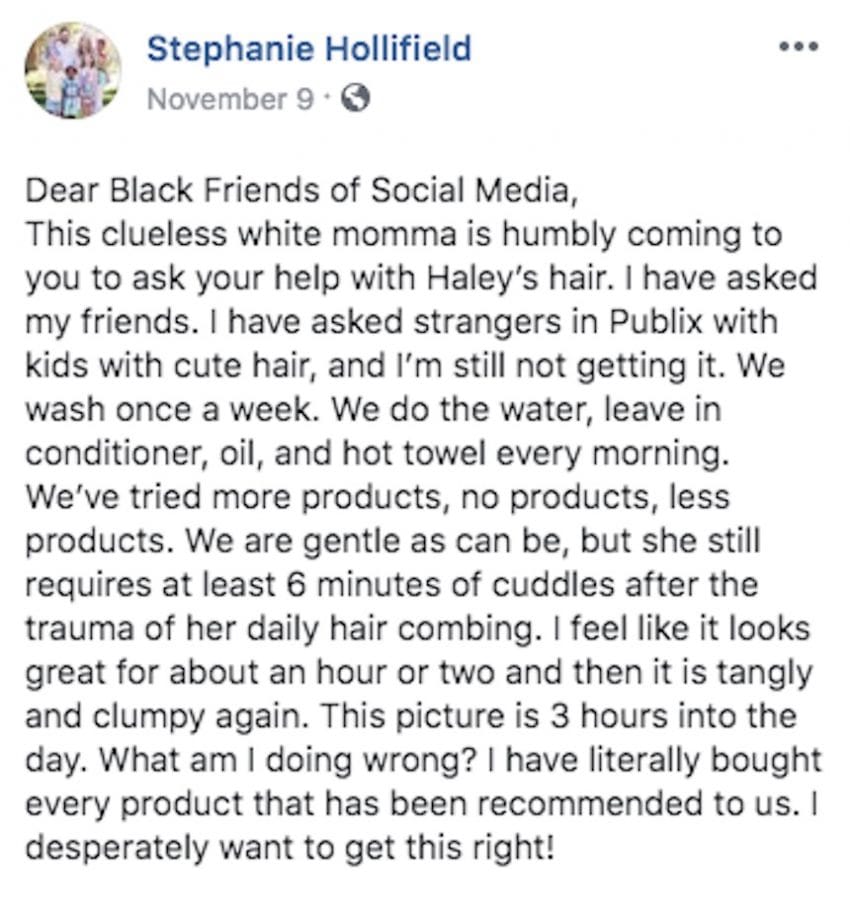 In response, black women chimed in with tons of advice — but much of the advice was conflicting. 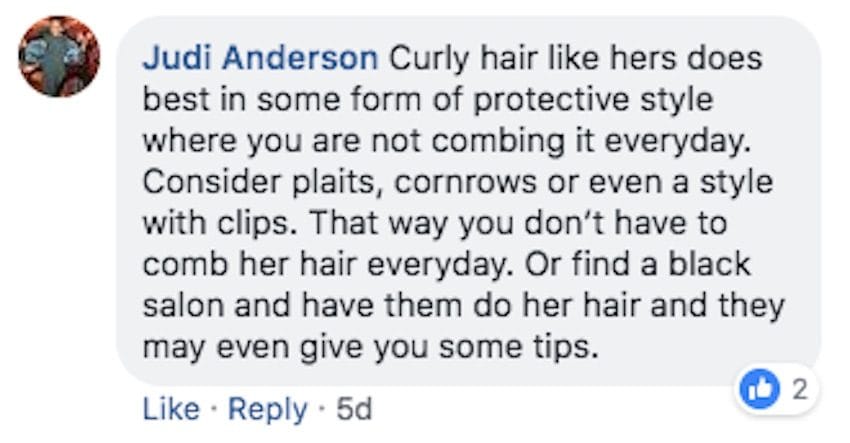 But one local black mama took it a step further. Monica Hunter, who has three daughters of her own, messaged Stephanie with advice.

“Then I said, ‘If you ever need help, I’ll come over and help. I’m serious. We’ll style Miss Haley’s hair!’” Monica told Yahoo.

Stephanie took her up on it. 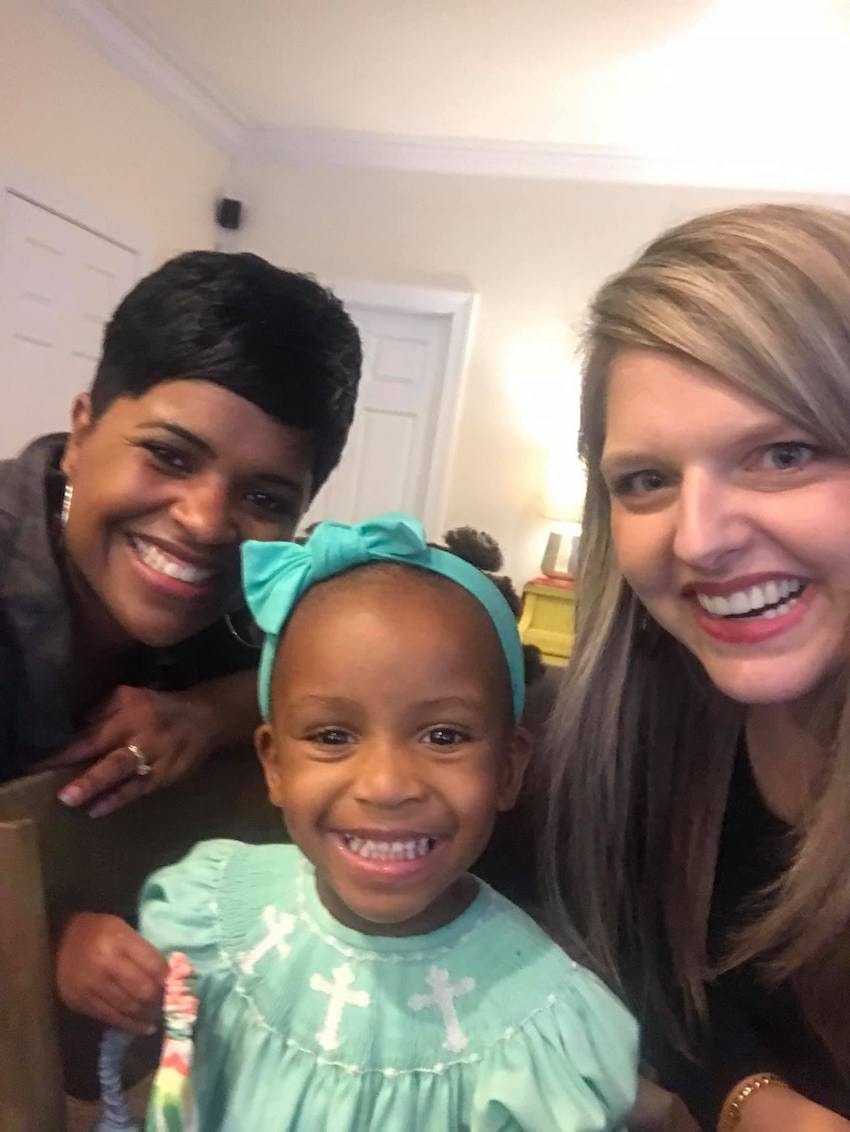 On a recent Sunday, Monica went to Stephanie and Haley’s house with combs, products, headbands, and plenty of wisdom. Monica says she wanted to touch Haley’s hair before offering further advice, since every black girl’s hair is different. 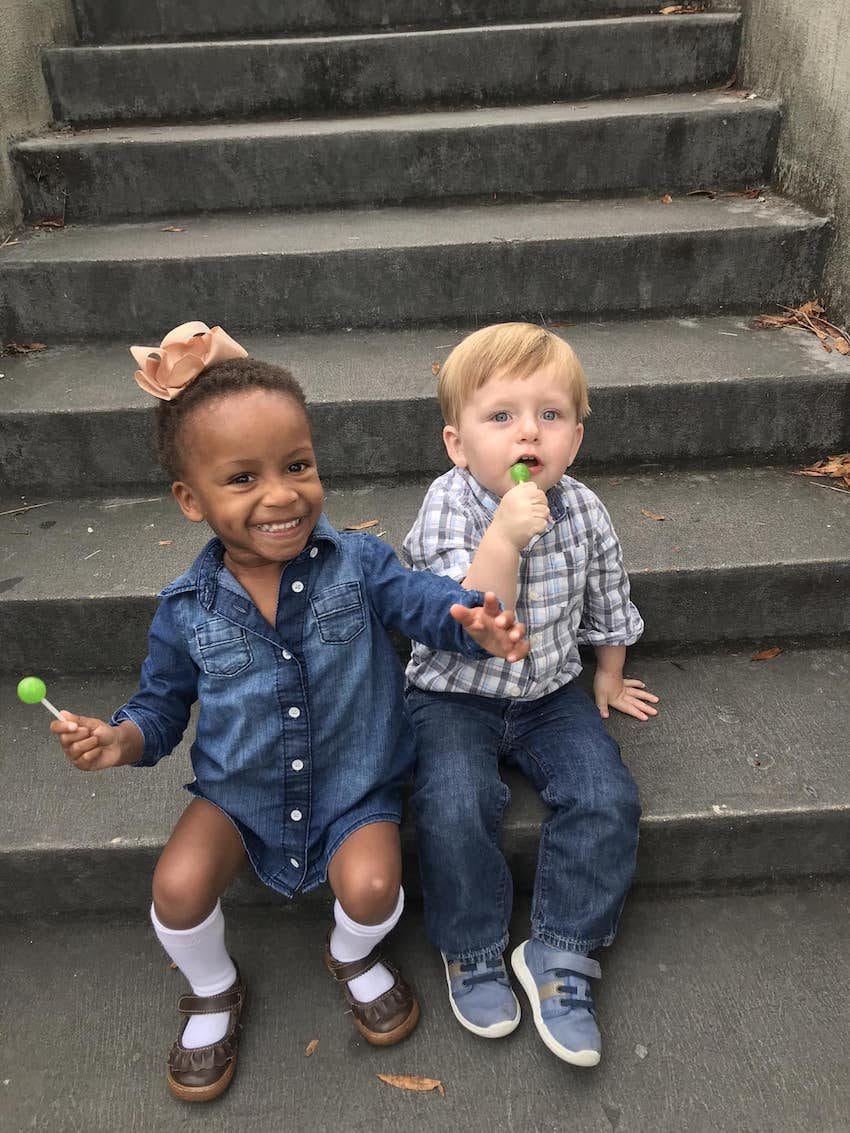 She found that Haley’s hair was “clean, soft, and manageable.” But she still advised Stephanie to keep the hairstyles simple, since Haley is so young.

Monica recommended that Stephanie be more hands-off — skip the daily combing, and instead put Haley’s hair into protective styles for weeks at a time to encourage her hair to grow long and healthy.

Then she put Haley’s hair into a simple protective style herself to show Stephanie how. She applied oils to Haley’s hair, parted it, and created two ponytails with a cute headband. 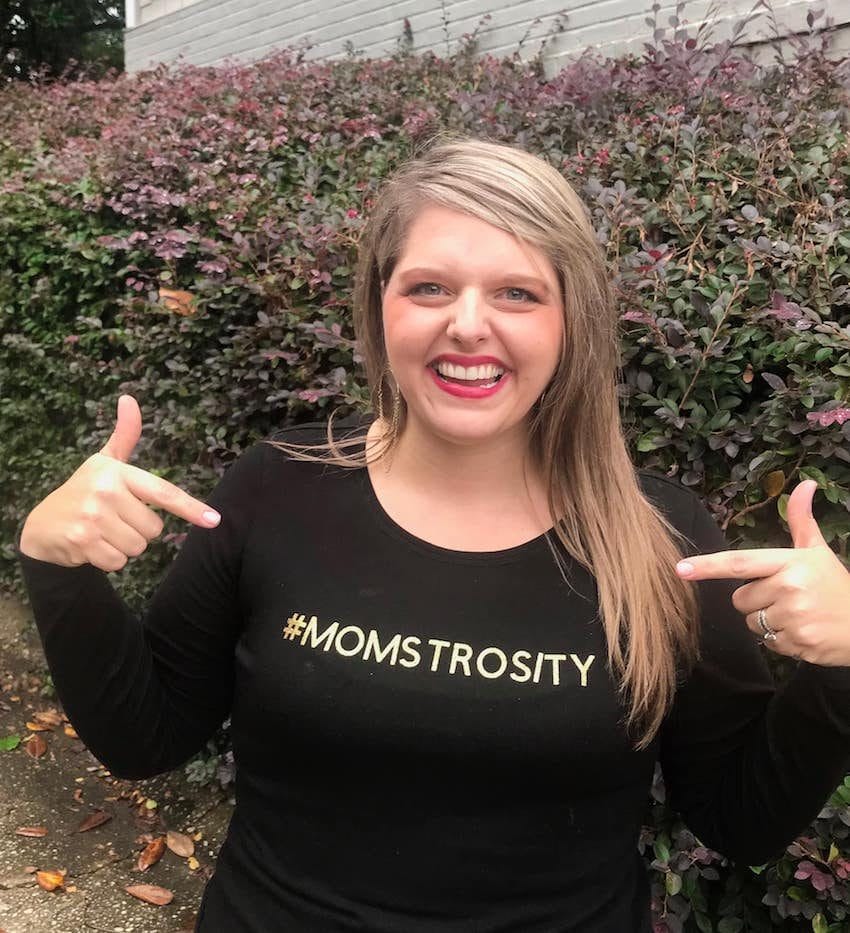 Stephanie was beyond thankful. She posted an update on Facebook, sharing what had happened.

“This lady, Monica Hunter, who I had never met in person before today, offered to come to my house and walk me through exactly how to style my daughter’s hair,” Stephanie wrote. “She asked for nothing in return and wouldn’t accept my money. By the time she left I had a little more confidence in fixing my daughter’s hair, and most importantly I felt supported by my new friend.” 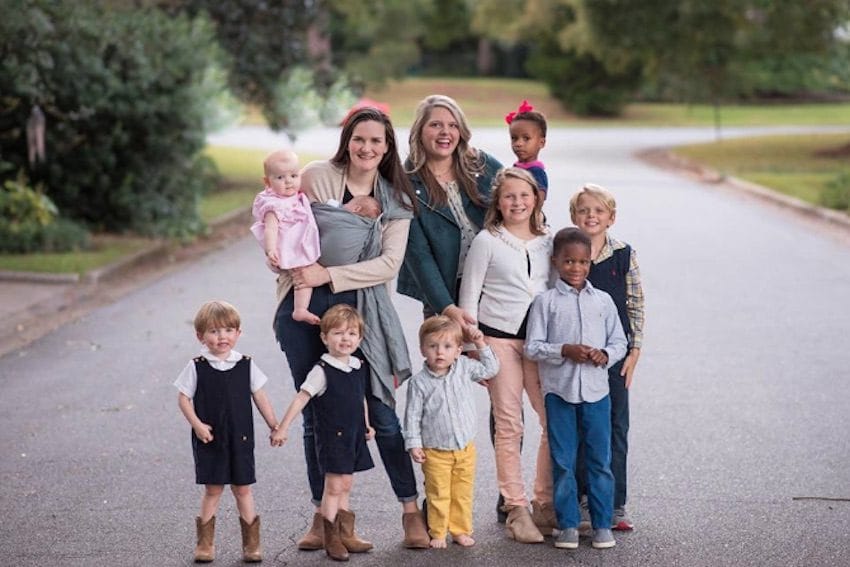 Commenters were extremely inspired by the way these two women came together.

“Thank you for sharing because this is how life should be. Helping our neighbors is our calling,” one wrote.

“Such a sweet woman to reach out and help,” another added. 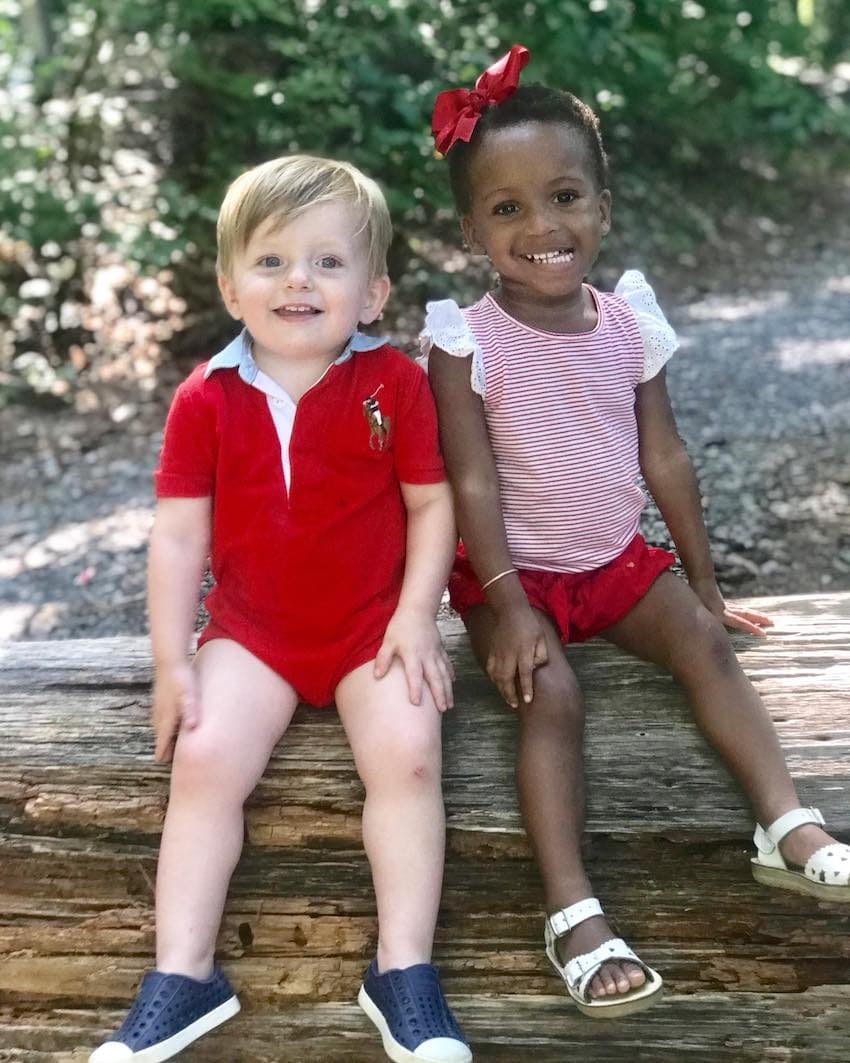 Stephanie says that as a mother to an older black child, she wasn’t entirely surprised at the helpful responses to her question.

“I have noticed, since adopting my older son, that the black community is there to partner with me,” she told Romper. “My black friends and community members have stepped up out of the goodness in their heart when I have questions about race and culture.” 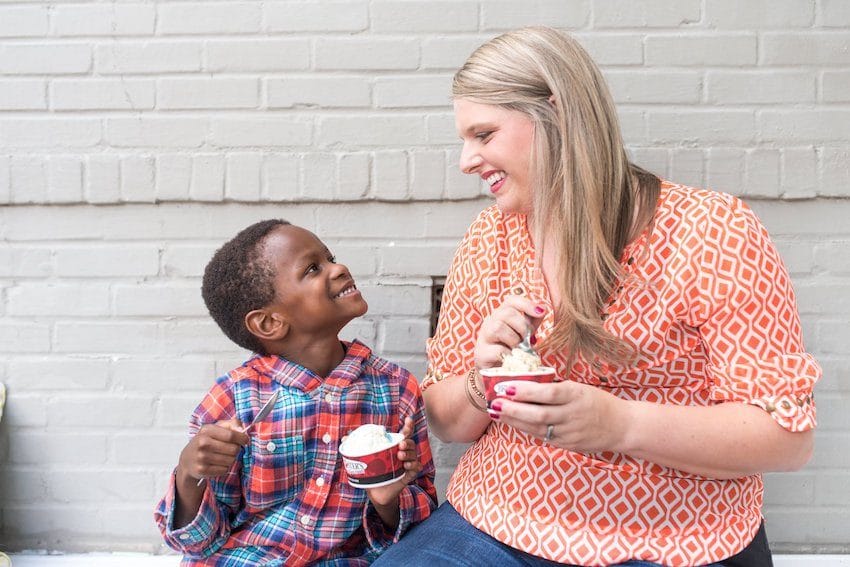 But there’s no understating the importance of Monica’s generous help, and Stephanie totally understands why the post got so much attention.

“In our country, where everything seems so divisive, this quiet act of kindness spoke loudly to people from all walks of life,” Stephanie wrote on her blog, Momstrosity. 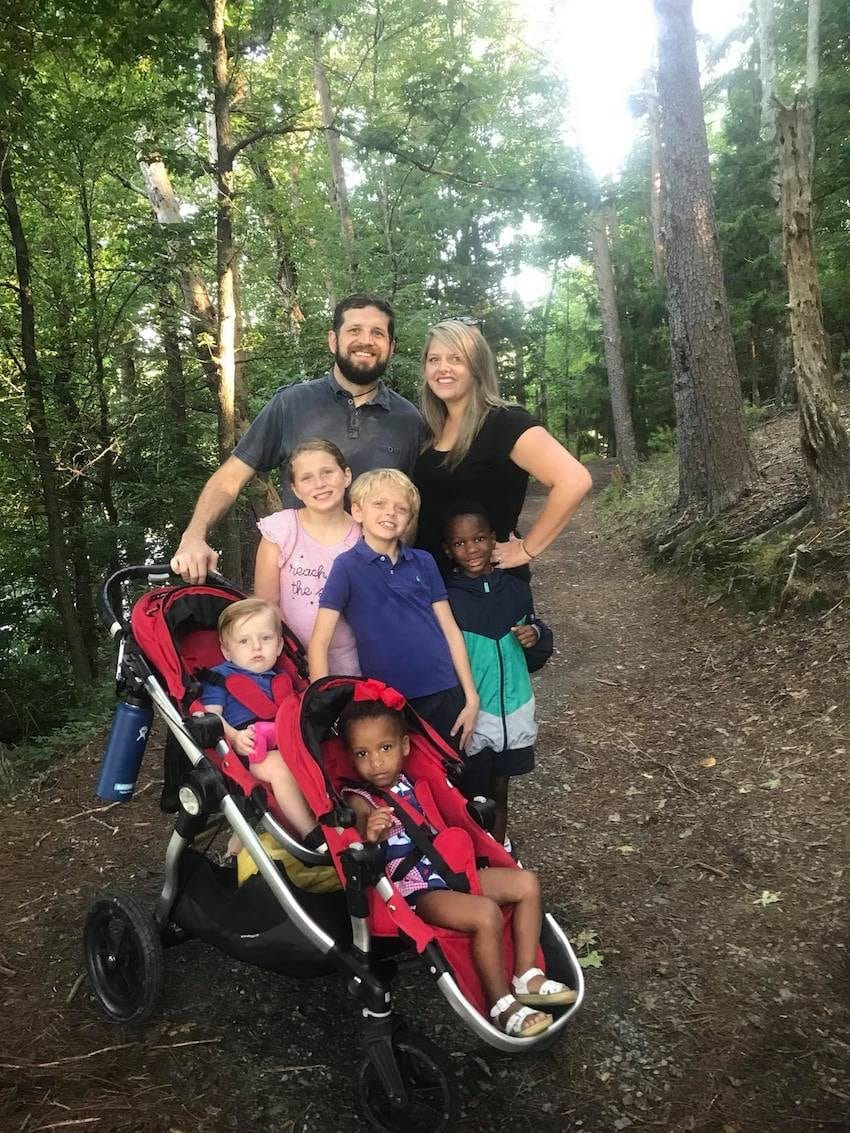 Stephanie and Monica’s friendship will likely be life-changing for Haley, who’s now lucky enough to have a mama who knows how to treat her hair — no more trauma.

And although the lesson was meant for Stephanie, Monica pointed out that she benefited from their new friendship, too. 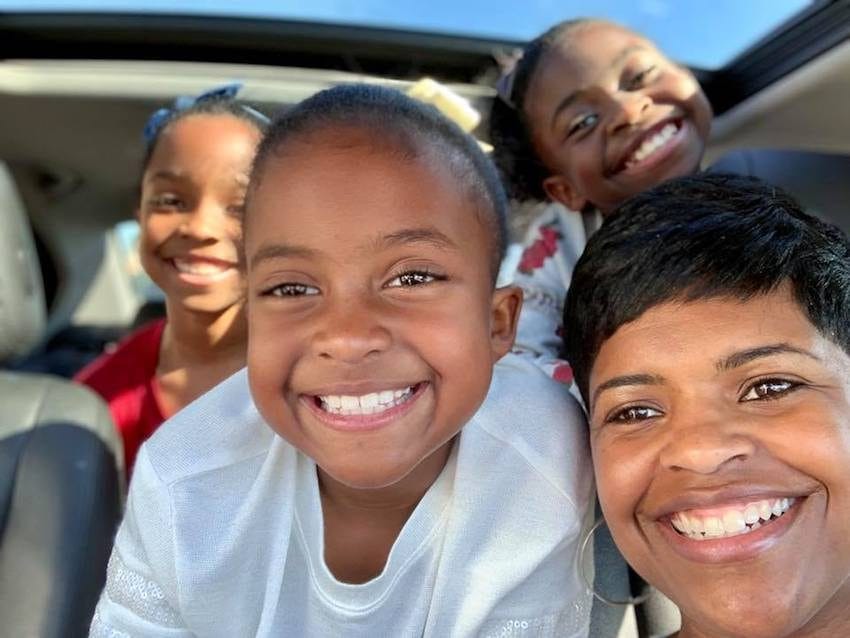 “You all have no clue, that little girl Haley — and Stephanie — blessed me more than I blessed them,” Monica told Yahoo.

She added that they’re planning on another get-together soon, this time with Monica’s daughters there. 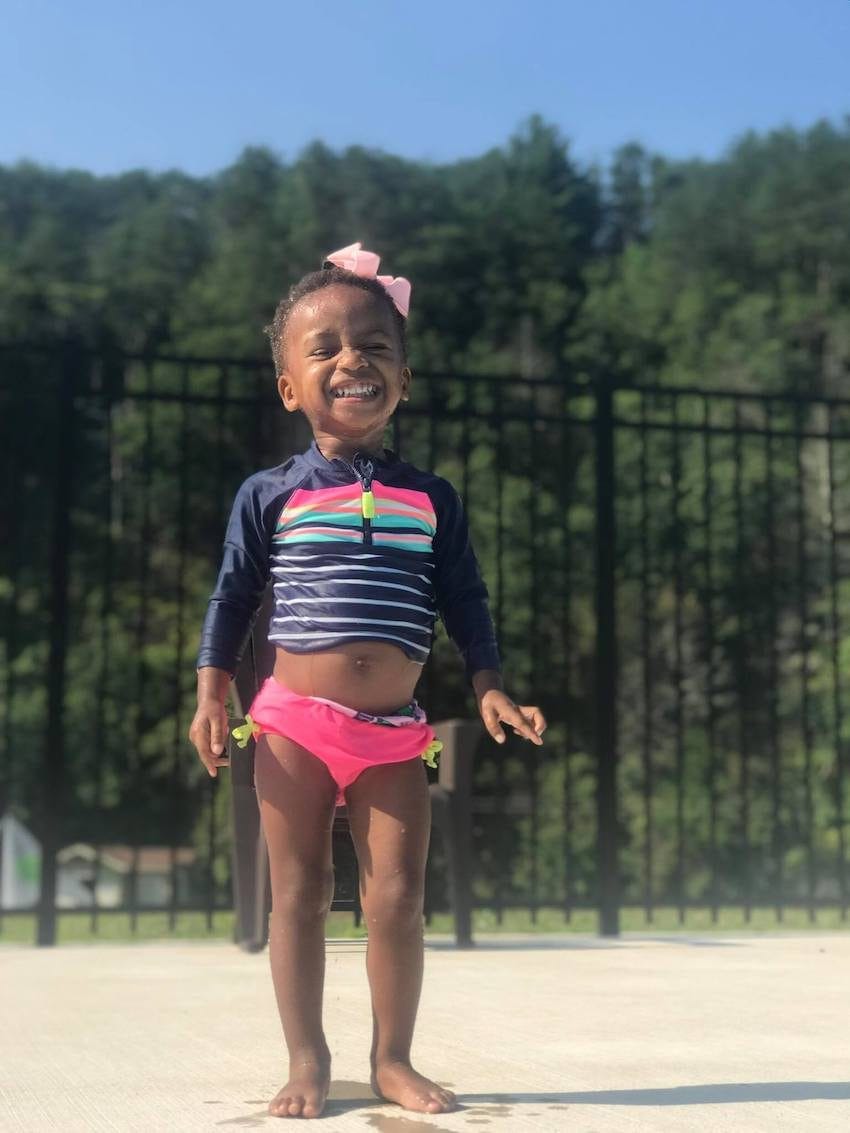 “I think this opened up an opportunity to create positivity for everybody. We will definitely be seeing each other again!” Monica said.