Being a child with cancer isn’t easy. Aside from battling an intense and scary illness, children also miss out on a lot of the fun parts of being a kid.

Drew Esposito is a 5-year-old patient at Norton Children’s Hospital in Kentucky. Drew is being treated for medulloblastoma, a rare form of cancer that requires extensive chemotherapy and long hospital stays.

“Little Drew is the light of any room that he walks into,” nurse Taylor Bergman explained to Inside Edition.

Drew’s treatment has required him to be isolated many times. He’s found a way to keep a positive attitude despite that, usually by engaging with the nurses.

Taylor explains that Drew will often hit the call button and surprise nurses with Nerf guns when they come to check on him.

Drew upped the ante with his dad’s help. 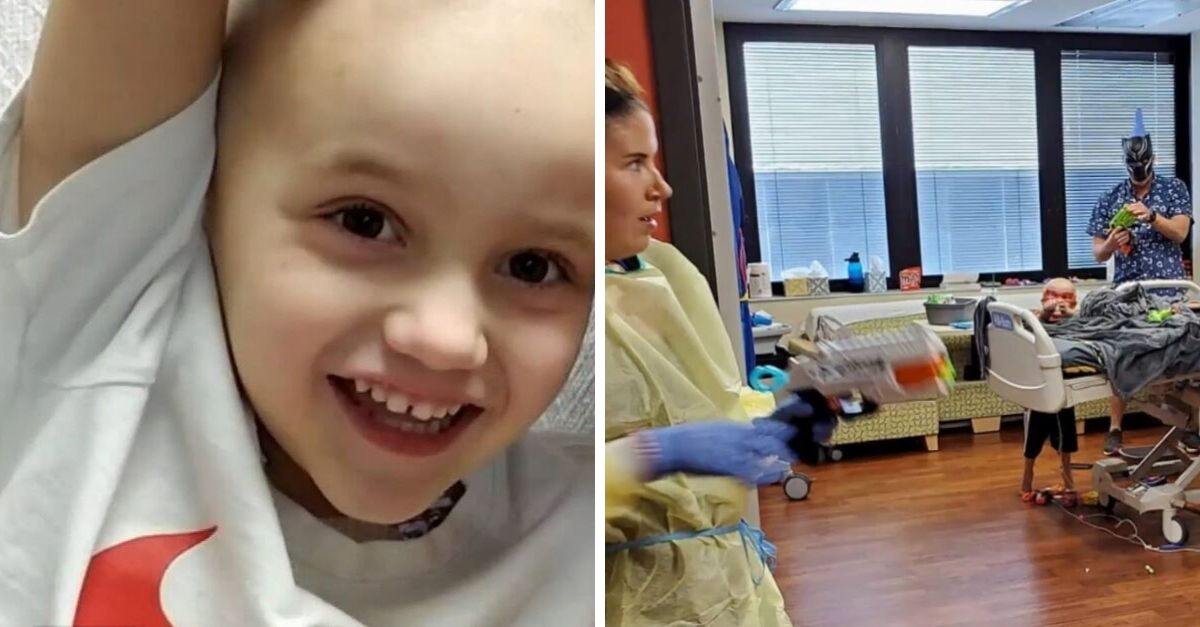 “We were not prepared for him to be suited up in a superhero outfit with his dad helping him as well,” Taylor explained. “The costume was half-practical. Drew’s treatment requires him to be isolation, which requires us to wear gowns and masks quite often.”

Nerf gun battles aren’t the norm in the children’s hospital, but the staff sees it as part of Drew’s care.

“We don’t have Nerf battles every shift and hour, but while we’re providing medical care and tending to his needs, it’s important for this age and all children that we treat to keep developing them, and part of that is play,” Taylor explained. “Anytime we can be superheroes and make a game out of taking medicine or achieving care goals is a really great day at work.”

Thankfully, Drew’s dad, Jeremy Esposito, reports that he’s doing better since his latest round of treatment.

“He’s heads and shoulders above where he was a few short weeks ago,” he said.