Every week, a trio of sisters from Minneapolis would run to the living room window in anticipation. Grace, Rose, and Sophia Evenson would stop whatever they were doing to look out for the garbage truck that would soon make its way toward their house for trash collection.

Over the course of the following year, the Evenson sisters developed a close bond with the two garbage men, Brandon Olsen and Taylor Fritz.

With kids of their own, the men came to rely on the girls’ friendly smiles and excited waves. They truly enjoyed the cute weekly exchanges from across the yard, even if they took place on either side of the big glass window.

When Halloween came, they’d leave treats for the girls. The girls would draw colorful pictures for them in return.

One day their mom, Angie, wrote the trash collectors a short note of gratitude — but it also included some heartbreaking news.

The note read, “We may miss you some Thursdays upcoming, our 3-year-old girl was diagnosed with cancer and has chemo on Thursdays.” 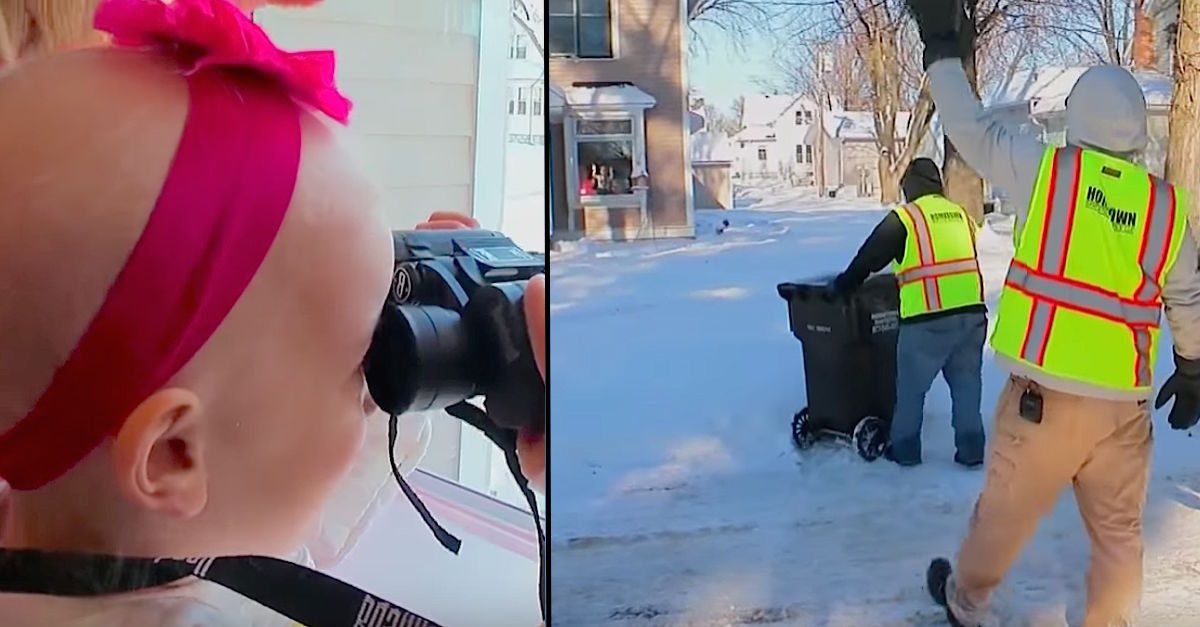 In September of that year, 3-year-old Rose had been diagnosed with stage 4 kidney cancer that had spread to her lungs.

She started spending many days away from home in the hospital, which meant she couldn’t see her beloved garbage collectors as often as she hoped. Brandon and Taylor couldn’t shake the unexpected bombshell.

One week later, Angie received a note from Brandon and Taylor that left her speechless: they were going to collect their garbage every week free of charge from now on.

In the video below, you’ll see life has changed a whole lot since Rose’s story first went viral.