While on vacation with her family in Egypt, 5-year-old Salma Bashir accidentally sat on the pool’s main suction valve.

In mere seconds, the little girl found herself helpless against the suction’s force. She screamed for help, but not even the lifeguard could rescue her in time.

Salma was wearing a red bathing suit, so when she was finally pulled from the pool her mother thought she saw pieces of the red garment on the concrete. Then she realized the horrifying and surreal truth — that the suction literally pulled Salma’s small intestines out of her body.

Tragically, this happens more than you may think.

For example, Fox News reported that in 2008, a 6-year-old girl from Minneapolis sat on a wading pool drain and its suction ripped out part of her intestinal tract. She underwent transplant surgery but ultimately died from complications. Her injuries led to federal legislation to ensure better pool safety. 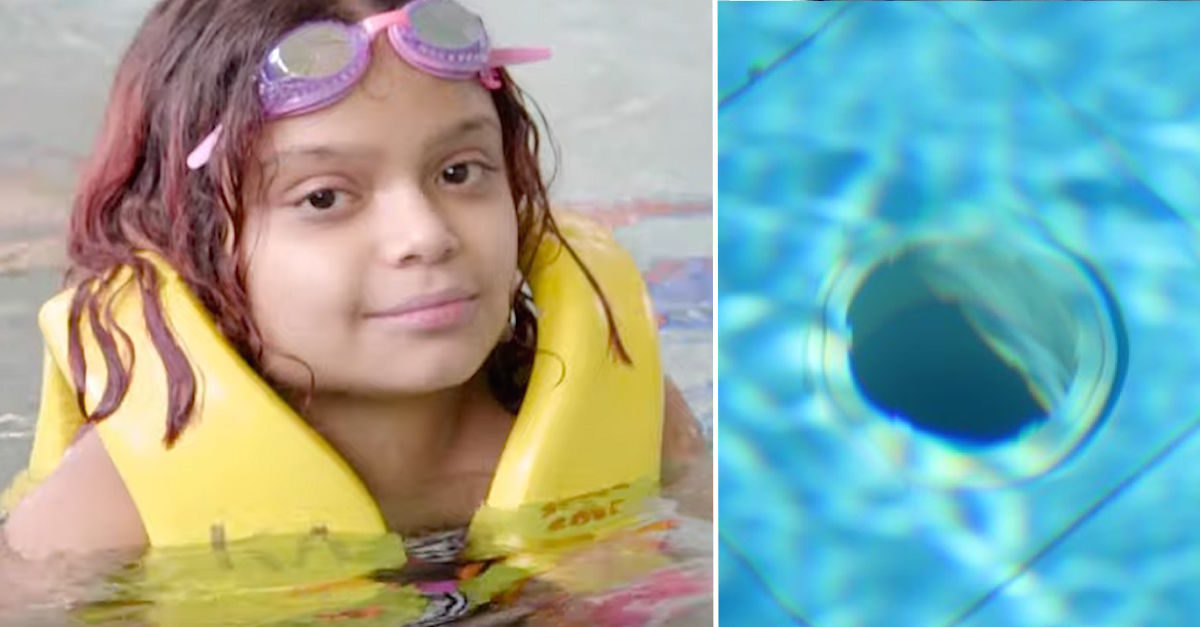 Doctors prepared Salma’s family for the worst and gave her just weeks to live. Determined to give her the best fighting chance, her family uprooted their lives and moved to Pennsylvania for lifesaving treatment. After raising $300,000 and waiting for nearly two years, Salma underwent a small intestine transplant, but her body rejected it.

Six months later, the transplant was removed — in addition to her large intestines and gall bladder.

Despite the doctors’ bleak diagnosis, Salma survived and is now a talkative, upbeat, and kindhearted 16-year-old. As you’re about to see, her day-to-day life is anything but easy, but her spirit is as strong as ever.

Watch the video to learn more about this amazing young lady!