Single Mom Has To Beg For Rides To Doctor For Son With Brain Tumor. Stranger Says ‘Not Anymore’

It wasn’t long after Nikole Osani gave birth to her son, Canyon, that she knew something just wasn’t right. During his infancy, Canyon experienced severe vomiting, and his eyes made uncontrolled movements. His head was also particularly large.

Despite Nikole’s voiced concerns, doctors told her she was just worrying too much.

But the 23-year-old single mother was right all along. Canyon was very sick. He was diagnosed with an inoperable brain tumor, and the cancer began spreading down his spinal cord. He has since undergone at least six surgeries.

Nikole decided to give up her own apartment so she could move back in with her parents and focus on Canyon’s care around-the-clock. 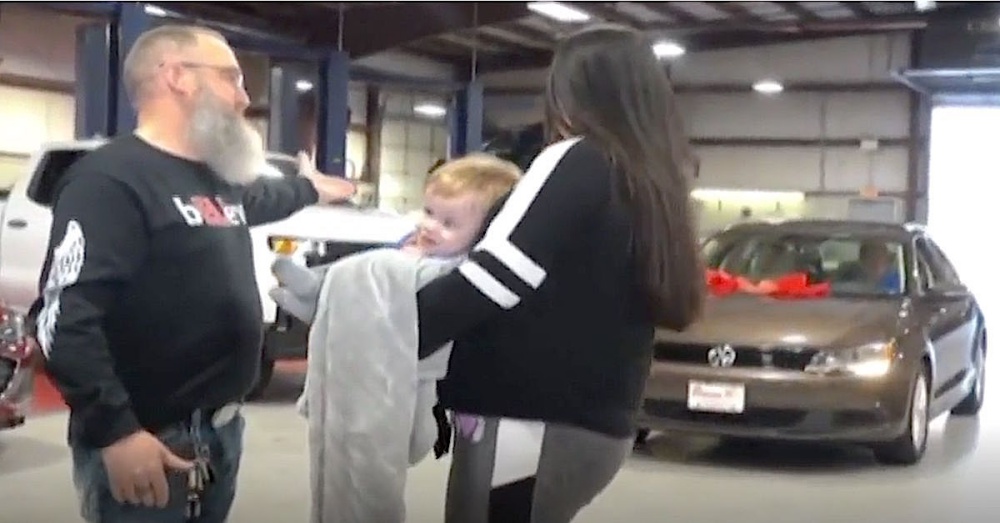 The young single mom faced another monumental challenge: she didn’t have a car. This meant she had to depend on others to get Canyon to his crucial appointments at the Johns Hopkins Hospital, a nearly two-hour drive from home. Nikole was forced to continually beg her family and friends to drive them to and from Canyon’s chemotherapy appointments… appointments that he simply could not miss.

Paul was so taken by the single mother’s plight that he reached out to his donors and volunteers to see if anyone could help.

His inquiry made it to Cynthia Mowery — a recent police academy graduate with an incredible lifesaving offer for Nicole and Canyon.