Alex Trebek isn’t going down without a fight, but that doesn’t mean his cancer battle is by any means easy.

The iconic Jeopardy host revealed that he is battling stage 4 pancreatic cancer in March of 2019. He’s undergoing aggressive chemotherapy treatments to fight the disease.

He spoke about his experience on Good Morning America with Robin Roberts, who is a breast cancer survivor.

“I have a good day, and then the next day for no reason that I can fathom it turns south on me,” Alex said.

He explained that weakness and depression are common for him following treatments. “Surges that come on suddenly of deep, deep sadness, and it brings tears to my eye — I’ve discovered in this whole episode, ladies and gentlemen, that I’m a bit of a wuss.”

Alex wants to be open with his experience so that others know they aren’t alone.

“Chemo affects people in different ways, and people have to understand that. And there’s nothing wrong with saying, ‘Hey, I’m really depressed today, and I have no idea why,’” he added. 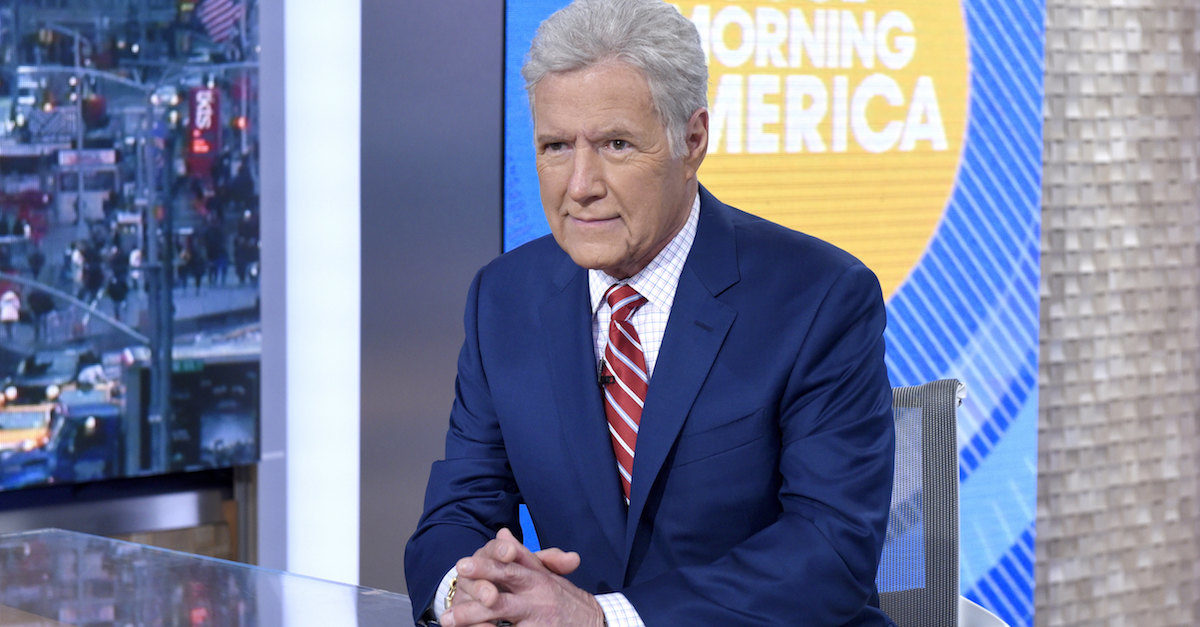 Jeopardy has finished filming for the season, giving Alex plenty of time to dedicate to his health before returning for the fall.

“I just have to get strong. As you know, the chemo takes it out of you,” Alex explained. “I feel so weak all the time, and that’s not a good place to be.… Hopefully, everything is going to turn out well, and I’ll be back on the air with original programming come this September.”

Watch the video to see Robin’s interview with Alex Trebek.