Alex Trebek has dedicated the past 35 years of his life to hosting Jeopardy! He’s been a staple on our television screens, week after week, since 1984.

In March 2019, Alex publicly broke the news that he was diagnosed with stage 4 pancreatic cancer. He has been very open about his health battle and how his treatment — and the resulting bouts of depression — have impacted him.

Two months after making the heartbreaking announcement on the Jeopardy! stage, Alex won his sixth Emmy Award. It seemed his health was improving when he shared that his doctors believed his cancer was “near remission.” 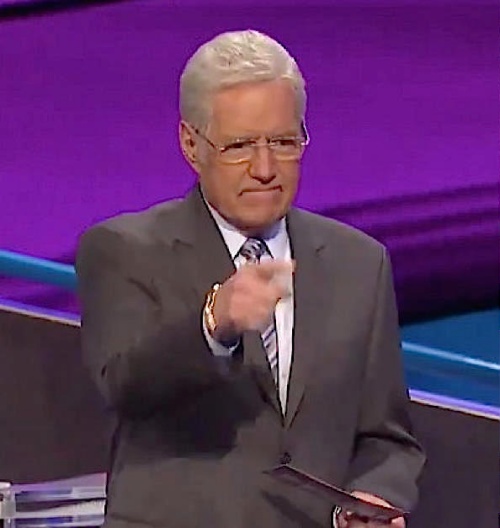 But on the first night of the Tournament of Champions semifinals, Alex told the contestants he was reentering cancer treatment after encountering a setback in his recovery.

Contestant Dhruv Gaur couldn’t shake the news and wanted to take the opportunity, right there on television and for all the world to see, to tell the legendary host just how much he cared.

And so Dhruv decided to enter his Final Jeopardy question with a heartfelt “guess.” 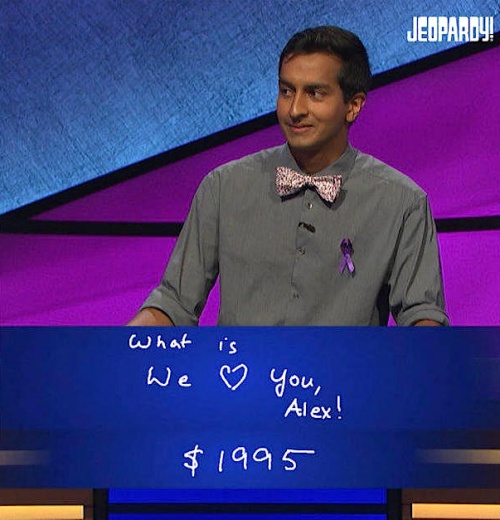 Dhruv’s message of love quickly sparked a national Twitter trend, #WeLoveYouAlex, and now people all over the world are saying the unexpected Jeopardy! moment made them cry, too.

In the clip below, see the touching TV moment that made Alex emotional.