Jessica Reboredo and her husband have worked tirelessly to provide for their children. Jessica earns money by working as a server at Chili’s, while Robert worked as a professional carpenter.

But when Robert was just 24 years old, their lives were forever changed when he was diagnosed with testicular cancer that had already metastasized to his stomach and his lungs.

Making the situation even more dire and difficult was the fact Jessica was pregnant with their fourth child at the time of Robert’s diagnosis.

Robert flew from Las Vegas to Los Angeles to receive treatment, which meant Jessica had to travel many miles to be with him. Without his income to support the family, she was struggling to keep the bills paid and put food on the table.

She even had to sleep in her car outside the hospital because she couldn’t afford a hotel. 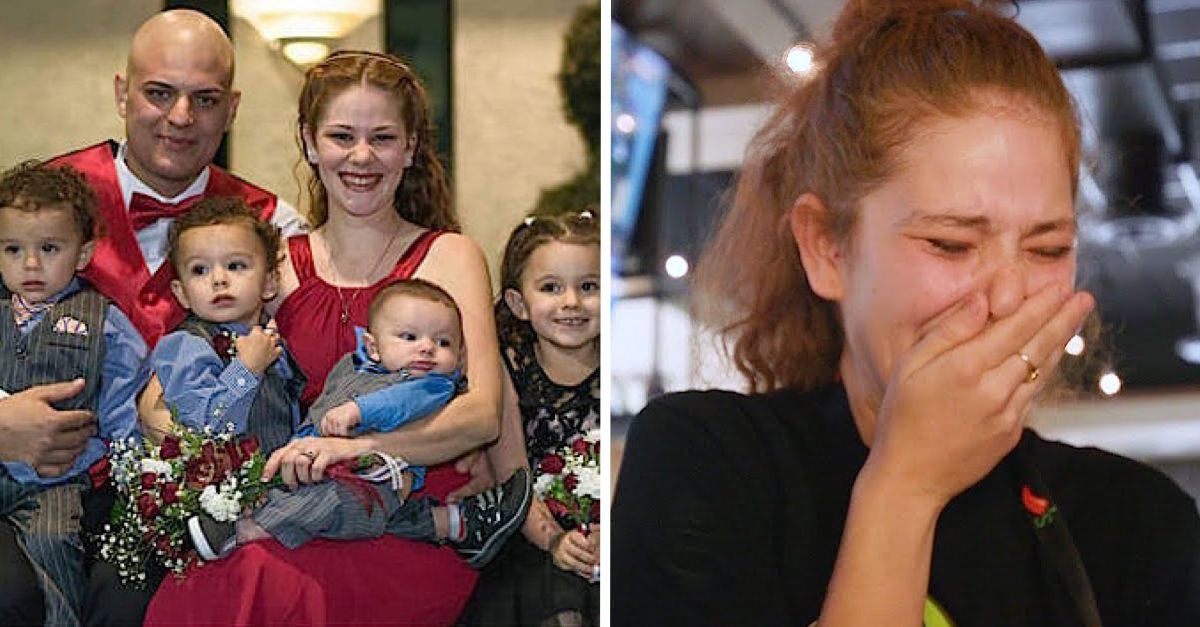 Jessica had never lost touch with her second grade teacher, Kimberly, even though decades had passed. Her former teacher would end up becoming a prominent figure in Jessica’s life.

In 2018, Kimberly contacted the Fox5 Surprise Squad to see if they could help Jessica and her family.

In the clip below, Jessica thinks she’s working a seemingly normal shift at Chili’s. In reality, hidden cameras are set up throughout the restaurant as Jessica waits on multiple tables.

She is completely shocked when each patron begins to leave tips, one bigger than the last.

But that still isn’t enough…

Watch what happens in this video!