Beth Fairchild is a “mother, activist, cancer fighter, and tattoo artist.” And she also has incurable metastatic breast cancer. She received her diagnosis in 2014 after extreme fatigue and bloating sent her to the doctor for a check-up.

The 38-year-old got her first tattoo at the age of 18, became a tattoo artist at the age of 19, and has been giving women areola tattoos since 2005, several years before she was diagnosed with breast cancer herself. Her hope for her work with areola tattoos is to help women “feel like their old selves.” 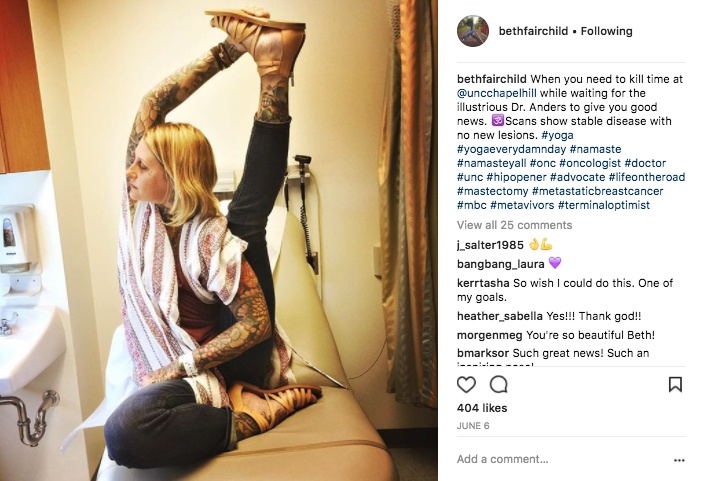 So how did Fairchild wind up giving women free areola tattoos if she hadn’t been diagnosed with cancer yet when she got started? Her inspiration was her mother, a cancer survivor who had a mastectomy but chose not to get reconstruction, instead joining the ranks of women who are “going flat” after their breast cancer surgeries. Fairchild would later follow in her footsteps and opt out of reconstruction. Her grandmother survived cancer as well, making breast cancer and everything that goes along with it a bit of a family tradition. 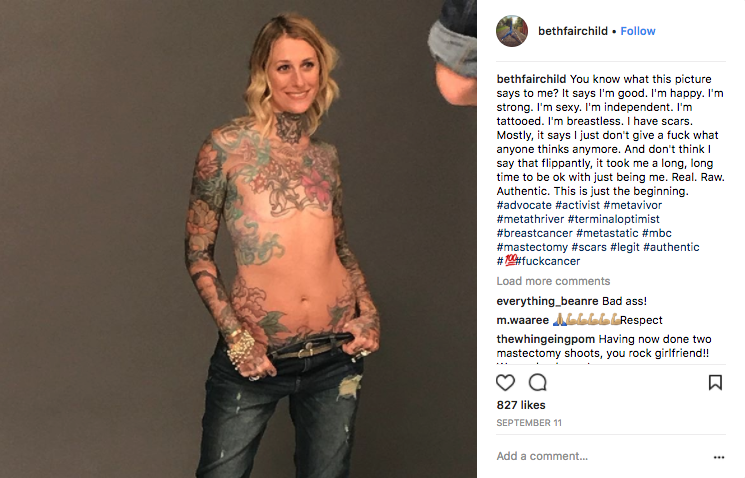 Despite her devastating diagnosis, Fairchild, who has two 18-year-old daughters of her own, wants to continue to help women going through difficult times by making them look and feel more “normal” after cancer has taken their breasts. She’s given free tattoos to hundreds of women so far.

“When women look in the mirror and see some semblance of what their breasts used to look like, it’s so worth it,” she says. “The women I work with usually start crying, because it’s a very emotional experience.” 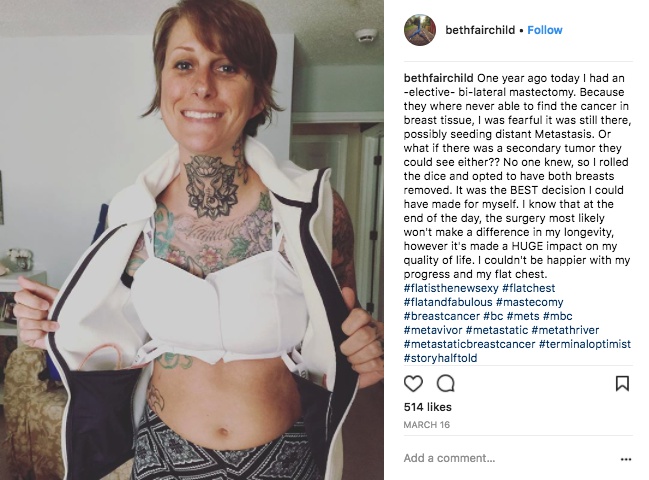 Fairchild is a firm believer that doctors, although generally well-meaning and talented, are not artists. Their job is not to make the patient feel beautiful; they need to focus on making her healthy again. So that’s where tattoo artists come in, to focus on making a woman’s breasts look real and natural through areola tattoos.

Thank you, Beth, for your beautiful contribution to the battle against breast cancer. We wish you many more happy and healthy years taking care of women in this most unique way!