After Losing His Mom To Breast Cancer, Man Founds ‘Not Just October’ Nonprofit To Help Women Like Her

When Lavar Jacobs lost his mom, Kim, to breast cancer in 2009, it devastated him. She was his best friend. Only 49 years old when she passed away, she should have had many more days ahead of her.

The loss triggered something in Jacobs that changed the course of his adult life. He was 23 years old when she died, and he knew he had to honor her by helping other men and women going through breast cancer.

“She didn’t get to live out her legacy and really make her imprint on the world, so I wanted to do something in her honor. I was even in the room when she took her last breath,” he told Steve Harvey on his show Steve. “So I had to do something.” 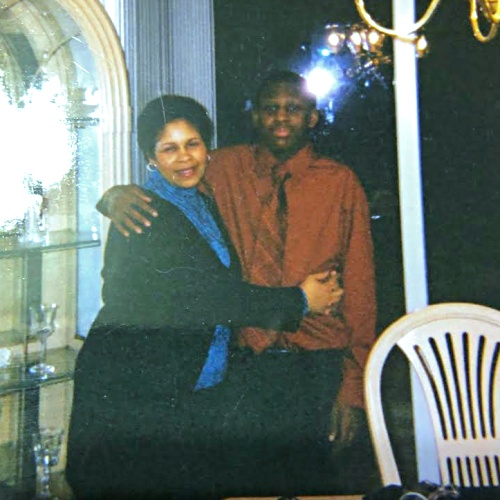 The young philanthropist is a devoted father and husband, and works for Metro RTA in Akron, Ohio, as an inner-city bus driver.

In 2014, after reaching a point in his professional and personal life where he was able to start actively pursuing his philanthropic goal, Jacobs founded Not Just October (NJO). The nonprofit seeks to raise awareness about breast cancer year-round, not just during the one month of the year where everything is flooded with pink. 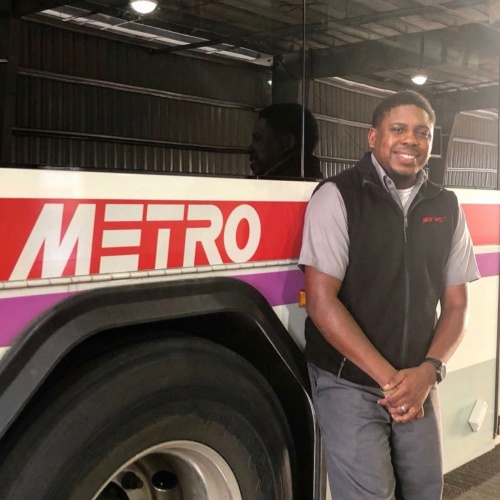 “Even after October, women are going through chemotherapy, radiation, and dealing with the effects of breast cancer,” he told SHEEN Magazine. “It’s an all year, 365 day thing. I also wanted to stress the importance of being aware to my age demographic in out of the box methods such as our Awareness Mobile, which will spike and hold their attention. I wanted to bring a spice and “hip-ness” to being aware of this terrible disease.”

NJO’s Awareness Mobile is a 2018 Chevy Spark outfitted in bold, splashy graphics and colors. Jacobs uses it to spread awareness in the community and hand out promotional materials and educational items. He hopes that when women see the vehicle, it reminds them to get mammograms and focus on their health. 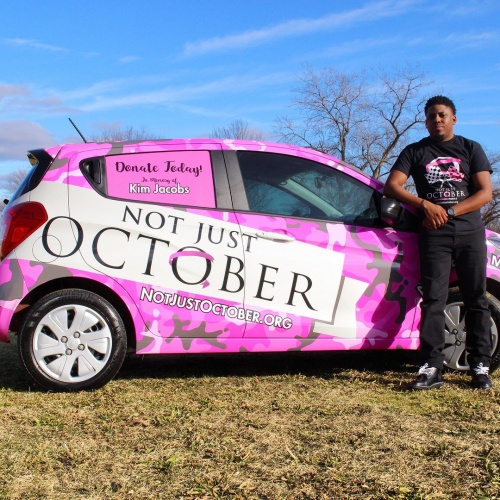 “We recently provided back to school clothes and supplies for a local high schooler whose mother is currently battling breast cancer. I look forward to doing the things I know my mom would be proud of.”

NJO engages the community through a variety of events and outreach programs, and aims to make the lives of women battling cancer a bit easier by relieving some of the day-to-day pressures and responsibilities they face. 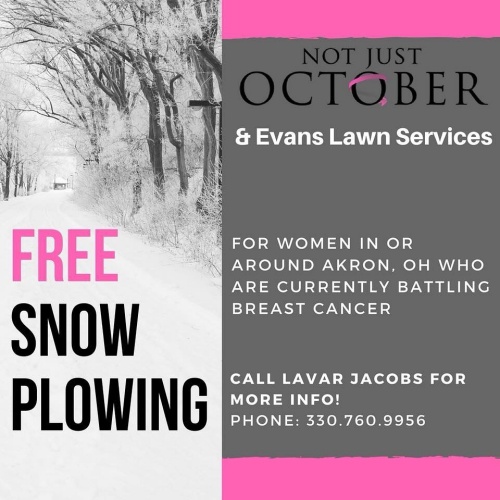 NJO does more than just raise awareness, however. The organization offers financial assistance to breast cancer patients currently going through treatment. It provides a huge range of services, such as lawncare, snow plowing, carpet cleaning, house cleaning, transportation, wigs, and groceries, all free of charge. Whatever a breast cancer patient needs — even items as specific as a new mattress or eyeglasses — Jacobs and NJO will do their best to provide it.

“A woman contacted me about her niece who is currently battling breast cancer in Columbus, Ohio, so Not Just October provided her with several wigs, about eight to make sure she still felt beautiful through this process.” 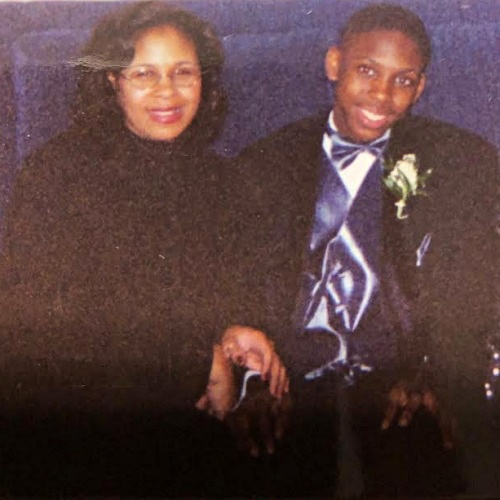 If Jacobs and NJO can’t do it alone, they will find an entrepreneur who can.

“Anything a woman may need, I can provide, as long as I have the funds to do so,” he told Harvey. 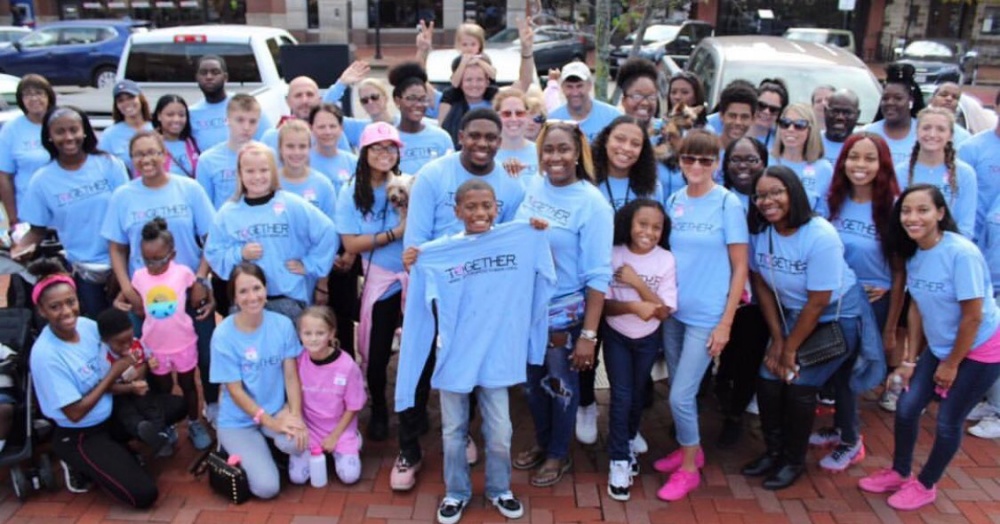 As a nonprofit, NJO depends on donations to succeed. When there aren’t enough donations, Jacobs covers the cost himself. At the time of this writing, over 80% of funds NJO uses comes from Jacobs’ Metro bus salary.

“After going through chemo and your life being turned completely upside down, we thought it would be great to send a deserving woman on a trip. We partnered with a local travel agent to send a woman currently battling breast cancer and her husband on an all expenses paid trip to the Bahamas.” 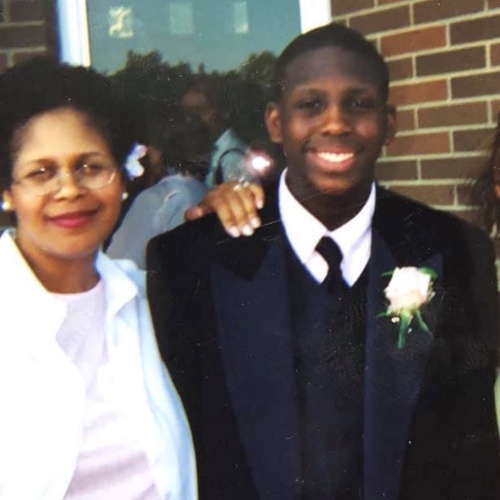 His mission is to make sure that breast cancer patients are “visible” beyond the month of October.

“I like to let them know that, you know, you’re not alone and you’re not forgotten. So I just make sure to do anything I can,” he told Harvey. 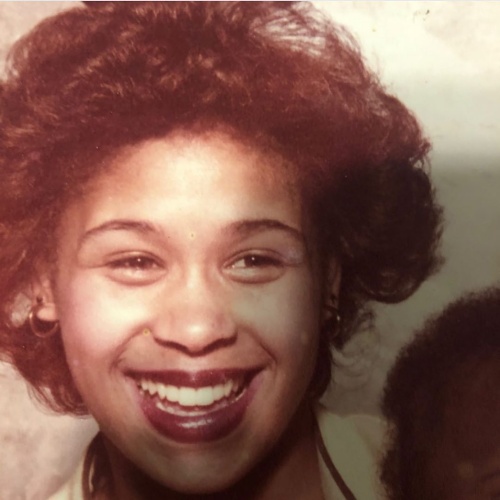 Right now the organization is based out of Akron, Ohio, and serves the Northeastern Ohio area. But eventually, Jacobs hopes to expand across the entire United States.

Learn more about Jacobs’ mission by watching this interview with Steve Harvey.

Young Tulsa Mom Grows Closer To Her Own Mom During Almost Two-Year Battle With Breast Cancer: Click “Next” below!