Dad With Cancer Escorts His Autistic Son To School, With The Help Of His Fellow Officers

The first day of kindergarten can be difficult for any kid. It’s a big change in routine and it can be scary leaving the comfort of home, adjusting to a classroom schedule, and trying to make new friends.

For 5-year-old Carmine Mattaline, who lives in Chesterfield, Missouri, the first day of kindergarten was made extra special. Carmine has autism and needed to have someone hold his hand on his walk to school. However, his dad, Andy, was stuck in the hospital due to cancer treatment.

But thanks to the support of dozens of people, Carmine had a huge entourage of fans walking him to school on his first day — including his dad! 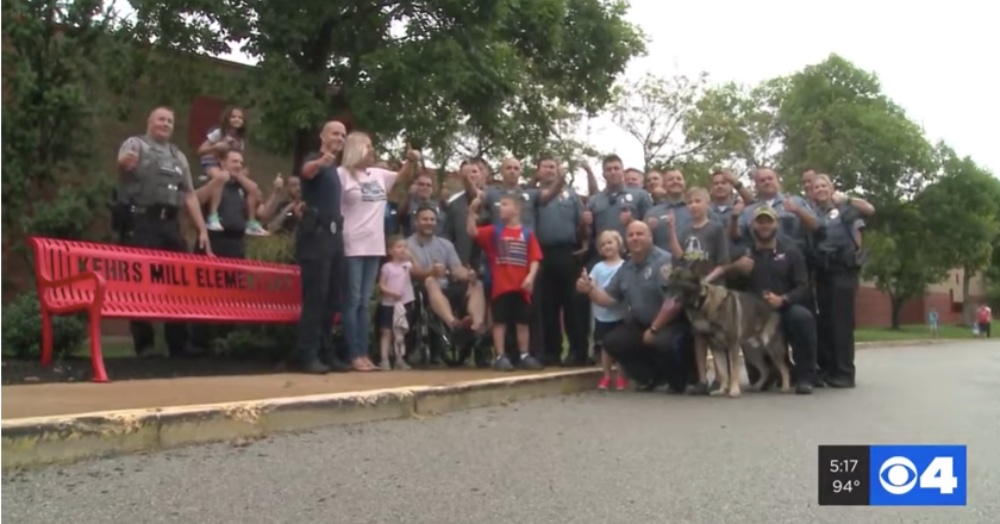 Andy, who is a police officer, had been in the hospital for over two weeks when the first day of school rolled around. He’d had to have surgery to remove his cancer and needed time to heal. 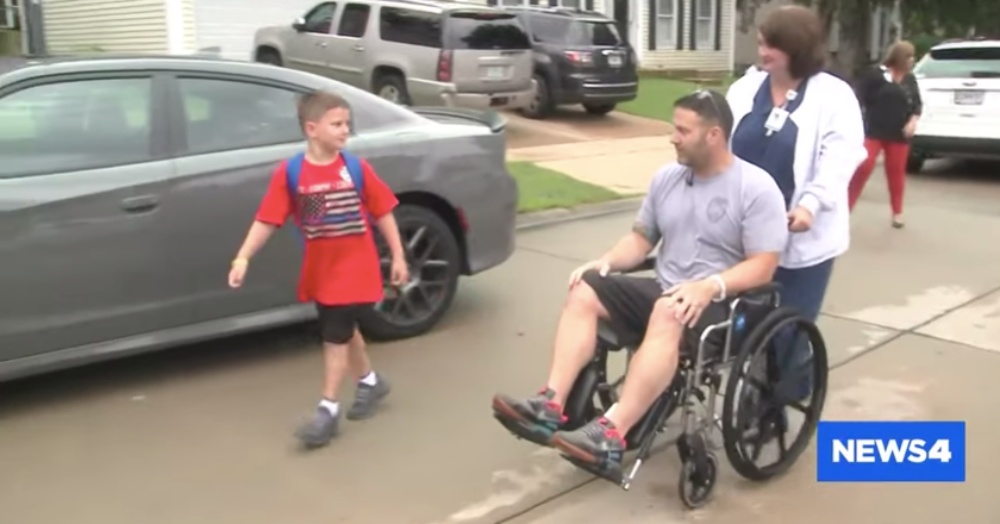 He was devastated to think he would have to miss his son’s first day of school.

“This is one of my biggest days and I just didn’t want to miss this,” Andy told KMOV. “He means the world to me. We’ve been through a lot together.” 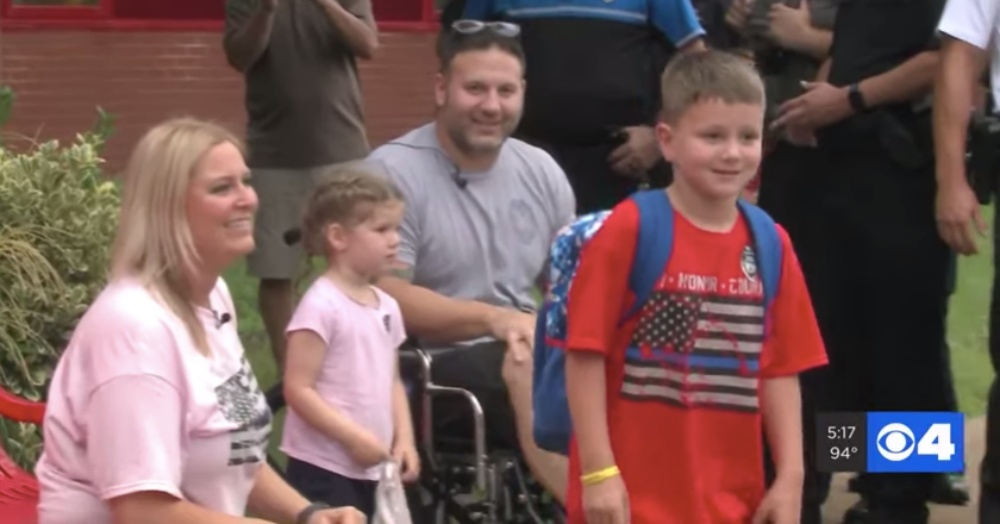 Luckily, SLU doctors had a surprise in store for the doting dad.

Andy’s hand flew to his mouth and he repeated “What?” over and over in shock. He was able to leave the hospital for a few hours to see his son off to school. 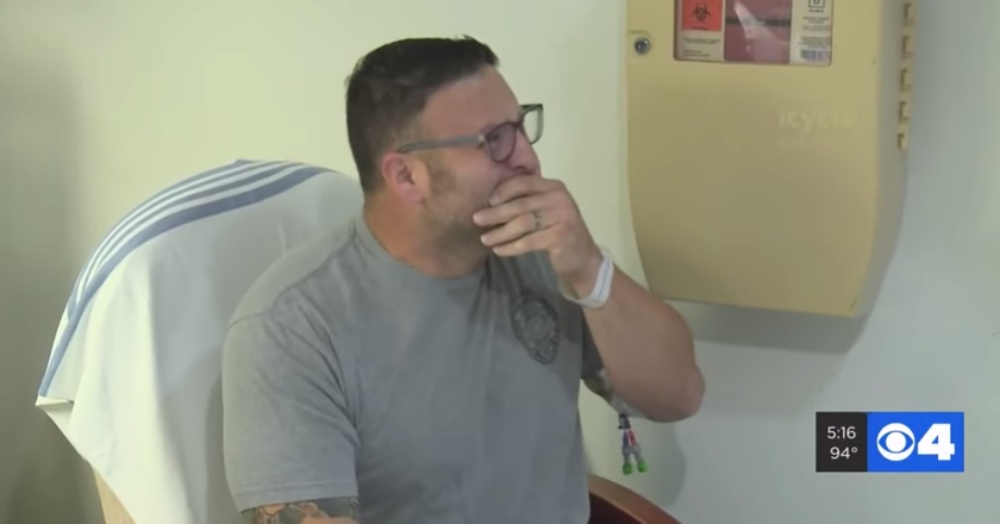 Andy arrived at his home to another surprise: several of his fellow officers were there to help walk Carmine to school. They had been prepared to step in if Andy had to miss this milestone in his son’s life. 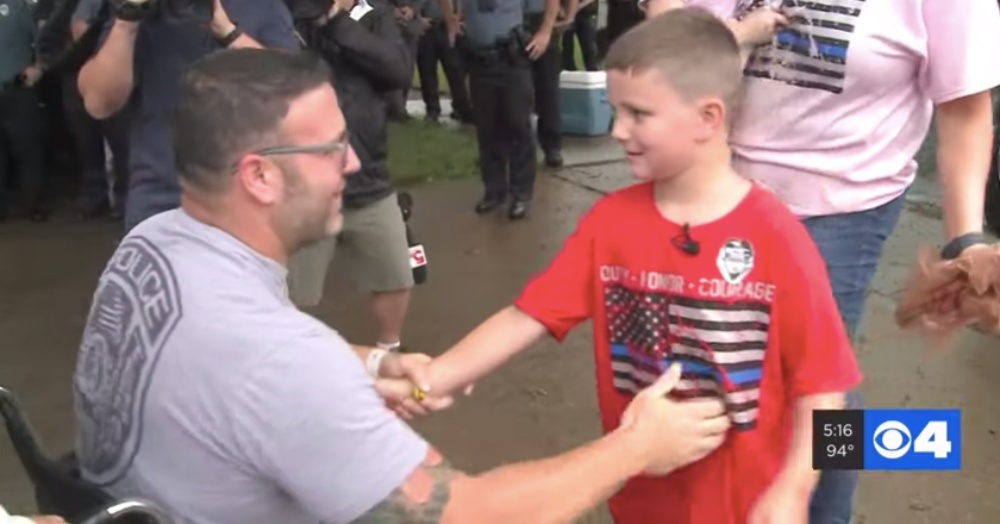 In all, there were over two dozen people who escorted Carmine to school for his first day. 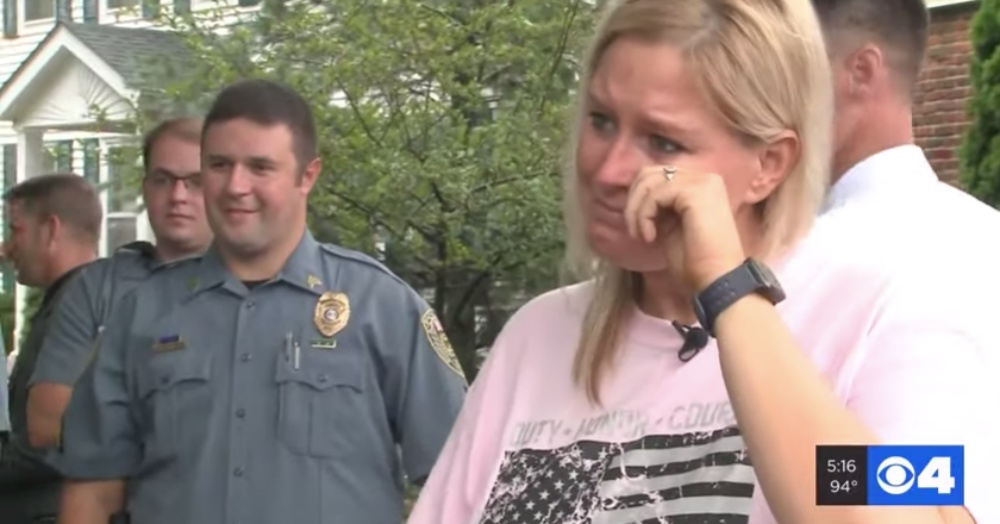 Carmine was thrilled with the support as well.

“That was awesome!” Carmine said to his family after they arrived at the school. 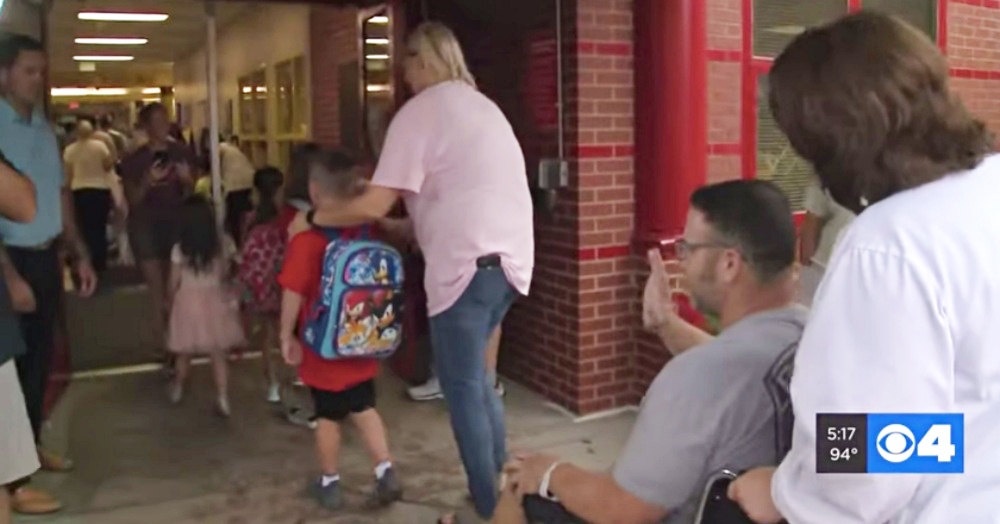 “I just can’t wait to release him into the world,” Andy said. “To his first step to transition into becoming something we all want to see him flourish into.”

Learn more in this video!