Terri Preece is a cancer patient undergoing chemotherapy treatments at Worcestershire Royal Hospital in Worcester, and she’s managed to use her time in the hospital in a positive way by inventing something to help other people like her get through chemo more comfortably.

Preece and many others who endure chemotherapy treatments or other IV treatments have to keep a PICC (Peripherally Inserted Central Catheter) line in the veins of their upper arms between treatments to avoid having to reinsert a catheter at each appointment. The PICC line makes treatment much easier and faster, but it can be a pain to have the line remain in one’s arm between hospital visits.

Those who keep their PICC lines between chemo sessions have to be careful not to catch them on things and often find themselves fielding uncomfortable questions about their lines. Patients often wear long-sleeved shirts to avoid difficult questions and comments and to hide the ugly reminder of their disease from themselves and the world. Particularly in the summertime, however, this isn’t the best of options. 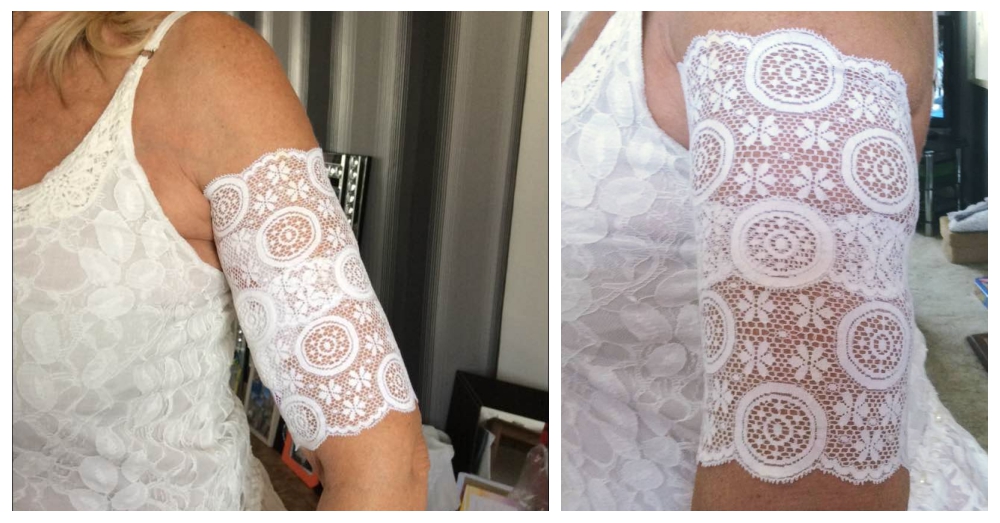 That’s what gave Preece the idea to design a different kind of sleeve—one that’s lightweight, breathable, and beautiful. They’re made from a simple piece of lace and an elastic band to hold them in place.

“I’ve never seen these before,” says Jane Rutter, Matron for Rowan Suite at Worcestershire Royal Hospital. “It’s a really simple idea but so effective. It’s especially nice in this hot weather, as it’s so light and airy and you’re more likely to have your arms on show.”

The sleeves can be customized for each patient, or one patient may decide to keep several of them to coordinate with different outfits and occasions. Preece has made everything from plain white sleeves to sleeves decorated with rainbows and butterflies. 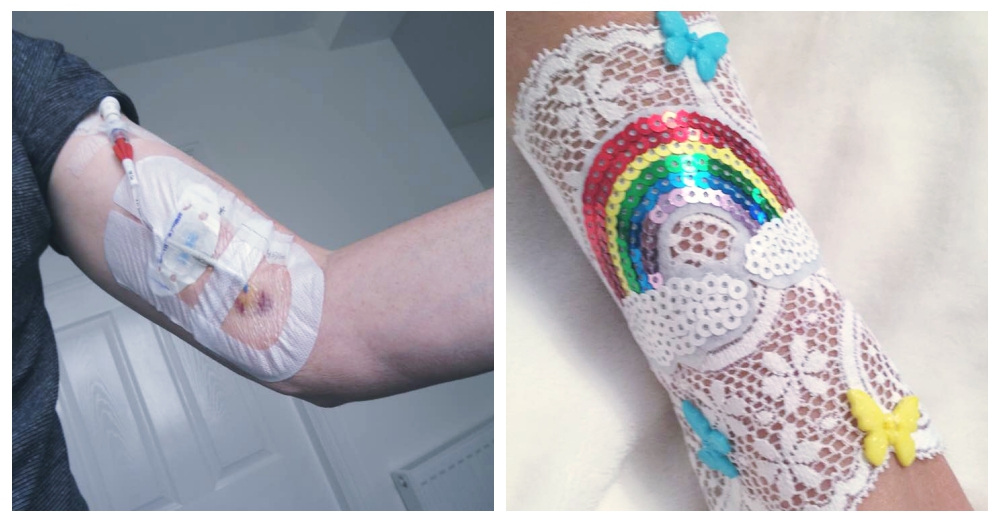 “The covers are really simple to make but are really effective at disguising a PICC line,” says Preece. “You can decorate them however you like to suit the patient, I’ve made children’s ones with rainbows and colours on or you could make one to look like a tattoo sleeve or whatever you like.”

The best part? The sleeves are simple and quick to make, and Preece is sharing the instructions for making them with anyone who wants them, including staff at cancer care centers who would be able to distribute them to patients. Preece hopes her idea will spread to hospitals, cancer care centers, and supporters of cancer patients across the globe. 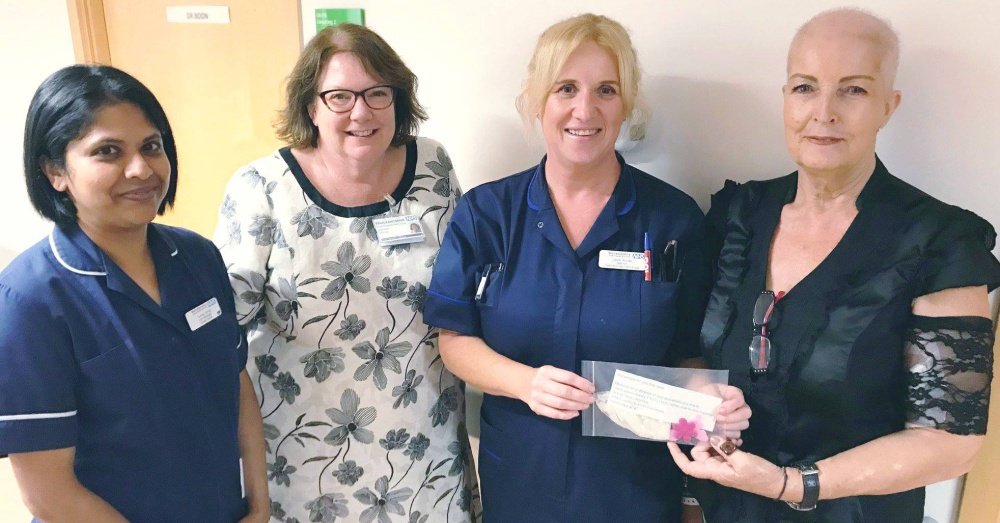 “I’ve had a really good reaction from them so far and they only take one minute to make—all you need is some elastic lace and a sewing machine!”

Preece has made several PICC line sleeves so far for new friends she’s met at the hospital during her treatments, and she intends to continue making them while she spreads the word about how to make them to others.

Have you made someone a PICC line cover or another homemade gift to brighten their day and make having cancer a little easier? We’d love to hear about it in the comments!

When Her Mom Was Diagnosed With Breast Cancer, Jordan Whipped Out Her Sewing Machine: Click “Next” below!