Bread is a staple in many of U.S. households, but in the U.S., it can also contain a deadly cancer-causing ingredient: potassium bromate.

Because Potassium bromate is linked to so many health concerns, multiple countries – such as the UK, Canada, Brazil, and also the European Union – have outright banned its use, Bakeryandsnacks.com reports. Even California requires warning labels about cancer hazards on foods made with the chemical.

The chemical is now ubiquitous in many bread products. However, the FDA hasn’t reviewed the chemical’s associated health problems since 1973. Our understanding of the dangers of many chemicals has grown by leaps and bounds since then. By not intervening sooner, the FDA has been allowing families across the country to unwittingly, unintentionally poison their children – for decades.

Even if the FDA delays in regulating potassium bromate, Congress may yet pass the Food Chemical Reassessment Act. This bill, already introduced by Rep. Jan Schakowsky (D-Ill.), would help make sure the FDA continually re-assesses whether chemicals in our food are safe to eat.

Help take a stand for the health of our children and all Americans!

Click below and tell the U.S. Food and Drug Administration to take action and regulate the use of potassium bromate in food products.

Keep This Dangerous Chemical Out Of Our Food 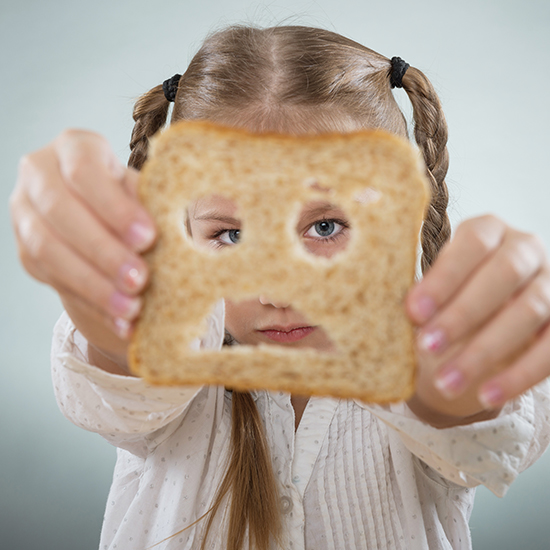 Potassium bromate is a chemical additive used to make bread rise more, make it more springy, and strengthen the dough. But it has also been linked to many serious health concerns.

Multiple countries, including the UK, Canada, Brazil, and the EU have banned potassium bromate completely.

Help us tell the FDA to regulate potassium bromate and keep our food safe from this dangerous chemical!