Mark Martin is a 51-year-old father of three from Belrose, Australia, and he looks pretty normal at first. He enjoyed sports like rugby as a young man, served in the reserve army, worked in commercial real estate, and married his university sweetheart. Together, they had a daughter and two sons. He was a fit and healthy man with no family history of cancer. 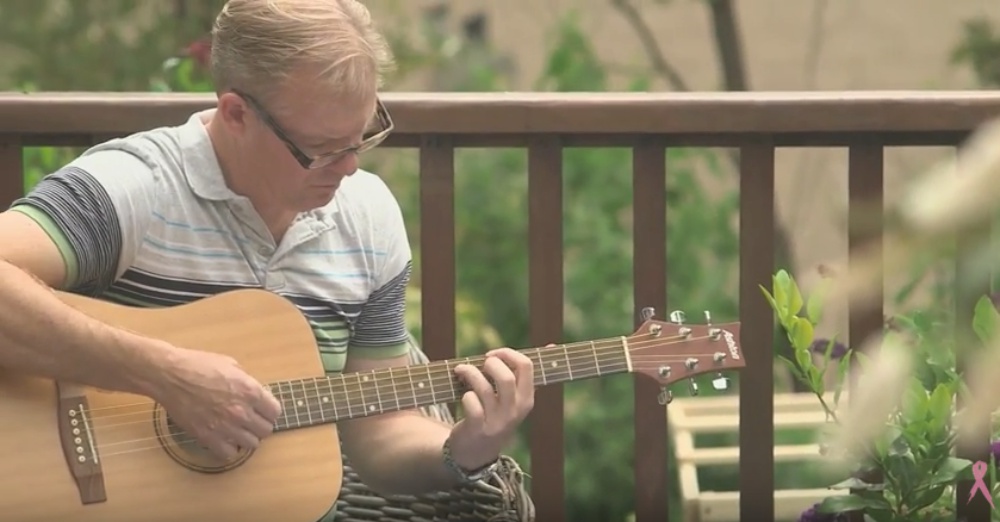 But when he was 46, a pea-sized malignant tumor, which he thought was simply scar tissue from having had a boil lanced when he was younger, was lurking just beneath his skin. His wife, Caroline, thought he was being a bit of a hypochondriac when he asked her to look at it, but she did anyway, and the couple decided Mark should see a doctor.

Neither Mark nor Caroline had really heard of male breast cancer before. But that’s exactly what Mark had: ductal carcinoma in situ.

Mark had a male mastectomy, in which the tumor and some lymph nodes were removed, and moved on with life, but he recognized that others don’t always get so lucky and wanted to help warn people about the signs of breast cancer.

So he became a speaker for the National Breast Cancer Foundation in Australia and began telling his story. He has never shied away from talking about his breast cancer, and he’s often found that the people he talks to have never heard of it before.

So Mark began encouraging men to participate in the “Real Men Wear Pink” campaign to support all people with breast cancer and demonstrate that men can get breast cancer too.

And when these men put their mind to a task, they don’t do it just halfway. 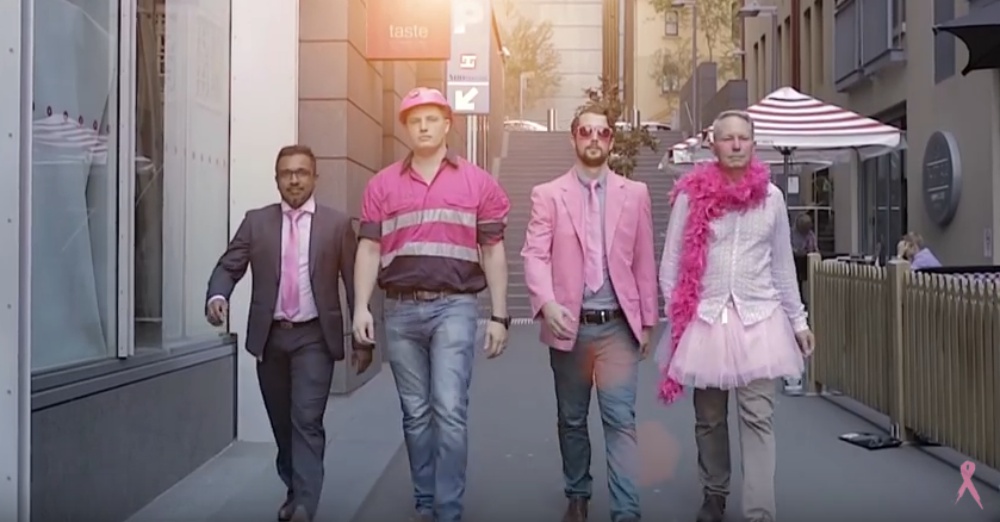 “Getting pinked” is a way for men to show off their support for breast cancer research and also raise funds for a cure. Their goal is to end breast cancer deaths by the year 2030. Each year, the Real Men Wear Pink campaign challenges Australian men to raise a certain sum of money (the number is in the millions now!) for the cause. 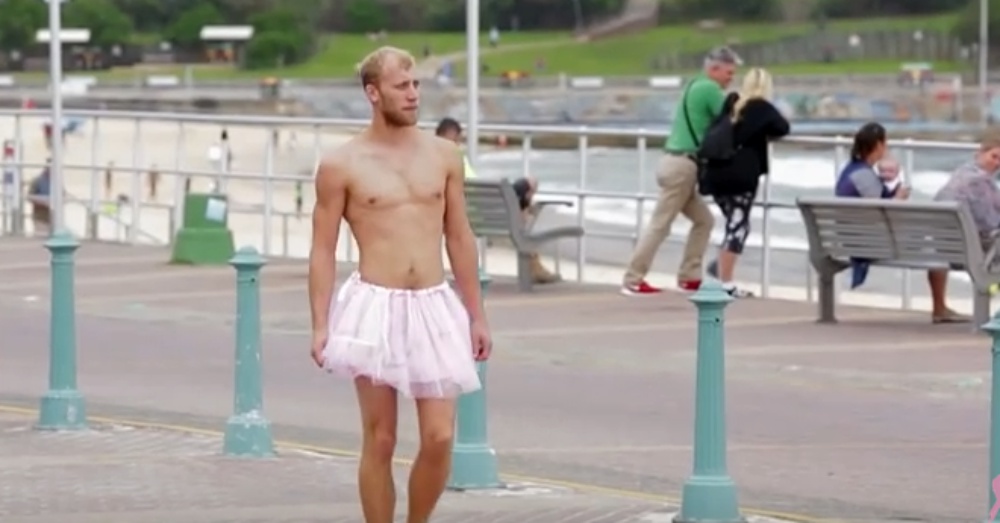 So now the question is this: Would you be man enough?

Check out the video below to see what more real men are doing to raise awareness for breast cancer in the effort to end breast cancer. No outfit is too foolish for these brave gentlemen!