Richard Harrison, known as “The Old Man” on the reality television show “Pawn Stars,” passed away Monday at the age of 77. His son and business partner at the Las Vegas pawn shop, Rick Harrison, announced his father’s death on Instagram. Harrison’s death, according to the announcement, was due to Parkinson’s disease.

Gold & Silver Pawn was opened by Richard Harrison in 1988 with his son, Rick, and later joined by grandson, Corey. The Las Vegas business and the unusual items that would pass through it were the feature of the hit television show “Pawn Stars” on The History Channel.

Harrison was also a 20-year veteran of the United States Navy, having served on the USS Chowanoc. 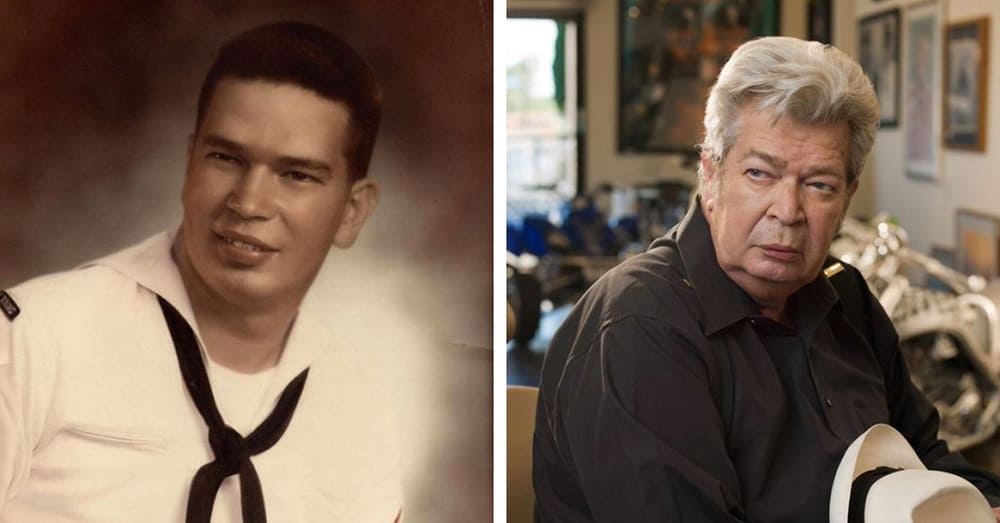 Twitter/U.S. Naval Academy — Richard Harrison, pictured as a U.S. Navy sailor and later in life, passed away at the age of 77.

“Richard Benjamin ‘The Old Man’ Harrison passed away this morning surrounded by those he loved,” Rick Harrison wrote on Instagram. “He will be tremendously missed by our family, the team at Gold & Silver Pawn and his many fans the world over. He was my hero and I was fortunate to get a very cool ‘Old Man’ as my dad. That I got to share him with so many others and they got to see what a great family man he was is something I am grateful to have experienced with him.”

“He lived a very full life and through the History television show ‘Pawn Stars’ touched the lives of people all over, teaching them the value of loving your family, hard work and humor. We appreciate everyone’s thoughts and prayers and ask that we are provided some privacy at this time,” Rick concluded. 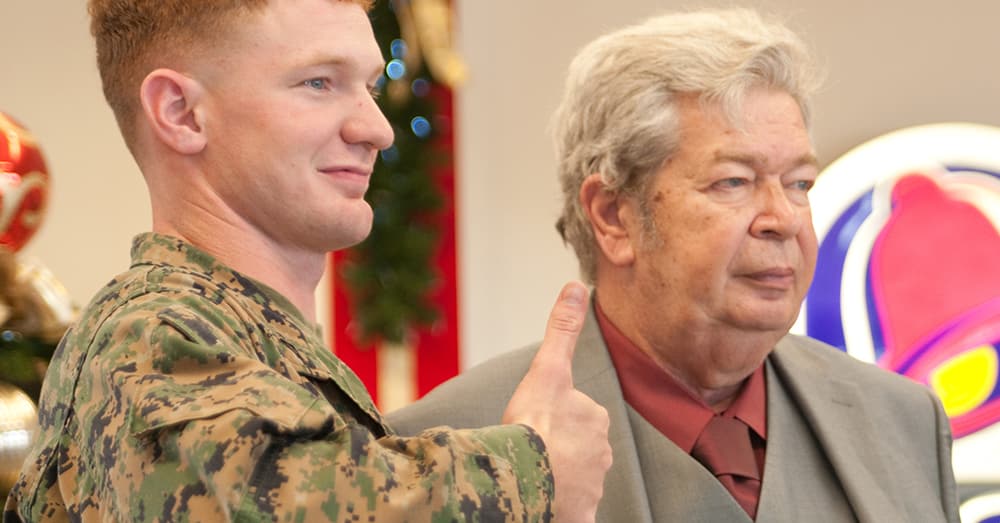 The U.S. Naval Institute paid tribute to the veteran on Twitter as well, saying, “#RIP Richard ‘Old Man’ Harrison of ‘Pawn Stars’. As he mentioned many times on the show, he was a proud 20-year Navy vet who had served aboard fleet tug USS Chowanoc (ATF-100).”

Rick Harrison later shared another post on Instagram of his father in his Navy uniform, saying, “Today I lost a friend, a father, a teacher and so much more. The Old Man lost his long battle with Parkinson’s this morning. Love you Dad. See you on the other side.”

According to Fox News, Richard Harrison is survived by his wife JoAnne and their three sons, Joseph, Rick and Chris.

One Of The Last Navajo Code Talkers Dies At 94: Click “Next” below!

Jacob H. is an award-winning journalist and photojournalist who currently resides is West Michigan with his wife. In his spare time, Jacob enjoys writing, photography, mountain climbing, and camping.
Whizzco