The students at a high school in Spokane, Washington, were taking Breast Cancer Awareness Month seriously. Many of them were adding pink to their hair to support awareness. At the same time, they were gearing up for the school’s fall festival, which provides a safe trick-or-treat environment. 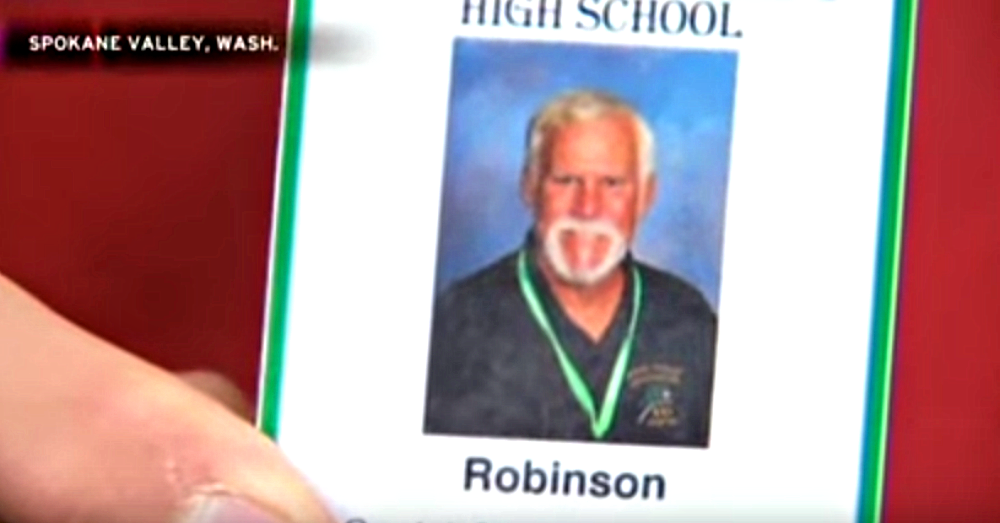 The bet motivated the entire school. Now that Mr. Robinson’s classes were provided with such a great incentive, other classes knew that they had to bring in more candy to keep up. Mr. Robinson’s seemingly silly gesture was filling the candy coffers to the brim! His students kept up their end of the deal and brought in 46 pounds of candy for the school’s event.

Mr. Robinson, being a man of his word and not above thinking pink, came to school with his hair and beard dyed bright pink. He went ahead and dyed his eyebrows pink too—he had to match, after all. 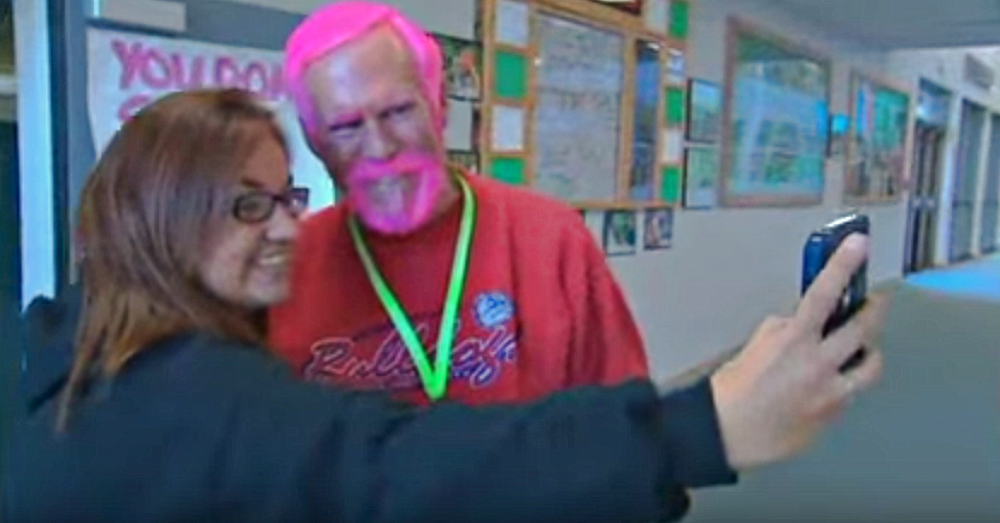 Mr. Robinson said he was surprised that the color turned out so bright, and he and his students definitely shared some laughs. But it wasn’t all just for fun. His mother had passed away from Hodgkin’s lymphoma, and he said that after the kids challenged him, he felt it was a shame that he hadn’t done anything to raise awareness. He was glad to have an opportunity to do so while motivating his students.

The pink-haired teacher said, “I believe that it is very important to recognize national breast cancer awareness; you never realize how important it is until you lose someone.” 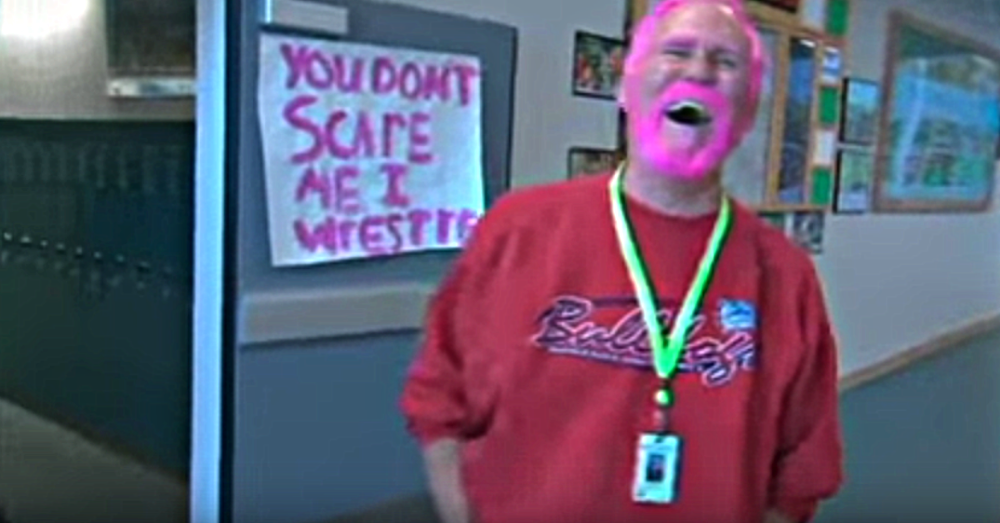 We agree with you Mr. Robinson! Thanks for supporting the cause and keeping school fun for your students!

11 teachers agree to shave their heads to raise funds for cancer research: Click “Next” below!