This Mom Decided to Remove Her Implants, And Now Is Proud To Be Flat

Samantha Paige says she gets mistaken for a man at least once a month. “It shocks me every time and makes me think, ‘is it because I don’t have boobs anymore?'”

After coming home from a study abroad trip, Samantha was shocked to discover that she had thyroid cancer. Since Samantha’s mother was diagnosed with breast cancer at 31, and because Samantha had already received one cancer diagnosis, her doctor encouraged her to be get tested for the BRCA gene to determine her risk for breast cancer. The test results confirmed that Samantha was indeed at a high risk for breast cancer, and she was advised to consider a preventative double mastectomy.

Samantha remembers feeling like the gas pedal was pressed down on her life; suddenly she was considering marriage and children before she had planned. Seven months after her daughter was born, she moved forward with the double mastectomy. 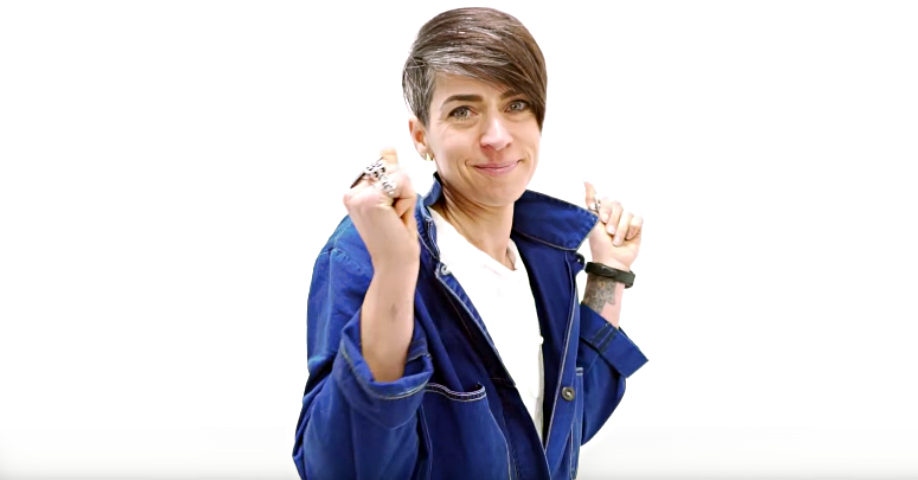 After surgery, she was frustrated by the options presented to her concerning implants. “If [doing] nothing was presented, it was certainly not presented without bias, and I don’t recall it being presented.”

So she moved forward with implants and describes them as heavy and uncomfortable. She did not feel like they were part of her body, but she felt pressure to look like what she thought a wife and mother living in Southern California should look like. So she did her hair and chose her clothes according to what she thought was expected.

But she didn’t feel like she was being who she really was, and presenting a different persona was exhausting.

One day a friend shared that she was thinking of having her own breast implants removed, and Samantha had an epiphany. She called her doctor the next day to make an appointment to have her implants removed. She describes a moment of utter clarity where she was finally able to say, “Yes, I want to be flat. I’m excited to be flat.” 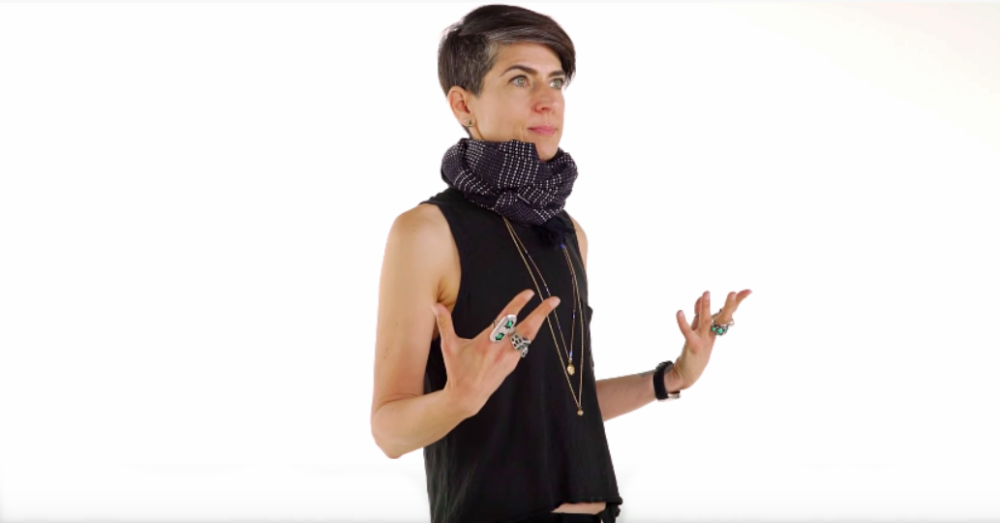 After her removal surgery, she felt she could finally breathe again, and for the first time in a long time, she felt genuinely connected to her own body. “This is how I’m meant to be.”

We are grateful to Samantha for sharing her story of overcoming the pressure to be someone she wasn’t. We hope women are inspired to follow Samantha’s example by making choices based on who they are rather than who they think they should be. We hope our readers are able to celebrate their bodies whatever shape they take!

Watch Samantha’s Journey of Self-Acceptance Below!