25-Year-Old Mom Had Chemo & Surgery, Then Was Told She Never Had Breast Cancer

Sarah Boyle underwent aggressive treatment for breast cancer for months, including chemotherapy and a double mastectomy, only to be told she never had it in the first place.

A single mistake made by the pathologist who looked at her biopsy has caused lasting trauma to the young mom.

Now 28, Boyle is sharing her story. Even while grappling with the anxiety and guilt she feels being breast cancer treatment survivor but not a cancer survivor, Boyle is gracious — and forgiving.

Boyle’s first son, Teddy, was born in early 2016. But toward the end of 2016, Boyle became concerned because he refused to nurse on one breast. She’d had a lump in that breast since 2012 and had had it checked several times before. She was always told that it was “benign and nothing to worry about.” 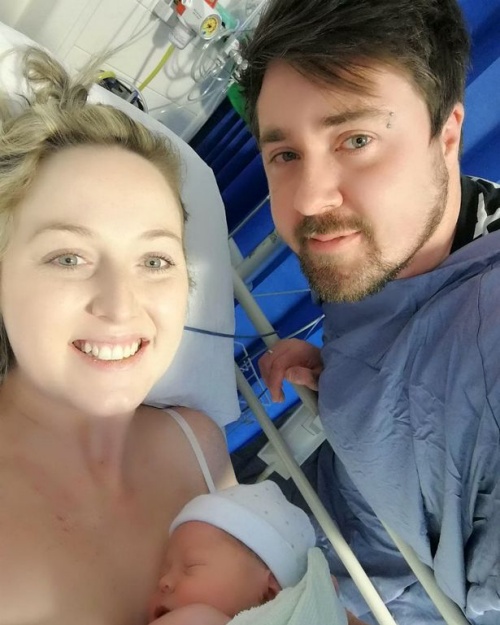 Boyle, who lives in Stoke-on-Trent in Staffordshire, England, went in and had her breast scanned again anyway at Royal Stoke University Hospital. Then she had a biopsy performed.

When she went in with her husband, Steven, to get the results of the biopsy, she was told she had breast cancer, a very aggressive type called triple negative breast cancer. She was to undergo chemotherapy first, and then get a mastectomy.

She underwent chemotherapy immediately. She did eight rounds of it, two more than what was typically done due to the aggressive nature of the cancer.

“My attitude was no matter the diagnosis, I was going to beat it,” Boyle told the Mirror. “I didn’t have a choice: I had to do it for Steven and Teddy.” 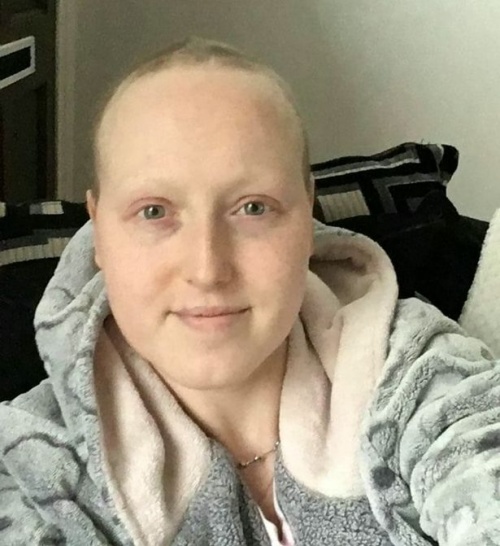 She lost her hair.

She had to stop breastfeeding her little boy.

Her husband lost his job because he had to look after her.

“The effect on Teddy was the worst part of it,” she said. “I hated having to give up breastfeeding — I remember sobbing through the bars of his cot as he reached for me to feed him.”

After the rounds of chemo were complete, her doctor looked at her scans.

“They were kind of a bit concerned,” Boyle told This Morning. “I remember sitting in front of my oncologist and she said, ‘Look, Sarah, I’m not gonna lie — I would have expected this to at least shrunk by half.'” 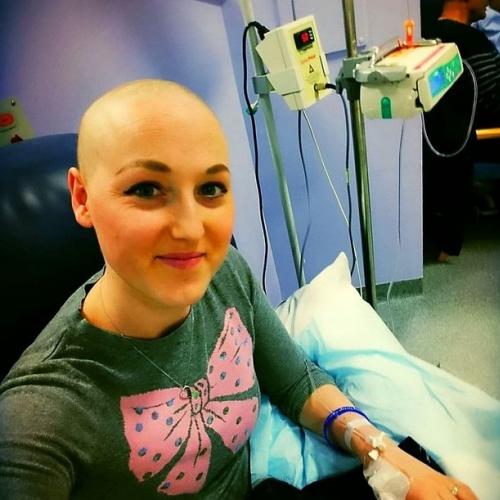 Multiple experts looked at her scans and results over the course of her treatment. But it wasn’t until she had her double mastectomy and they looked at the tissue again that the hospital realized their mistake. The lump was benign. It had always been benign. It wasn’t cancerous.

A week after her double mastectomy, Boyle got a phone call to come into the office for an appointment. She had already had a check-up scheduled, but they wanted her in sooner than that.

“Any lady or man going through treatment will understand what I’m about to say: if you get a phone call early, you instantly — you’re scared. And it wasn’t my breast care nurse and I think she didn’t phone me because she knew I’d know by her voice there was something not right. So, a secretary called and told me to come in.” 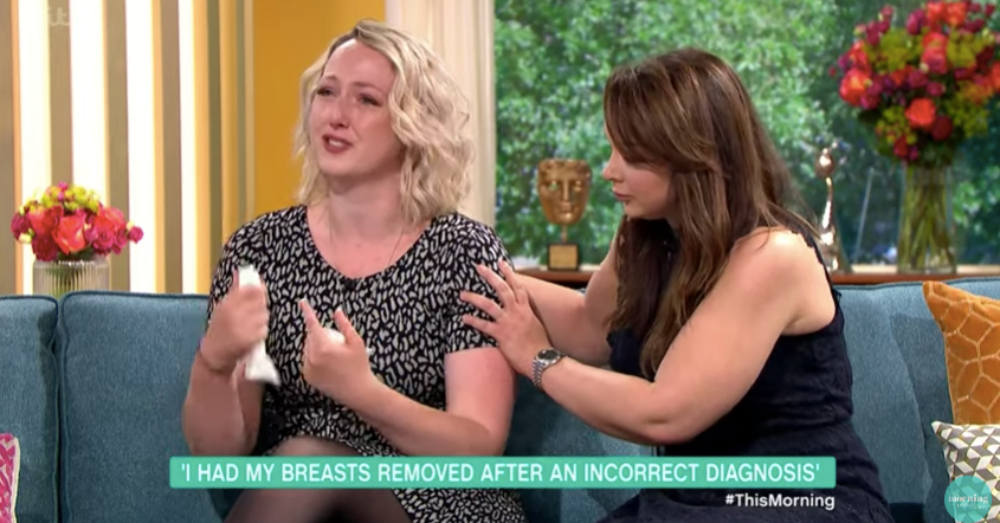 When she got to the hospital, she grabbed her doctor’s hands and asked her immediately, “Am I dying? Just tell me now before we go in. Am I dying? Is it terminal?”

And her doctor said, “No, quite the opposite.”

When they got behind closed doors, her doctor said there had been a terrible mistake. The pathologist who had looked at her biopsy had wrongly reported the results. She had never had breast cancer.

She thought they were saying the cancer was gone at first. She shot up out of her chair and began thanking them.

“And I thought, I’ve done it. All that suffering, all the pain, and the struggling to look after my little boy was for something, because now I can be his mum,” she told This Morning between tears. 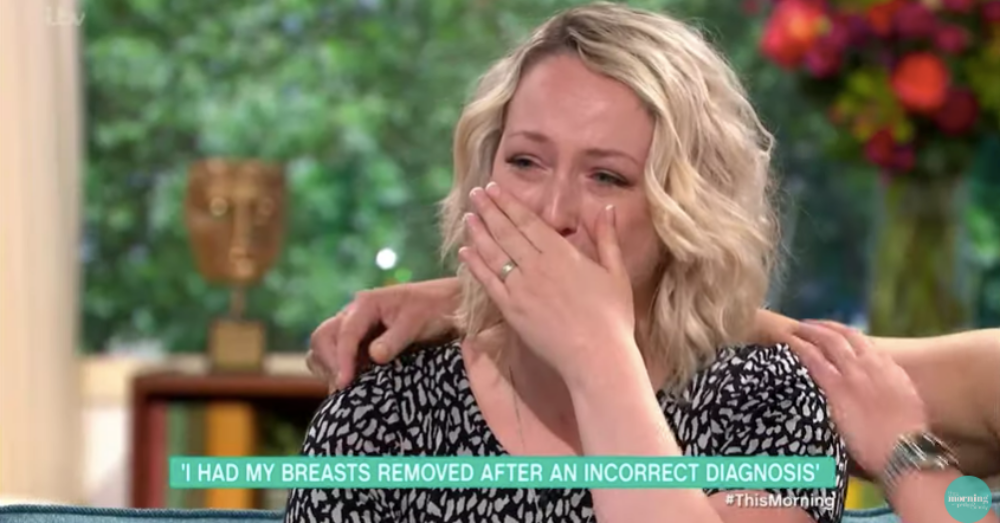 Boyle actually met with the pathologist who had made the mistake, and she apologized for everything she had put the young mom through because of her mistake.

“I just wrapped my arms around her, and I said, ‘It’s okay.’ Because I instantly knew how awful she must feel, and, you know, I know that she’s got children, and I thought, ‘If that was my mum, I wouldn’t want her to feel awful or sad,’ because, over the months and the year, I learned that you can’t hold on to that. But unfortunately for me, I’m just struggling a bit to just… recover.”

Her son Louis was born in December of 2018. Boyle has so much to be happy and grateful for, and has been truly lovely about the hospital’s mistake — but that doesn’t mean she isn’t still struggling.

“Being told I had cancer was awful, but then to go through all of the treatment and surgery to then be told it was unnecessary was traumatizing. And while I was delighted when I gave birth to Louis, it was really heartbreaking when I couldn’t breastfeed him,” Boyle said.

“As if that wasn’t bad enough, I am now worried about the possibility of actually developing cancer in the future because of the type of implants I have and I am also worried about complications that I may face because of my chemotherapy.” 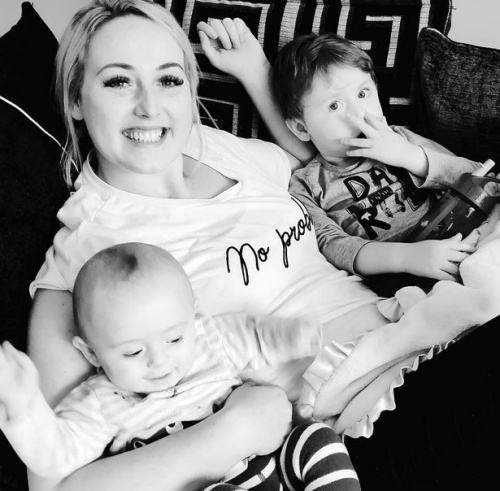 The risk Boyle is talking about is breast implant–associated anaplastic large-cell lymphoma (BIA-ALCL). It’s a type of non-Hodgkin’s lymphoma (cancer of the immune system) and is not breast cancer. Some types of textured breast implants have been recalled world-wide because of this increased risk.

Royal Stokes Hospital is owned the University Hospital of North Midlands NHS Trust, and they released a statement apologizing to Boyle and her family.

“A misdiagnosis of this kind is exceptionally rare and we understand how devastating this has been for Sarah and her family,” they said. “Ultimately the misreporting of the biopsy was a human error so as an extra safeguard all invasive cancer diagnoses are now reviewed by a second pathologist.”

Boyle told This Morning that the time allotted for pathologists to analyze biopsies has been increased as well. 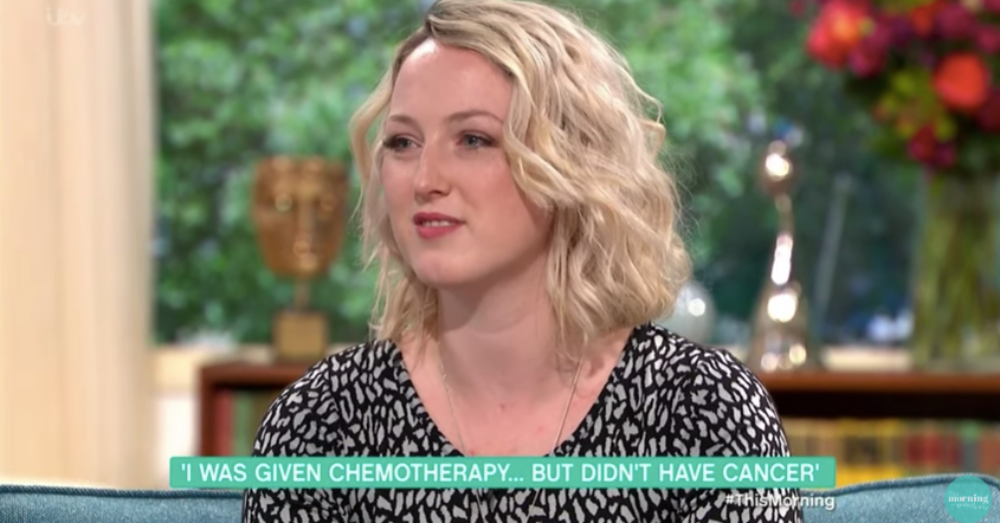 After everything she’s been through, she has nothing but wonderful things to say about the medical staff who treated her.

“Gosh, they are amazing,” Boyle said. “And, this is the one big thing I want to just say, that all of the women that have been treated or are being diagnosed today, tomorrow, yesterday, you are in safe hands. And they are dedicated, beautiful people, the surgeons, oncologists, breast care, they’re fantastic.”

Boyle has secured legal representation from Irwin Mitchell solicitors to help navigate everything that has happened and to find more answers.

Learn more from Boyle in this video, where she and her lawyer, Sarah Sharples, speak with Ruth Langsford and Eamonn Holmes on This Morning.

Allergan Recalls Textured Breast Implants Worldwide Due To Cancer Risk At FDA’s Request: Click “Next” below!