Sarah Lien was diagnosed with stage 3 breast cancer when she was just 24 years old.Treating the disease could have destroyed her hopes of becoming a mother one day,so she postponed chemotherapy to get fertility treatment and have her eggs harvested.

According to the TODAY Show, Lien found a lump in her breast during a self-exam and immediately knew it was cancerous. Her mother, Barb Hawkins, had a lumpectomy and radiation when Lien was in third grade. Hawkins’ cancer returned in 2009, and she fought back with a radical mastectomy, chemotherapy and reconstructive surgery.

Lien put off chemotherapy for two weeks after her diagnosis. Her eggs were harvested and would be joined with her husband’s sperm in a lab, creating frozen embryos to be used at a later date when she was healthy. After the fertility treatments, she underwent 18 weeks of chemotherapy and then 30 radiation treatments in the course of 6 weeks. She then had a double mastectomy. 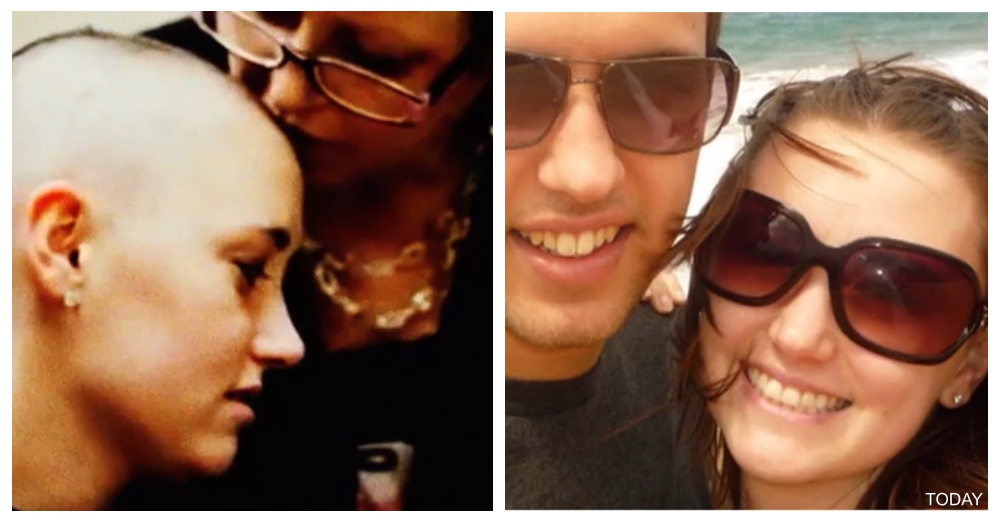 For every chemotherapy appointment, Lien and her family had a party. They’d drink sparkling cider while wearing tiaras, and the room was filled with balloons. They thought of each treatment as a step towards being done, Lien told the source.

Three years after her diagnosis, Lien was cancer-free, and she and her husband chose to have the frozen embryos implanted. She became pregnant, and Audrey Lien was born in November, 2013.

Shortly after the birth, Lien’s mother was diagnosed with cancer again. She passed away soon afterward. Just five days after Hawkins passed away, her daughter, now 28, ran a race to raise breast cancer awareness while wearing a race bib that Hawkins had worn when she was alive. Lien said she wanted to have her mother’s presence along as she finished the race as a survivor.

Lien and her husband have several embryos left and hope to become pregnant again soon so that Audrey can become a big sister in the coming months.