This story originally appeared at Shareably.

Farmers don’t quit. They don’t retire. They’re tough. Even when told they’re quite sick, they still lace up their boots, throw on that ball cap, and go out and farm as long as their bodies will allow. – Miles Pfaff

We are all living a busy life. Sometimes, we don’t get enough sleep. Reality is, we just don’t want to waste the opportunity, that’s why we focus on our jobs. However, when a friend is in need, we are ready to stop and drop what we are doing and offer a helping hand. There is a time to leave your work; no matter how busy you are, if you know that there is someone in need. 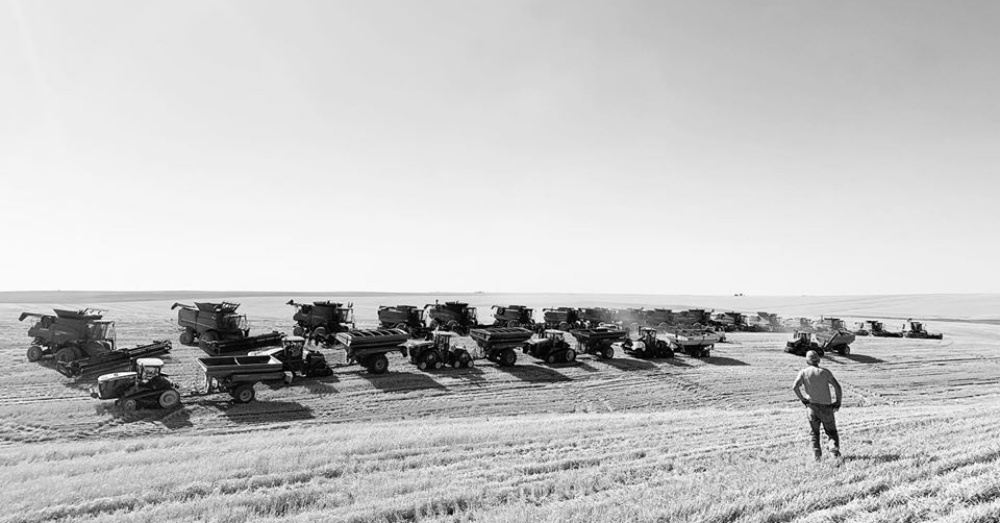 Larry Yockey is a very hard working farmer. In fact, he had spent this entire year growing and cultivating his family’s wheat farm. However, this year, his illness has finally caught up with him and he can no longer work on his farm.

Larry who is now 63, has been battling his stage 4 melanoma. Now, he is faced with a dilemma – he is no longer fit to harvest his 1,200 acres worth of crop.

This is where our heroes came in. Upon hearing the sad news of their neighbor and friend, his fellow farmers stepped
in and came up with a plan. 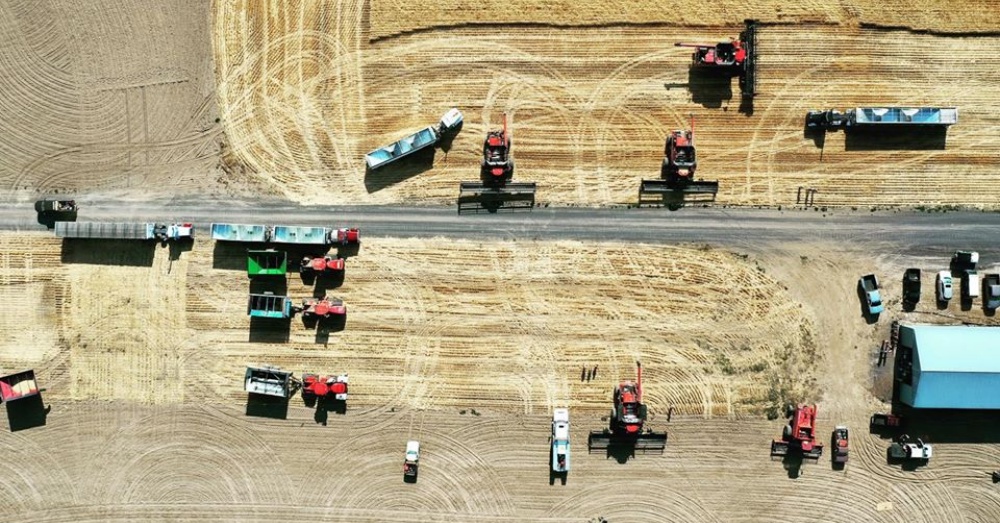 The kindhearted people and farmers from Adams County found out about Larry’s condition. With no hesitation, they went to work organizing a “harvest bee” for the fourth-generation farmer, Larry.

Among these good people is Mike Doyle who was interviewed by CBS News.

“I’m just glad to be here and help where I can and where I’m needed,” Doyle said in his interview. 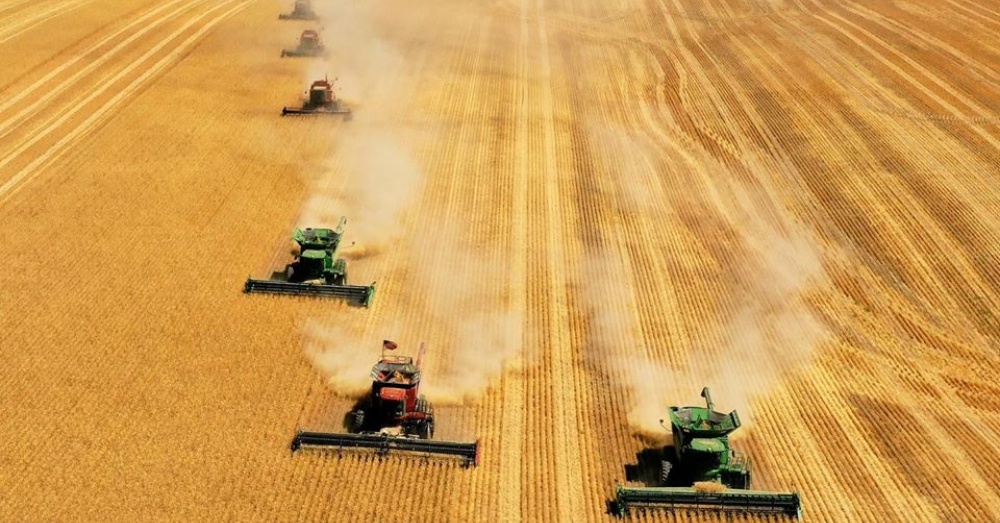 Truly, this is such an amazing act of kindness from these people. They poured in their heart and soul to help their friend. In a matter of 6 hours, a three weeks’ worth of work for harvesting wheat was completed by almost 60 kind-hearted people.

In awe, Yockey, his three daughters, and his wife watched.

“It’s not describable the gratitude I have for what’s going on,” Yockey said to CBS. 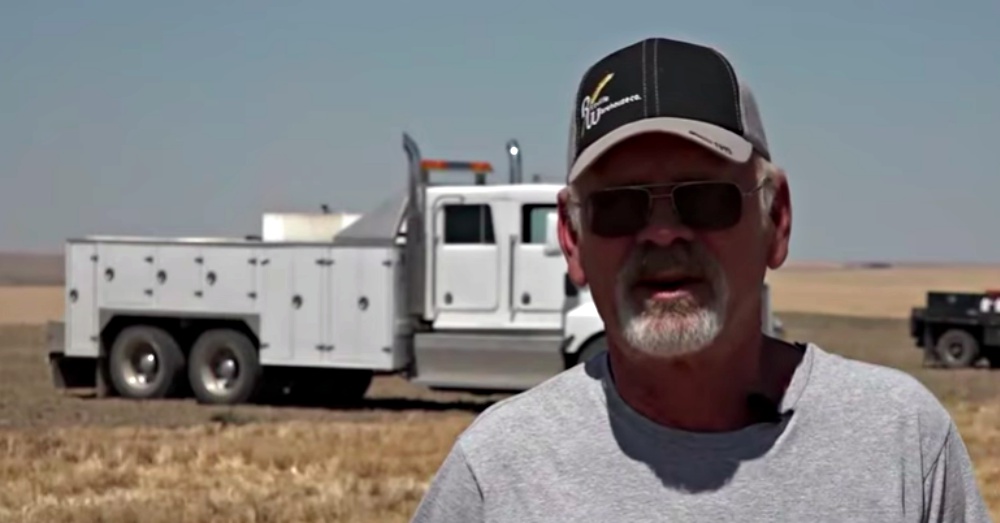 A collection of photos from Miles Pfaff shows how beautiful the event was. In his post, he said that it wasn’t just the farmers who helped. There were other people who signed up to help.

The local volunteer firemen along with their trusted fire trucks were there, the people from the chemical company bringing with them their dust defeating water trucks. Oh, and those reliable mechanics with their service rigs all signed up for the Harvest Bee. 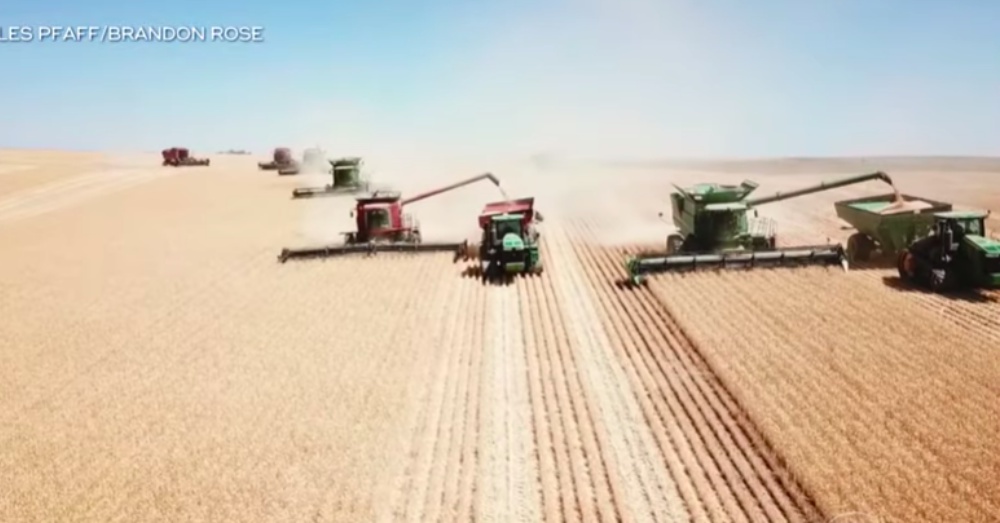 It was more than just a rare sight; it was an amazing act of kindness and pure love. A proof that people still want to help, that people want to share their blessings, and most of all, that people will do what they can to help a friend, a neighbor.

We’re pretty sure that Larry and his family know that they are loved. Please SHARE this with your friends and family.

30-Year-Old Mom of 7 With Terminal Breast Cancer Is Gifted Dream Wedding: Click “Next” below!

We believe that there are stories happening every day that are worth sharing. Our mission is to find and distribute these stories to our readers as effectively as possible. Our hope is that every story you read will inspire, inform, or entertain.
Proper greatergood_ctg_belowcontent
Proper BCS greatergood_ctg_footboard