This story originally appeared at Shareably.

There’s often a misconception that only older people can get diagnosed with cancer. Unfortunately, that is not the case.

While no child should ever endure such a terrifying and sad disease, it happens quite often. No child should have to bear it, but they do. And sometimes the child is extremely young. Sometimes, a child has to undergo treatment for cancer at an age as young at 9-years-old.

Steven Cotter Jr. lives in Oklahoma and has gone through three years of cancer treatment. After taking his final chemo pill after three years, he broke down in tears. His mother, Ashley Cotter, recorded a clip of the moment as it happened and shared it to Facebook. 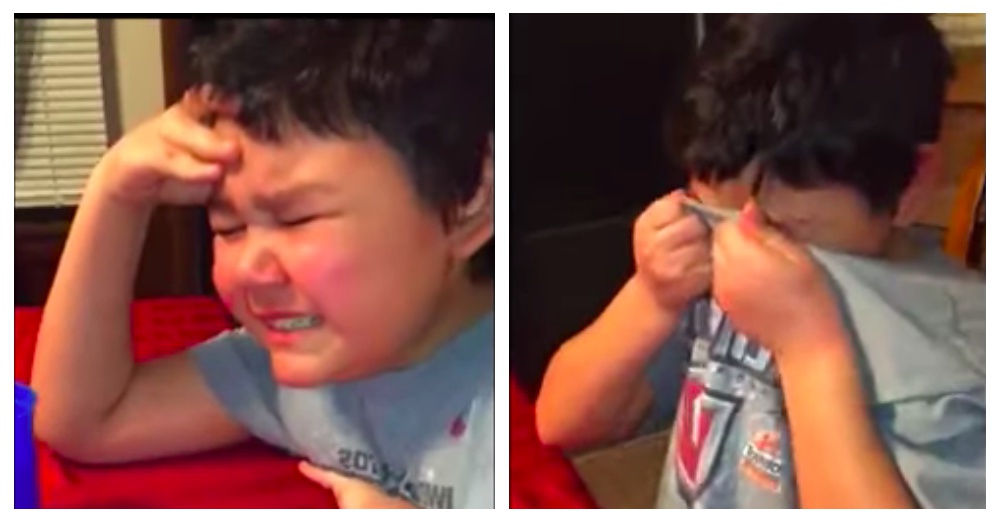 In August 2016 at the age of 6, Steven was diagnosed with acute lymphoblastic leukemia (ALL).
“This is just a touch of what he’s had to take over the past 3 yrs,” Ashley wrote on Facebook.

“My baby kicked cancer ass with a smile on his face and his head held high I could not be more proud then I am right now!!!!”

On December 14, Steven huddled over all of the pill bottles on the dining room table that represented his last few years of treatment and began to cry.

He told his mother Ashley not to worry, though — they were tears of joy.

This boy has every right to sob the way that he did. Just looking at those pill bottles makes it so clear just how much he actually went through, and at such a young age too. He is stronger than most. 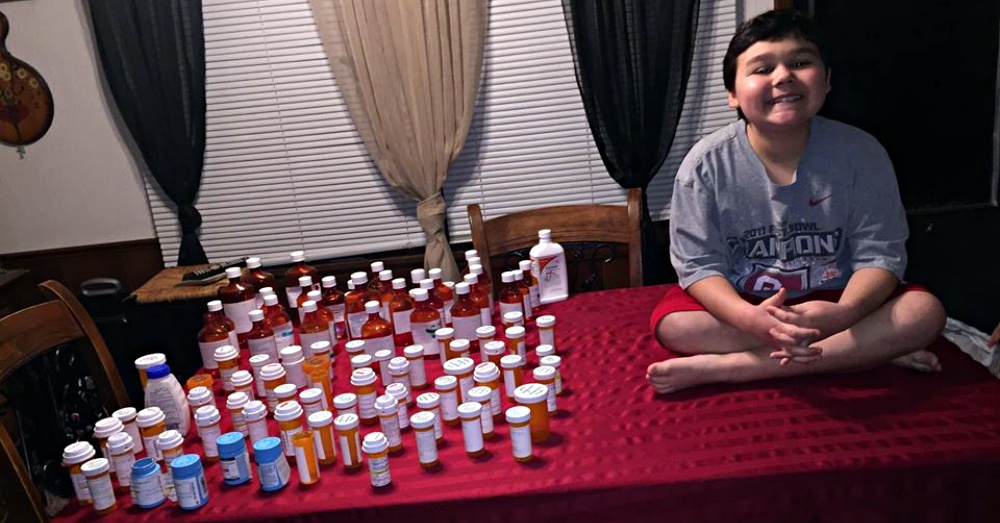 “You have never seen pure happiness till you’ve seen a 9-year-old little boy cry the most happiest tears ever to be cancer free and take his last chemo treatment!!” Ashley continued to write.

“My baby took his last chemo crying with a smile on his face!!!! God blessed my family! Both my sons have a story to tell!!! Listen and you all will hear of them going further than the stars!!! This is one of the most proud moments I’ve ever lived!!” 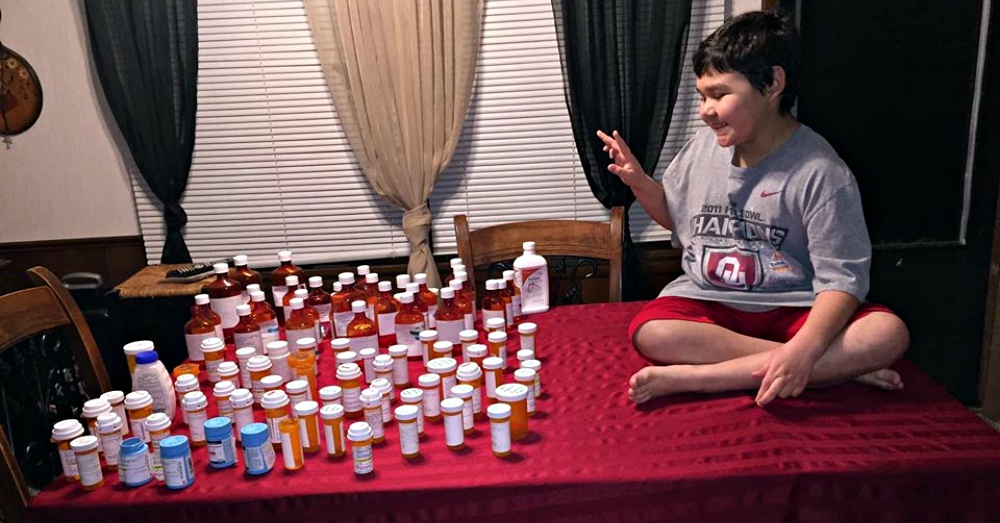 The video that she posted has no sound, but it doesn’t matter. The pure emotion the boy is feeling is so clearly felt through his facial expressions and his tears.

The video was so powerful.

The clip Ashley posted of her son was so heartwarming and powerful, it reached hundreds of thousands of views on Facebook. Other news sources reposted it too, which also reached 500,000+ views. 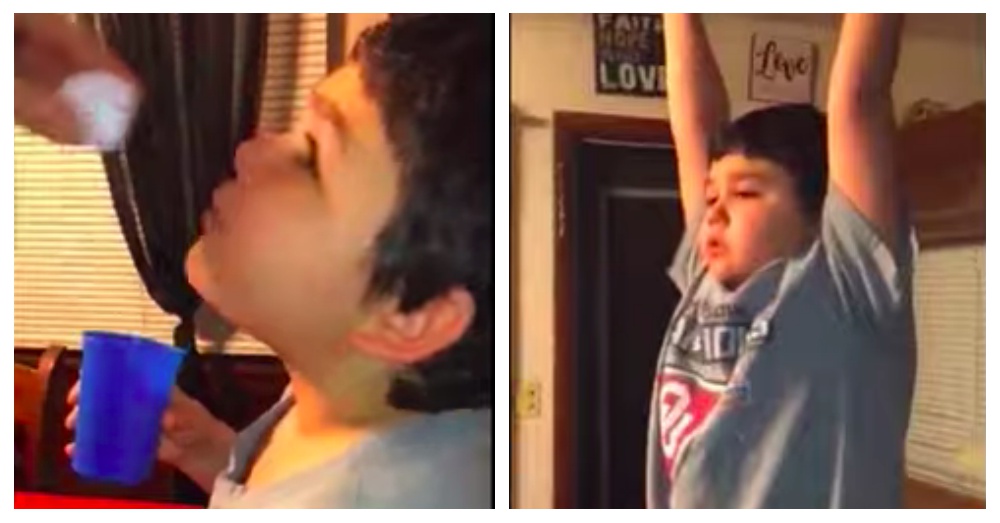 “Awesome to watch, indeed may you live a long, healthy prosperous life,” one person commented.

“Miracles do happen,” another wrote. “My daughter beat ALL too! Praying for a happy, healthy future for this strong, amazing young man!”

“I am sobbing….so truly moving and emotional. Having just finished chemo myself, I needed to be reminded of cancer’s effect on children and their families. What a beautiful and brave little boy. Bravo!”

People’s kind words are continuing to roll in by the minute. It just goes to show that you can really do anything.

We believe that there are stories happening every day that are worth sharing. Our mission is to find and distribute these stories to our readers as effectively as possible. Our hope is that every story you read will inspire, inform, or entertain.
Proper greatergood_ctg_belowcontent
Proper BCS greatergood_ctg_footboard