Why Shannen Doherty Is Thankful To Be Working Overtime

Actress, producer, and director Shannen Doherty is back to work more than full time now that her breast cancer has been in remission for several months. Working 7 days a week on projects like the new TV adaptation of Heathers isn’t for everyone, but Doherty is thankful for the chance to be able to put this much effort into her acting passion again.

On Monday, January 29, Shannen posted a photo of herself on Instagram with this note about how her life is going these days:

“Good morning. It wasn’t that long ago that I wondered if I would ever get to go back to doing what I love. Slipping into a character. Creating. Being on set, around the circus and feeling that deep satisfaction of accomplishment. This past week I worked 7 days. No weekend off and I loved every second. Yes I worked hard to get here but I’m also very blessed. Lucky, fortunate and not a day goes by that I don’t thank God for this blessing of a life I have. So off to work I go with a full spirit. A spirit of gratitude and love and deep appreciation. There is beauty in everything.” 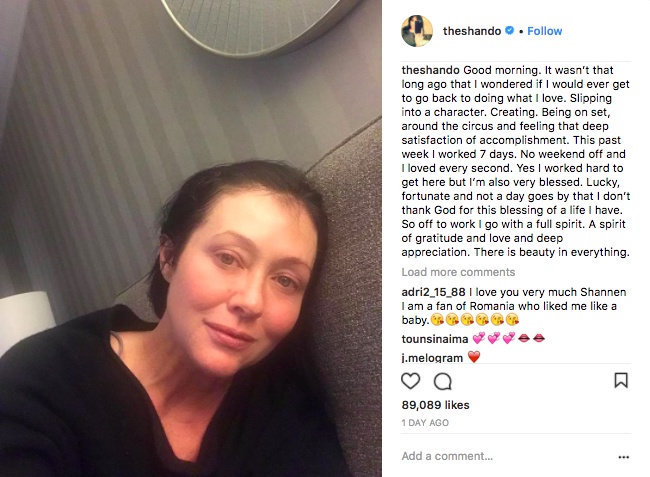 The 46-year-old actress, who is perhaps most famous for her role as Brenda Walsh in Beverly Hills, 90210, was diagnosed with breast cancer in 2015 and learned that it had spread to her lymph nodes. She underwent anti-estrogen treatment, a single mastectomy, chemotherapy, and radiation in an attempt to eliminate the cancer. 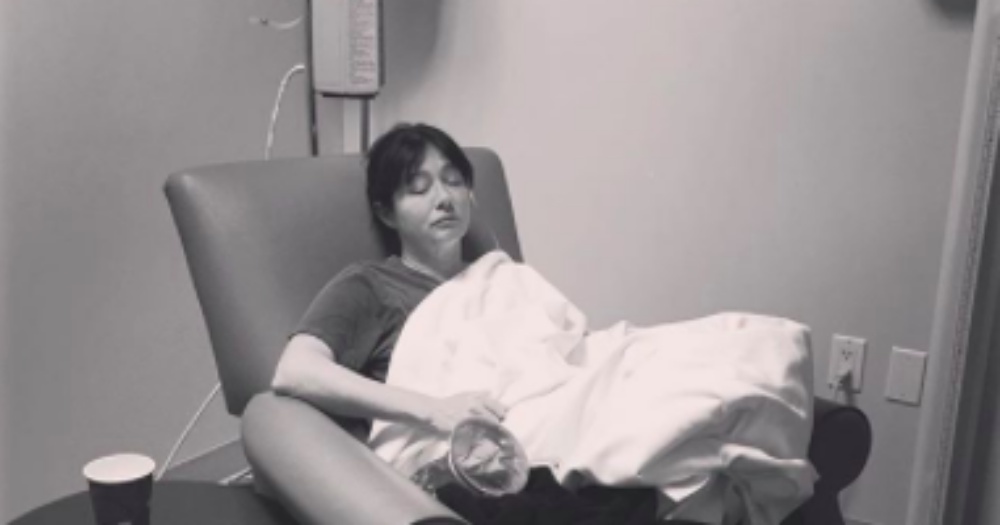 In November of 2016, Doherty, always the optimist, announced that she thought cancer had made her a better person and was grateful for the experience. In April of 2017, her cancer was officially in remission.

Now that she’s had some time to heal and slowly get onto the television scene again, Doherty is back and better than ever!

The Breast Cancer Site congratulates you, Shannen! May you remain in good health and continue to entertain the world for decades to come.