It’s very common for women who have had breast tissue removed because of breast cancer to be very self-conscious about their bodies and very uncomfortable with being naked. However, five brave women have conquered their fears and gone on television nude except for panties and pasties to have their bodies painted by artists.

Skin Wars is a television show in which several artists compete in weekly body painting challenges. Eliminations occur in each round, until only three are left to compete in the final challenge. In this episode, these five breast cancer survivors were asked to participate in two body-painting challenges on Skin Wars. The goal of the first was to depict the participants’ unique breast cancer survival stories. Then the artists were asked to create a second body painting that represented their subjects’ inner warriors. 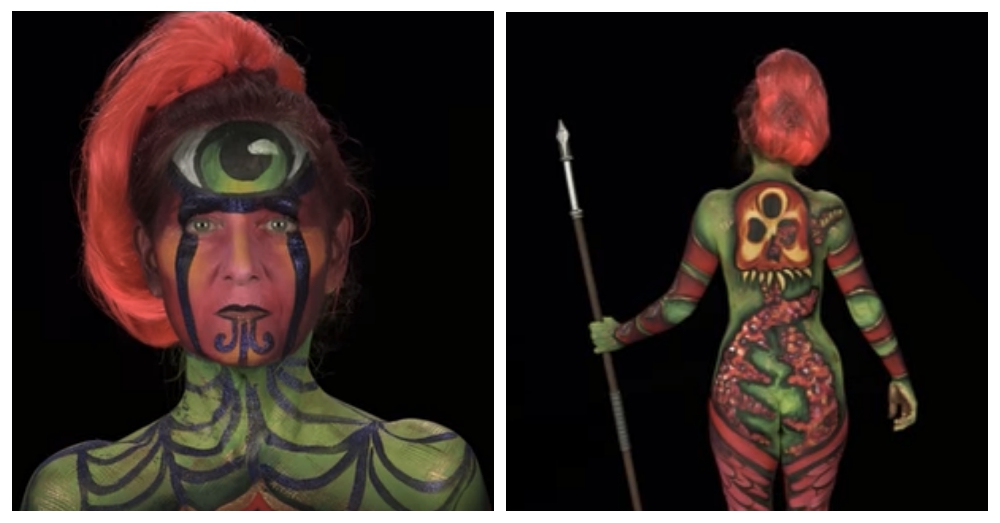 53-year-old Courtney Lercara, pictured above, said Skin Wars made her remember how important it is to live life while you still have time.

“Get out of your comfort zone and do things you think you could never do. [Skin Wars] was something that—besides maybe jumping out of a plane one day—was hugely out of my comfort zone. But it was one of the best things I’ve ever done in my life.”

Check out the video below to see Courtney’s finished look as well as the four other beautiful and strong women who allowed their bodies to be used as canvases for this inspiring challenge!