Stephanie Bruce is a professional runner who developed diastasis recti after giving birth to her two children. The condition involves the partial or complete separation of the muscles in your stomach, called the rectus abdominis muscles — the ones commonly referred to as a “six-pack.”

When Bruce leapt back into training for the Olympics after the birth of her second child, she was in her early 30s. She worked hard to improve her core, and though she saw a ton of progress in her strength and abilities, her stomach didn’t seem to be bouncing back like it should.

She knew she had developed diastasis recti, and decided to share her journey with the public through posts on Instagram. 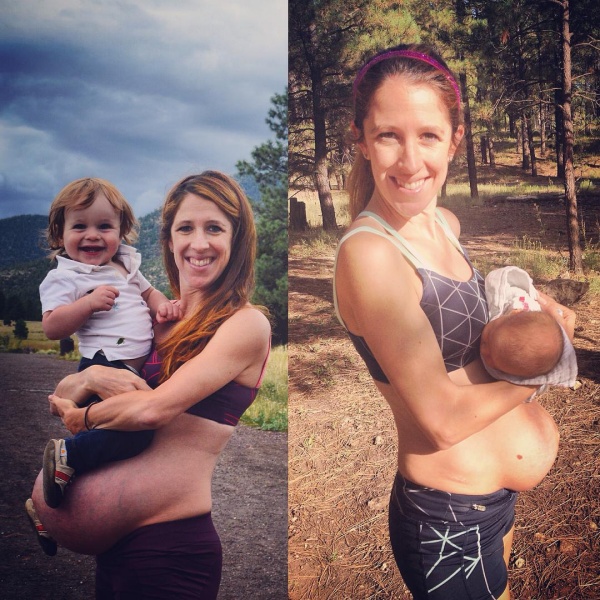 Bruce favors working out in shorts and a sports bra, and wasn’t about to change that just because her stomach didn’t look the same as it did before. Because of her posts on social media, she has raised awareness about the condition and, in turn, let other women know they aren’t alone.

Shortly after childbirth, Bruce could stick three fingers in between the walls of her abs. Then eventually it dropped to two. 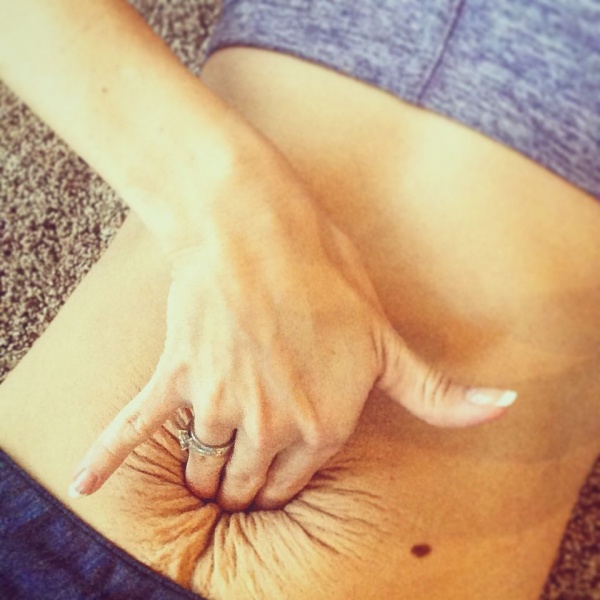 “For all you post partum moms who have reached out about my experience with DR, this one’s for you. This is my stomach 3 years post partum. This is as good as it will get for me. I still have a 1 finger gap, extra saggy skin, and stretch marks. But my core is also the strongest it’s ever been, and the proof has been no major injuries in my hips, glute, back, and core since giving birth. This is how I look, but not how I feel. When I’m training hard, lifting, sprinting at the end of races I feel the strongest core possible. It doesn’t look the same as the women I race against who haven’t given birth, but who gives a crap. It took me a while to be comfortable in my own skin, but every time I run in a sports bra, wear crop top shirts I grow a little more confident in my post partum body. I wrote about my experience with Diastasis Recti and the steps I took to get from peeing my pants constantly, pain in my pelvis to years later crushing it. Read on, hope it helps, link in my bio🙌🏻 #diastasisrecti #journeywithsteph” 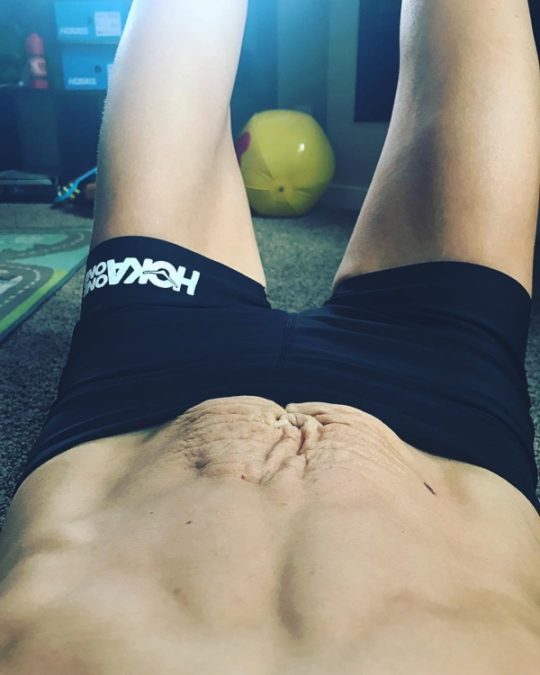 The condition is more common than you might think, and as many as 60% of women may develop it either during pregnancy or postpartum. This is because when the uterus stretches to accommodate a growing baby, it pushes forcefully against the muscles in the abdomen to make room. Giving birth can cause additional damage to your abdominal muscles. 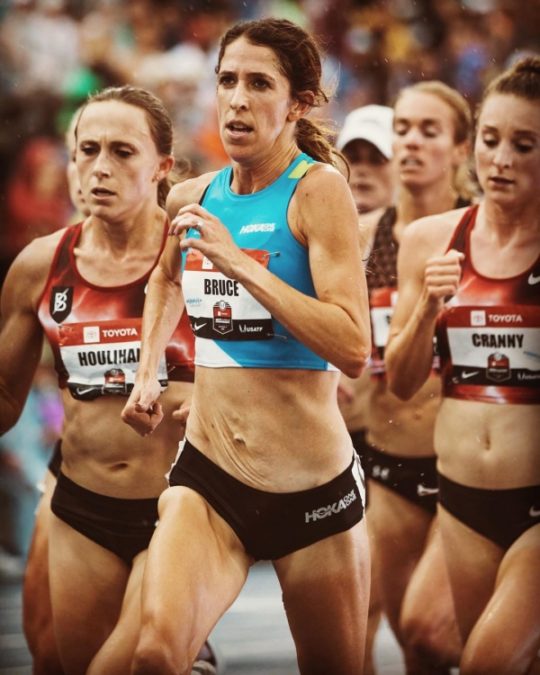 Diastasis recti isn’t only limited to pregnancy, though. It can stem from unsafe or excessive exercise habits, such as lifting heavy weights with poor form.

Sometimes newborns are born with the condition if they are premature, and it usually resolves naturally for them over time. 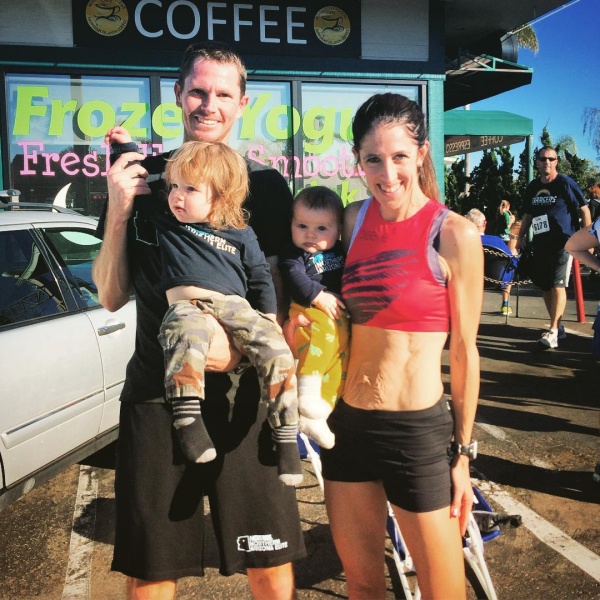 If you develop a bulge or cavity in your stomach after pregnancy — that becomes even more noticeable when straining or contracting your stomach muscles — this could be a sign of the condition. It may also cause lower back pain, poor posture, constipation, and bloating.

Bruce has cheerfully likened hers to the Grand Canyon. 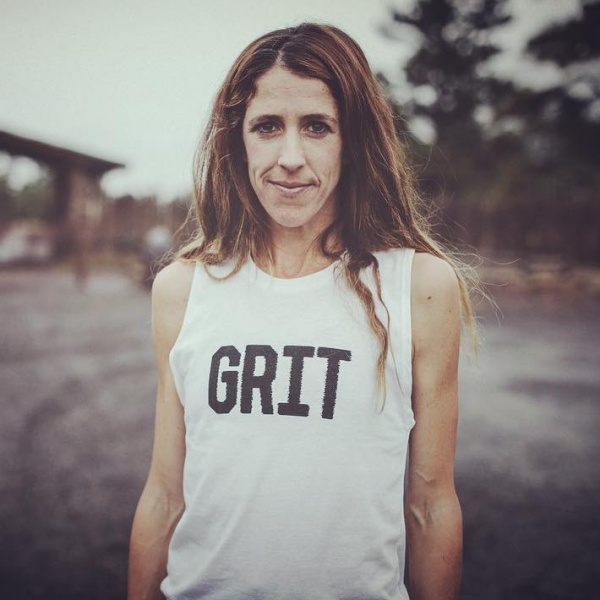 Bruce’s confidence and willingness to share her diagnosis with the public is admirable. She doesn’t care what she looks like compared to other runners, and her confidence only keeps growing.

“It doesn’t matter what you look like, it’s a matter of how you feel and how strong you are,” she told Inside Edition in the video below. “Just kind of be confident and own your own skin.”

Learn more about her journey with diastasis recti in this video.